Honor Play is arriving in the Philippines next month.

In a Facebook post, Honor Philippines has revealed their plans of bringing the Honor Play in the country. The company is asking its fans to guess the price of the upcoming smartphone and they’re giving away Honor Sport Bluetooth earphones for those who will get it right.

As a refresher, Honor Play is the budget gaming smartphone launched by the brand last month. Specs-wise, it’s got nothing against the top gaming handsets like the ASUS ROG Phone and Xiaomi Black Shark. But that’s primarily because Honor Play focuses on value for money. 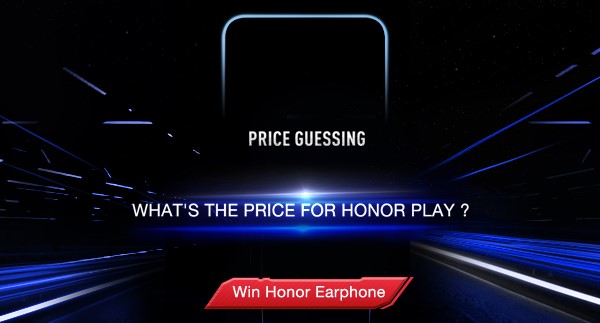 Powering the device is a HiSilicon Kirin 970 octa-core CPU (with NPU) and either 4GB or 6GB of RAM. This is the same chipset used in other Huawei flagship smartphones like the Mate and P20 series, so we expect it to perform admirably in resource intensive tasks and gaming. It only has 64GB of built-in storage but it can be expanded through the use of a micro SD.

The posted Facebook photo indicates a date of August 6, so we’re not quite sure yet if that it’s indeed the exact launch date in the Philippines.