The long-awaited refresh to Microsoft’s in-house tablets happened last Monday, and that covered the new Surface 2. With many changes deemed beneficial for users, the Windows RT-powered tablet comes with performance increase and much-needed improvement in screen resolution.

Unlike the first Surface, the second iteration boasts the same high-definition (1080p) screen found in the Microsoft Surface Pro 2. Battery life is claimed to last for 12 hours, a 25-percent increase from the original, thanks to the Nvidia Tegra 4 processor that also delivers faster computing performance. The USB port, on the other hand, has been upgraded to 3.0 for 4x faster file transfers. Camera aficionados will appreciate the upgraded shooters that are both crisp and clear even in low-light environment and capable of 1080p video recording. Microsoft also managed to make the Surface 2 thinner and lighter. 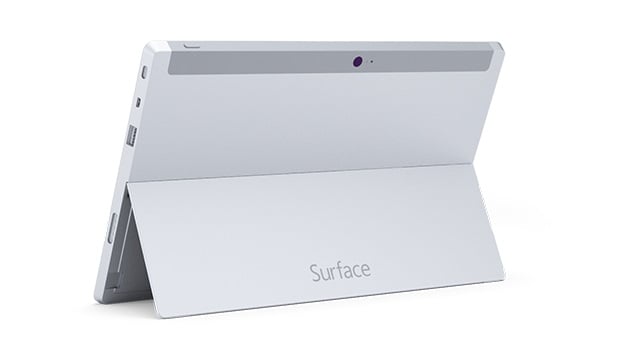 Like the model preceding it, the Microsoft Surface 2 still runs a version of Windows RT. Think of it as a watered down of Windows 8.1 that can’t run legacy desktop apps. What it can run instead are modern apps found in the Windows Store. There are 100,000 available, up from 10,000 this time last year, although most of them aren’t exactly as intriguing or exquisite as the ones found in app stores for Android and iOS.

Perks and freebies in Microsoft Surface 2 include a 200GB free Skydrive storage for two years. Owners will also be entitled to one year of free, unlimited voice calling through Skype. And finally, the Outlook email client, as well as a calendar app, will be joining Word, Excel, and Powerpoint in the bundled Office RT.

Just like with the Pro model, the Microsoft Surface 2 is slated for an October/November release in 22 countries, the Philippines excluded. Pricing starts at $449 for the tablet alone, with extra costs when buying the new accessories.