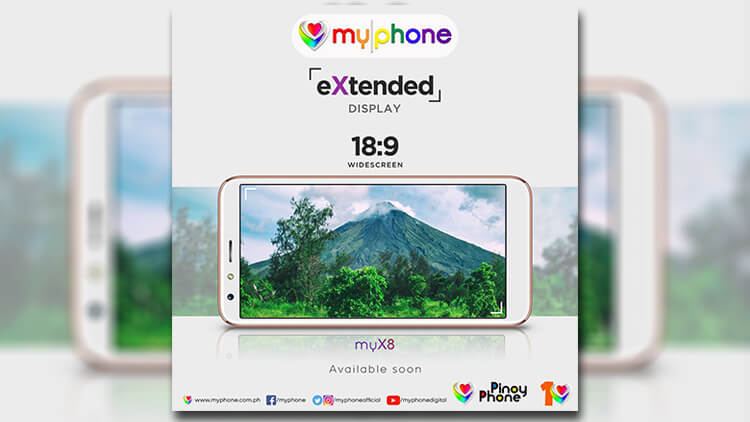 In their Instagram page, it seems that the company is touting the MyPhone myX8as their “X-year offering” for its fans. But a quick search on their Wikipedia page shows that the company has been around since 2007. And this year is, in fact, their eleventh year.

But whatever the case may be, the MyPhone myX8 looks like the next exciting thing to come up from the company. MyPhone hasn’t provided us with any concrete details yet other than the device having an 18:9 aspect ratio screen.

However, if you look closely at the image of the device shown on the teasers, the MyPhone myX8 will have a front-facing flash which means that this phone might be centered for the selfie lovers, just like most budget-friendly smartphones in the market today.

The device will also have a curved back, making it really comfortable in the hands. Plus, its shiny back cover will mean either of two things. One, it is made with premium glass, or two, it’s from cheap plastic. For us, we’re betting on the latter.

For now, let’s just wait and see what MyPhone has in store for us. The company hasn’t revealed the official launch date yet, so I guess we’ll have to wait a little longer.