If you have been an active user of an Android smartphone, there’s a good chance that your device might be infected with a malware.

This is based on the statistical interpretation of the studies conducted by Nokia which suggests that more than half of all Android devices across the globe are affected.

This conclusion was derived from multiple studies as spearheaded by NetGuard, a subsidiary company for Nokia, which covered the continents of Asia, Europe, and North America.

According to Nokia’s Alcatel-Lucent Kindsight Security Labs Director, Kevn McNamme, “The Android platform is the most highly targeted by cybercriminals. Google has done an excellent job with Google Play Protect and they’re really securing the app infrastructure for the Android devices.”

“The main threat vector for Android phones is trojanised apps. In the Android space, Google has tried to address this by doing a good job securing Google Play,” he added. 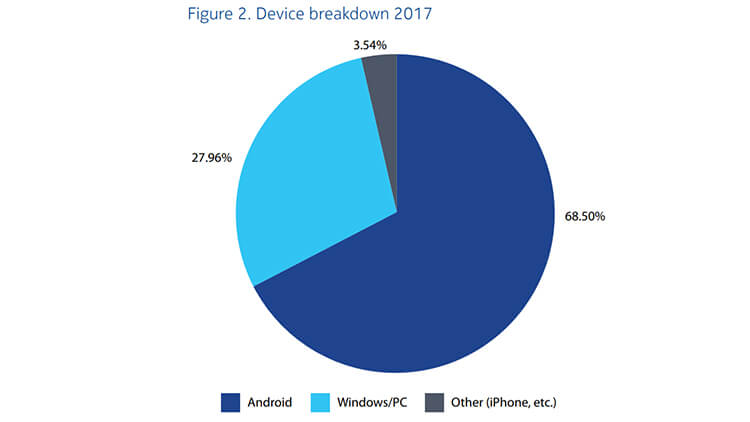 Apparently, one major factor as to what makes Android placed in such a very vulnerable position is due to the existence of third-party app stores which act as a gateway for malware.

However, this does not make Google completely negligent about these seemingly detrimental apps existing in its ecology. In fact, Google had just recently revealed an added layer of protection to the Google Play Store in the form of Play Protect Security which is essentially a firewall.

Of the three dominating mobile operating systems, Windows devices appear to be the second most infected by getting around 28% while iOS users are the most secure with them being at only 3%.