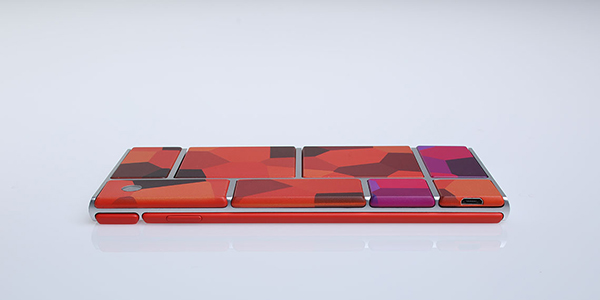 What’s so good about technology is that what’s impossible a few moments ago can become reality at a proverbial snap. Take the modular phone, for instance.

When Phonebloks was announced, it piqued everyone’s curiosity, but most people took it as a proof in concept: something attainable in a half a decade at least.Well, if you’re planning on modular hardware, start saving up for as early as next year because Motorola (in partnership with Phonebloks) just confirmed their modular phone named “Project Ara“, and like our well, known actress, the concept phone looks sexy.

If you’re unfamiliar with the concept, Project Ara aims to do with hardware what we do with apps: customization supreme! Almost every component (or maybe every component, I don’t know, let’s make our imaginations run wild!) is modular, so we can upgrade and/or change every facet of the phone.

On the onset, what you have is the phone’s skeletal framework termed endoskeleton (or endo for short). You then place the modules on the endo to complete your phone. In Motorola’s own words, “A module can be anything, from a new application processor to a new display or keyboard, an extra battery, a pulse oximeter–or something not yet thought of!”, meaning the possibilities are endless.

The smartphone has truly become a PC-like. Want more RAM? Change the module. More internal storage? Ditto! Need a fingerprint scanner? Well, there’ll be a module for that, too (I would assume). Better camera? check that, too. Man, I’m already salivating just tying about this! So, instead of buying a brand new phone to get a feature that you want, all you need to do is buy a new module. I would assume that modules would be a lot cheaper than phones. This is a boon for the likes of me since I’m constantly changing phones to fit my needs. I would assume that it’s a boon for maintenance, too. A component got busted? Just buy a replacement module! No need to go to the service center and leave your phone for weeks on end just to have it fixed.

It’s the ultimate phone, a phone worth keeping, and could be one of the most significant developments of the decade (IMHO, of course).