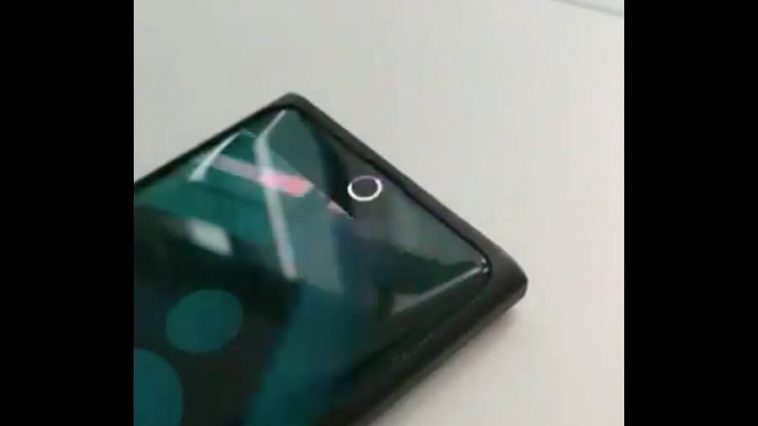 The post shows what seems to be a prototype smartphone that has a real all-screen display, with no notch, screen cut-out, nor a pop-up mechanism on the top.

With that, you might be wondering where the selfie camera is. And as per the video, it looks like OPPO has finally figured out how to seamlessly hide the front-facing camera behind the display. Something that a lot of manufacturers have been trying to figure out for years.

For those seeking the perfect, notchless smartphone screen experience – prepare to be amazed. 📲

You are taking a very first look at our under-display selfie camera technology. RT! 🤯 pic.twitter.com/FrqB6RiJaY

Upon launching the camera app, you can see that a quick animation circling around an empty space in the middle part on the top of the screen, which highlights where the hidden under-display camera is.

This is definitely a more neat solution to achieve that all-screen design than the pop-up mechanisms, notches, and display cutouts that we saw on a lot of devices today.

However, as stated earlier, the device in the video looks like a prototype one. There’s no official word yet about its full specs and features as well as the release date. Hopefully, we would hear from OPPO soon.