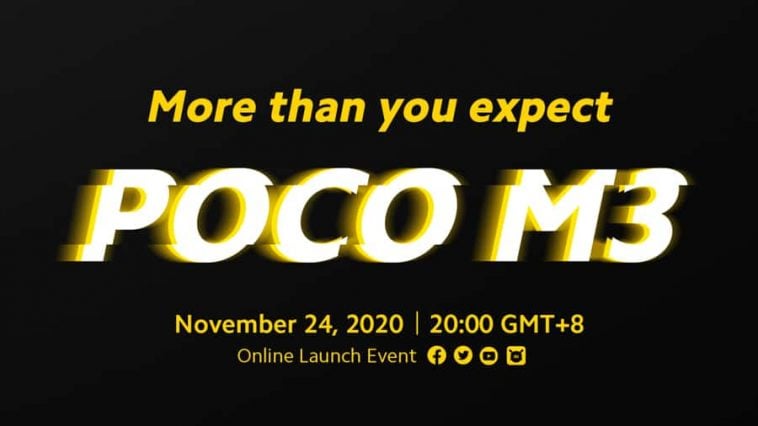 Xiaomi sub-brand POCO has started building a hype for its upcoming smartphone, the POCO M3.

The company announced that the POCO M3 will be released on November 24, 2020, at 8 PM via a live stream event on their Facebook, Twitter, and YouTube pages.

What’s interesting is, Xiaomi Philippines has promoted the event themselves, which means that that the country will also get first dibs on the device, just like what happened on the POCO X3.

As the name suggests, it’s the third installment to the POCO M series, which currently consists of the POCO M2 and M2 Pro.

The full specs and features of the device are yet to be announced. But looking back, there’s a chance that it’s another rebranded model of a Xiaomi device.

Rumor has it that the POCO M3 will be a renamed version of another upcoming smartphone, the Redmi Note 10.

There’s a high chance that this rumor turns into a fact as the POCO M2 was only a rebranded Redmi Note 9S, and the M2 Pro from Redmi Note 9 Pro.

It’s highly likely that the POCO M3 / Redmi Note 10 will feature the latest Snapdragon 750G processor, at least a 48-megapixel main camera, an LCD screen with a punch-hole for the selfie camera, a 5,000mAh battery, and 33W fast charging. We’ll have the official specs list on the 24th, so stay tuned for that.