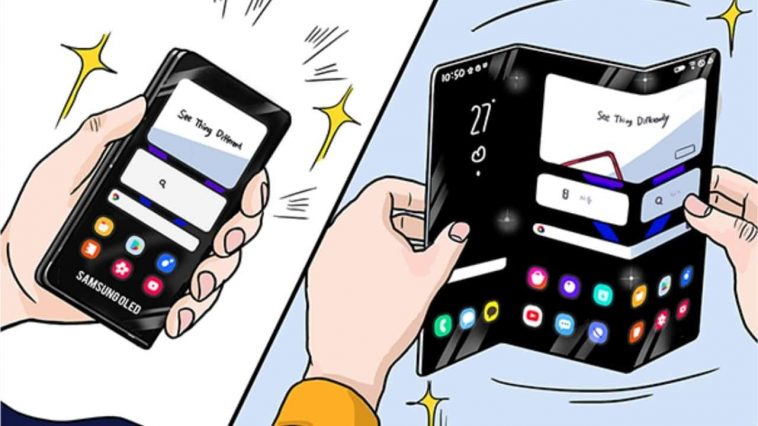 Samsung appears to be taking the smartphone design to a different level as it shows conceptual blueprints of what a future Samsung device would look like if it deviates from the convention.

In the Samsung Display blog, it showcases not just one, but two designs.

The first image depicts what seems to be a next-level Galaxy Z Fold 2 with its ability to fold literally a third of its overall width. But, also, with the major distinction that the new layout would not require an external display.

Looking at the bottom section of the device’s display, however, are words that state “Samsung OLED” indicating the kind of screen to be expected with the blueprint.

The next image is a completely unique design that could render the competition a run for their money, as far as innovation is concerned. It features a rollable display that could transform a smart device into literally a tube or pen-sized gadget. Essentially, taking the notion of “portability” to a different level—one that you could fit in your breast pocket should you want to.