Smart finally unveiled its postpaid plans for two of the hottest smartphones from Samsung, the Note 5 and S6 Edge+.

Samsung’s latest stylus-equipped phablet is available under All-In Plan 1200. It requires a one-time cash-out of Php15,576 (or, when using a credit card, Php649 monthly installment for 24 months). The plan is customizable, meaning the subscriber can choose specific bundles that suit their mobile needs. For instance, the Big Bytes 799 bundle entitles the subscriber with 4.5GB of Internet access and leaves the subscriber a consumable amount of Php401. 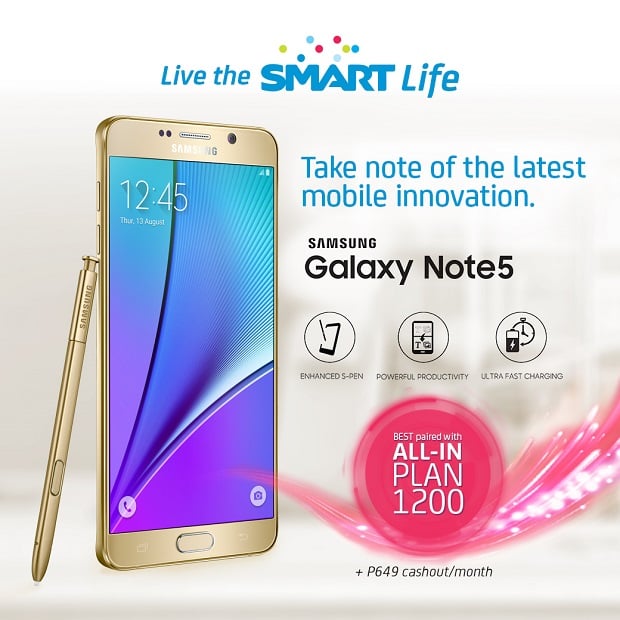 On the other hand, Smart recommends getting the beefed up version of the S6 Edge via the Surf Plus Plan 1999. Under this postpaid plan, a Php7,500 one-time cash-out is required and the contract lasts 24 months. Surf Plus Plan packages are best suited for mobile users with heavy Internet usage. That said, Surf Plus Plan 1999 comes with 9GB data allowance in addition to free calls, texts and access to an exclusive app. 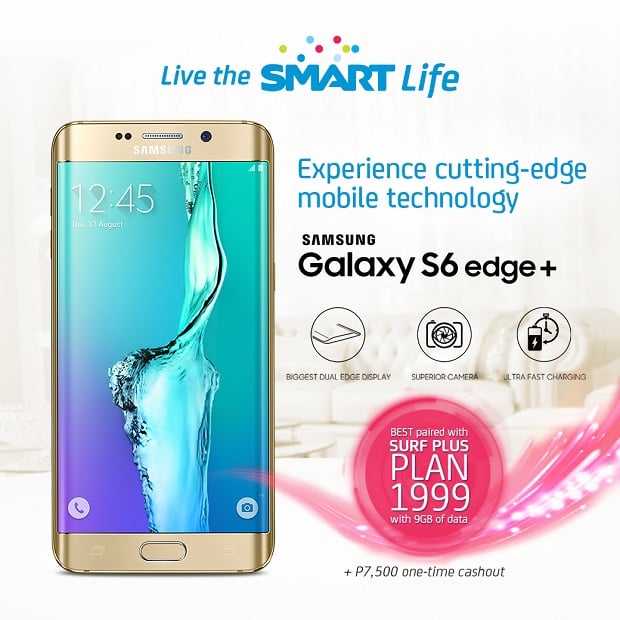 Both the Note 5 and S6 Edge+ launched in August, and shortly after Smart began accepting pre-orders from its postpaid customers. Pre-orders are still ongoing, and those who apply during this period will receive free text and call bundles. Interested users can apply at the Smart website. Both devices are available under other packages of the All-In and Surf Plus postpaid plans.