Nokia and HMD Global have a smartphone offering in almost every smartphone category. And when the Nokia 1 comes out, the company would have an added stronghold in the budget sector.

You can already tell that it’s a low-end device just by the leaked official renders. The thick bezels and seemingly small profile kind of gives it away easily.

Also, the device will stick to a 16:9 aspect ratio screen unlike the 18:9 display that’s found on the recently leaked Nokia 7 Plus. 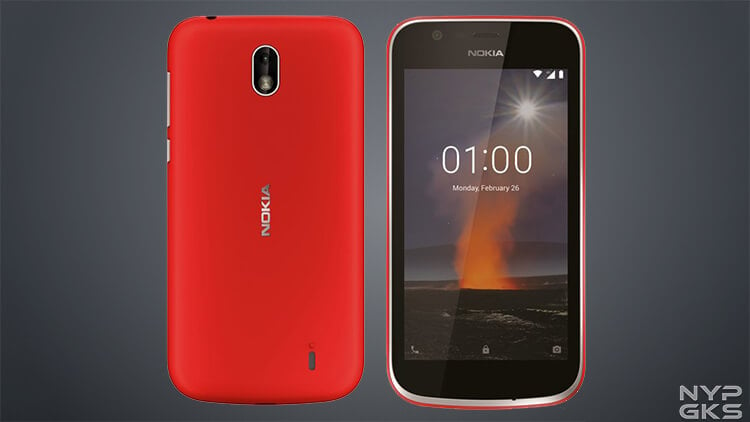 We also noticed that there’s only a single camera on the back and another one at the front. And as far as other specs go, what we only know so far is that it can possibly have a 720p screen, 1GB of RAM, and 8GB of expandable storage.

Lastly, the device is said to be part of Google’s Android Go program. This means that we can expect it to run in a hardware-friendly interface and without much bloatware.

HMD Global is yet to announce the official launch date of their rumored devices.