There had been previous rumors about the OPPO R19 and Vivo X25 coming out with pop-up cameras. Now, it’s been confirmed that Vivo’s attempt will be the V15 Pro, while this newest one, the F11 Pro, shall be OPPO’s.

According to a leaked poster for the F11 Pro, it will come out with a 48-megapixel primary camera with a tagline “Brilliant portrait in low light”. It will have either have a Samsung ISOCELL GM1 or a Sony IMX586 sensor. 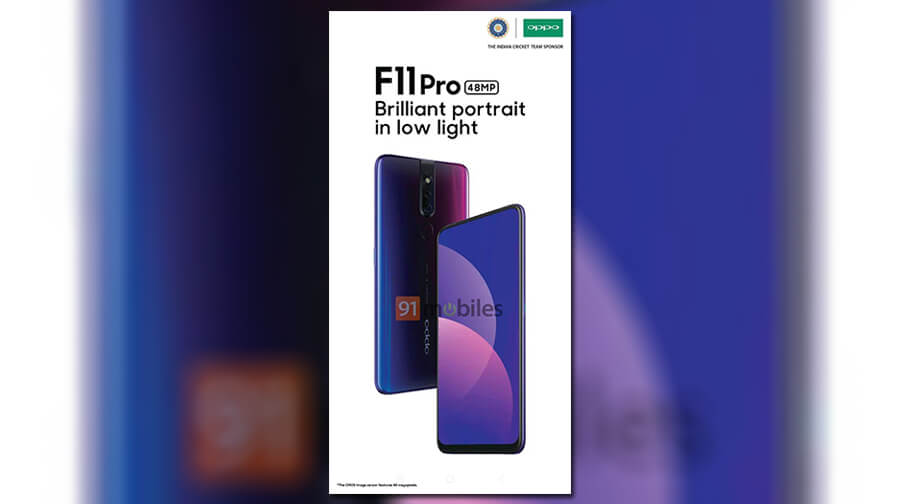 The front-facing camera will pop-up from the middle, with a selfie shooter of 32 megapixels. Meanwhile, the dual camera setup found on the rear side of the phone will be coupled with a single LED flash, a fingerprint scanner, and a neat gradient color which is blue on one side, red on the other — an identical paint job style that OPPO did on the R17 Pro.

It’s no secret that OPPO and Vivo are from the same company. Which is why we should expect the F11 Pro and the V15 Pro will have tons of similarities.

Thanks to the details that we already know about the Vivo V15 Pro, we kind of know what to expect with the F11 Pro. For one, it should have the same Qualcomm Snapdragon 675 processor. With at least 6GB of RAM and 128GB of storage.