While smartphones continue to become more and more accessible to the general public, internet speeds in the Philippines haven’t been all that great at keeping up. That’s why Smart LTE’s rollout of 1,400 LTE sites nationwide should be seen as a major step forward in boosting the countries 4G infrastructure.

The telco will be deploying 400 FD-LTE sites, which deliver mobile LTE services, all over the country, although a majority of it will be centered in the Metro Manila area. On the other hand, 1,000 TD-LTE sites will be rolled out to deliver fixed LTE services.

Recently, Smart activated its LTE-A network on Mactan Island, Cebu and held an event at the 10th Asian Carriers Conference to publicly test its speeds. Attendees were consistently able to achieve speeds in excess of 100Mbps. Another LTE-A site went live just the month before in Mandaluyong as well. 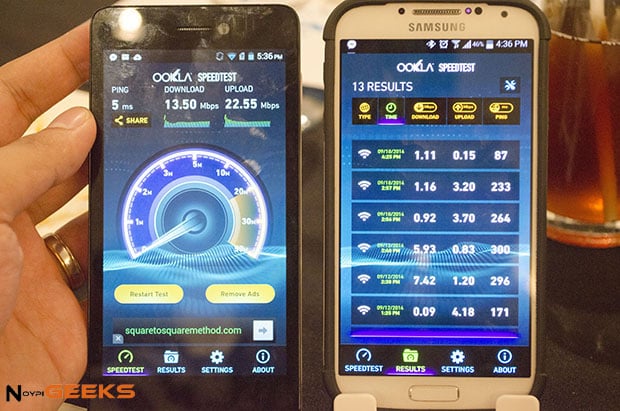 I had the opportunity to test these speeds at the Makati event, and being an LTE subscriber with a competing telco, I eagerly did a side-by-side test with the LTE-A hotspot they had made available at the event. I was the sole user of my competitor’s LTE hotspot while the one they made available at the Smart event probably had 20 or so people connected to it.