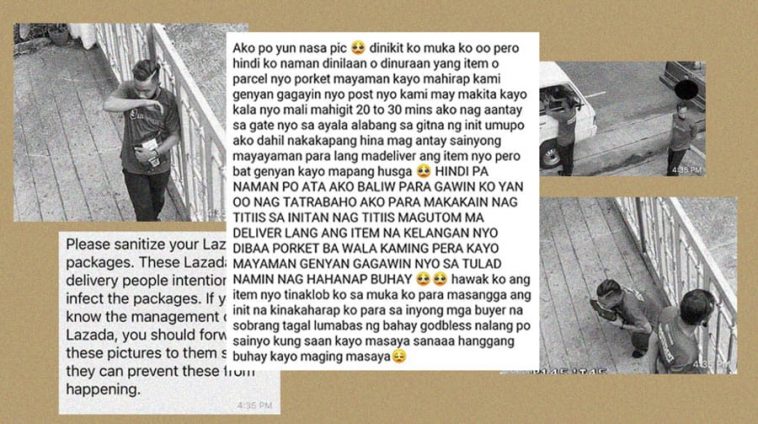 You’ve probably seen the image circulating above accusing an e-commerce delivery rider of infecting a parcel he’s about to deliver.

The post shows a screenshot from a CCTV inside a village. The pictures show the delivery guy putting his mouth close to the parcel, while another shows him wiping his mouth. Considering the health crisis we’re in, the screenshots insinuate that the rider was infecting the parcel on purpose.

The Facebook post is also encouraging the people to sanitize their parcels and accuses delivery riders of intentionally infecting packages.

Not long after the post went viral, the accused rider acknowledged that it was him on the photo and expressed his dismay on social media. The rider explained that he only put the parcel close to his face as a shield from the heat because he’s been waiting for the receiver for about 20 to 30 minutes. You can see his full statement below.

Using hashtags, the rider is asking people to respect all delivery riders. You can read his post below.

Still, whatever the case may be, it’s a smart idea to sanitize every parcel you receive.