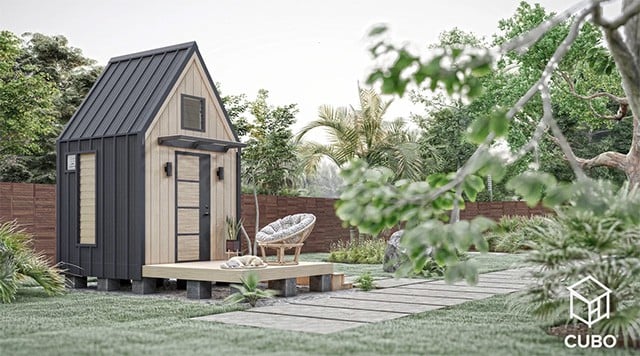 Owning a real estate can be a very expensive undertaking, especially nowadays when the value of housing is at its all-time high. This means that, more than ever, fewer people are reaching their dreams of having an asset to call their own.

Knowing the importance of having a roof over one’s head and the price that comes with such privilege, a Philippine startup, Cubo Modular, ventures to bring affordable shelter to people, which can be availed for as low as Php89,000 or as high as Php499,000.

Best described as a 21st-century rendition of the “bahay kubo,” each house can be assembled in just a matter of hours, IKEA-style.

Holding on to the statement, the exec swears by its company’s product for its resiliency and ruggedness to endure even the repercussions of the act of God, like typhoon and earthquake.

The secret behind the claim is the engineered bamboo which the company says is “14 times stronger” than that of common household hardwood materials, Yakal and Narra.

Adding to its testimony, Cubo Modular cited an experiment it held last December where two of its completed units at Wack-Wack, Mandaluyong have managed to withstand a strong earthquake.