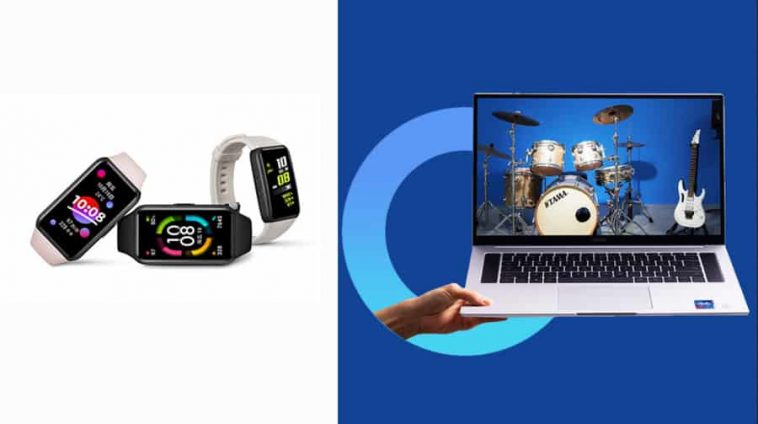 Honor has released two new products for the global market.

First, we have the Honor Band 6. This thing has a 1.47-inch rectangular AMOLED screen, which is noticeably larger than the Realme Band or the also-new OnePlus Band.

It has all the usual features you’d expect from a modern smart band. There’s the SpO2 blood saturation level monitoring, heart-rate sensor, steps counter, workout and activity tracking, stress level monitoring, and female cycle tracking. Disappointingly, no NFC for this one.

On the other hand, the new Honor MagicBook Pro is similar to the Ryzen 4600H CPU model. This time, it’s powered by an Intel Core i5 10210U processor with a GeForce MX350 GPU.

It’s rumored to have a price of USD999 (around Php48,000). Prices may vary in different locations due to the new tariffs imposed on Chinese tech companies.