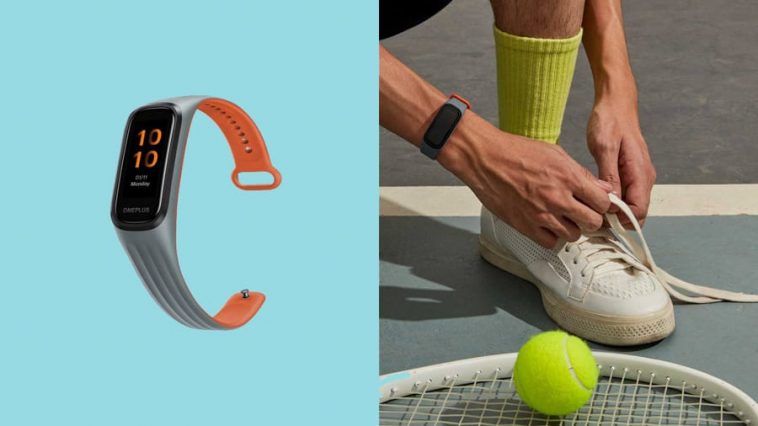 OnePlus is the latest Android manufacturer to come up with a smart band. Here we have the aptly named OnePlus Band.

The OnePlus Band is pretty similar to the other smart band we’ve seen before. But this time, the band itself has a slightly different look. It has vertical lines accent that is available in three colors: Black, Navy, and a distinct Tangerine Gray with orange color on the inside.

OnePlus highlights that their first fitness band is really light. The main body is only 10.3g, lighter than the band itself, which is only at 12.3g. That’s a total of only 22.6g.

Built for workouts and training, the OnePlus Band has 13 exercise modes and a Free Training option if your activity is not part of the list. The body itself is 5ATM and IP68 water resistance, so you can go swimming with it.

We then have a 1.1-inch AMOLED touch screen on the front. The colored panel lets you pick from over 37 different watch faces. Sadly, there are no physical buttons on this thing.

Like the latest Apple Watch and other modern wearables, this one has a SpO2 blood oxygen saturation monitor, heart-rate scanner, and sleep tracker. You can track all these data from the OnePlus Health app, which is only currently available on the Google Play Store.

Speaking of which, the OnePlus Band connects to your Android phone via Bluetooth 5.0. It then fills up via a dedicated charger that connects via pogo pins. A single charge is said to be enough to last you for up to 14 days.

The OnePlus Band has a price of INR2,799 (around Php1,800), while a different smart band can be purchased for INR399 (around Php300). It will be initially available in India and should be released in countries like the Philippines soon.