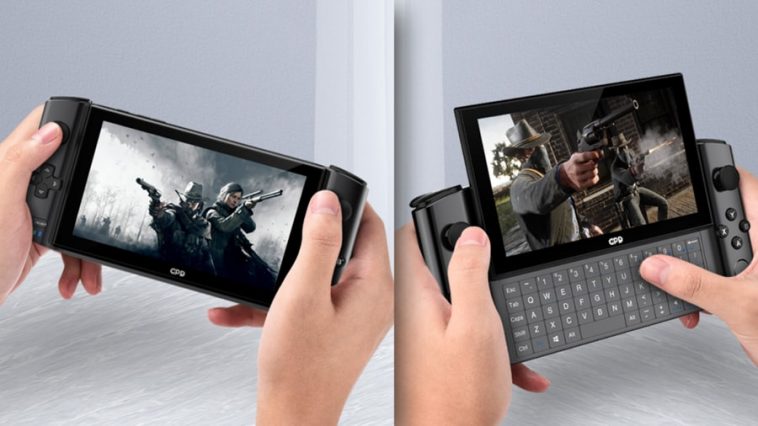 A lot of PC gamers have one dream: to take their gaming experience on the go. This latest product in IndieGoGo, the GPD Win 3, will try to solve that.

The GDP Win 3 brings the portability of the Nintendo Switch for PC gamers. This small, handheld console-like machine runs on a full Windows 10 OS, which could theoretically help you run PC games on the go.

You have an option to get an 11th-Gen Intel Core i5 CPU clocked at 2.4GHz or a Core i7 processor clocked at 2.8GHz that can be boosted to 4.7GHz. It’s paired with 16GB of LPDDR4 RAM and 1TB of PCIe 3.0 SSD. Handling the graphics is an Intel Xe GPU.

It’s claimed to last for 2 to 3 hours of heavy gaming, 6 to 8 hours of light to moderate use, and even 11 hours with a light workload. Juicing up the battery is a 65W PD charger.

For connectivity, the Win 3 has WiFi 6, Bluetooth 5.0, and has a slot for a microSD card.

The most interesting feat here is the design. There’s a 5.5-inch 720p slide-out screen, which reveals a touch keyboard. There’s a D-Pad, light indicator, and a joystick on the left. There’s another joystick, ABXY keys, fingerprint scanner, and an Xbox Key on the right.

PC gamers might hate it, but there’s really no going around the fact that you have to have a console-like controller to play on the go. In addition to the side buttons, there are two custom keys on the back and R1/R2 and L1/L2 on the top.

Being a Windows PC, there’s a USB Type-A on the top and a Thunderbolt 4 port on the bottom. We also have a 3.5mm headphone port, volume controls, stereo speakers, and the power key.

Just like most bizarre products like this, the GPD Win 3 is out for crowd-sourcing in IndieGoGo. The webpage shows a couple of video demos of triple-A games running on this machine. One game showcased is Red Dead Redemption 2, which appears to run at around 45fps. You can learn more about it here.