In an unorthodox manner, ASUS’s first Zenfone 4 device is a midrange smartphone. Last year, the Taiwanese brand introduced the Zenfone 3 line with a flagship. But now, what we’re first seeing is the ASUS Zenfone 4 Max.

Since it bears the “Max” branding, this Zenfone 4 device will sport an ultra-large capacity battery. Just like its predecessor, the ASUS Zenfone 4 Max also brags a 5000mah battery. ASUS claims that this phone can last for up to 46 days of standby time with LTE connectivity enabled.

You can also share its bountiful juice to other smartphones as it can transmit power from within. And with an included cable, the Zenfone 4 Max instantly doubles as a power bank.

But on the downside, it will take you 4 hours to fill the battery up. If you don’t mind getting a full recharge, a quick 15-minute top-up can provide 3 hours of talk time.

Furthermore, another notable feature is the dual-camera setup at the back. The Zenfone 3 Zoom was the first ASUS smartphone to have one, and now they’re following it up. The former has the backup sensor for optical zooming in capabilities, while the Zenfone 4 Max utilizes a second camera for a 120-degree wide-angle view. A configuration that’s seen on handsets like the LG G6. 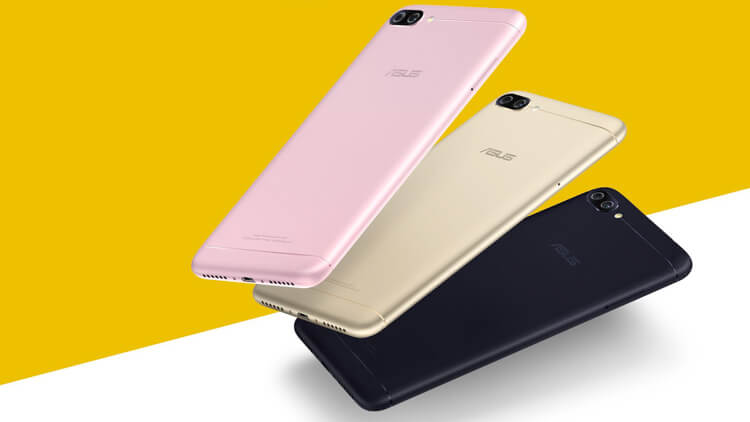 And of course, there’s also a stark camera for shooting self-portraits. ASUS rigged the Zenfone 4 Max with an 8-megapixel front camera with a LED flash to cope up with your selfie-taking needs.

Design wise, the ASUS Zenfone 4 Max looks identical with the Zenfone 3 Zoom. ASUS utilized a complete all-metal build, instead of adding glass at the back.

Also, the company moved the fingerprint scanner at the chin of the smartphone, rather than its usual position at the back. The sensor now doubles as a home button, sandwiched by two capacitive buttons at the sides. Now let’s head to the things that make the ASUS Zenfone 4 Max a midrange contender. First, the phone is only equipped with a Snapdragon 425 chipset. It has a 1.4GHz octa-core processor and up to 4GB of RAM. It will also be available in different storage variants that can go up to 64GB.

Another midrange aspect that this device have is its 5.5-inch 720p IPS display. Yup, thanks to 1440p-equipped devices, smartphones with 720p panels are now considered a budget offering, despite also having a Corning Gorilla Glass protecting it.

The ASUS Zenfone 4 Max has been introduced in Russia. The price starts at RUB13,900 (around Php11,700) for the 2GB RAM / 16GB ROM variant. Local pricing and availability in the Philippines are yet to be announced as of the moment.