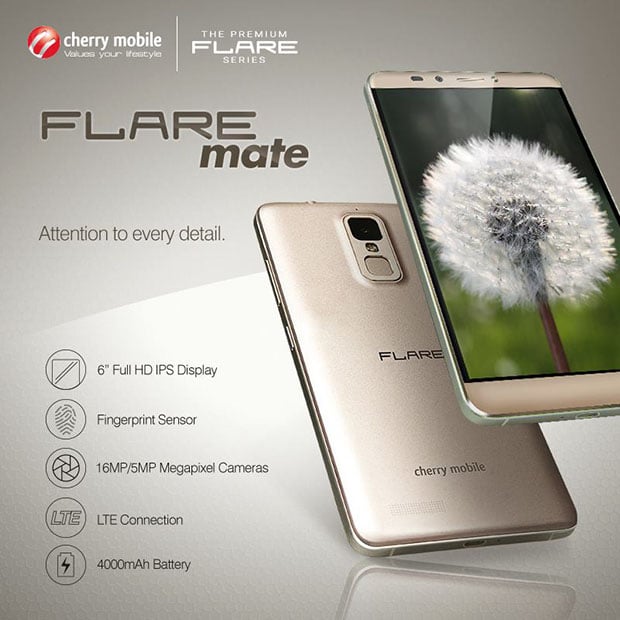 6 inch phablets are still something of a rarity these days, but if you’ve been looking for an affordable option that doesn’t skimp on the specs, the Cherry Mobile Flare Mate could be for you. The Flare Mate has actually graced Cherry Mobile’s promotional flyers in the past, but it’s only now that the local phone brand has started to officially unveil it on their Facebook page. There’s a lot to like about it too. It packs a Full HD screen, octa-core CPU, and even a fingerprint sensor for just Php8,999!

On paper, the Flare Mate is a pretty good midrange smartphone with 2GB of RAM, 16GB of storage, and a 16mp/5mp camera setup. Battery life should be awesome as it has a 4,000mAh battery and comes with Lollipop 5.1’s battery optimizations.