Gionee has announced two new midrange smartphones. And as what you might expect, they also sport the trendy 18:9 display. But, the Gionee M7 and M7 Power are more than what meets the eye.

As the name suggests, the Gionee M7 and M7 Power will have larger-than-usual batteries. The M7 Power has a 5,000mAH battery, while the standard M7 will still have a relatively large battery at 4,000mAh. The two will also have fast-charging support so you can top it up instantly.

Also, the other highlight of the duo is their FullView AMOLED display. The Gionee M7 gets a high-resolution 6-inch screen with 2160 x 1080 pixels. On the other hand, the M7 Power will have the same 6-inch size, but a toned down resolution of 1440 x 720.

Furthermore, the M7 will be powered by a MediaTek Helio P30 processor, with a generous 6GB of RAM and 64GB of expandable storage. And just like in the display department, the M7 Power also has a compromised Snapdragon 435 chipset, combined with 4GB of RAM and 64GB of internal storage.

Lastly, the M7 gets to have a dual-camera setup. It has a 16-megapixel primary shooter partnered with an extra 8-megapixel one for capturing depth information. Meanwhile, the M7 Power only gets a single 13-megapixel rear camera. 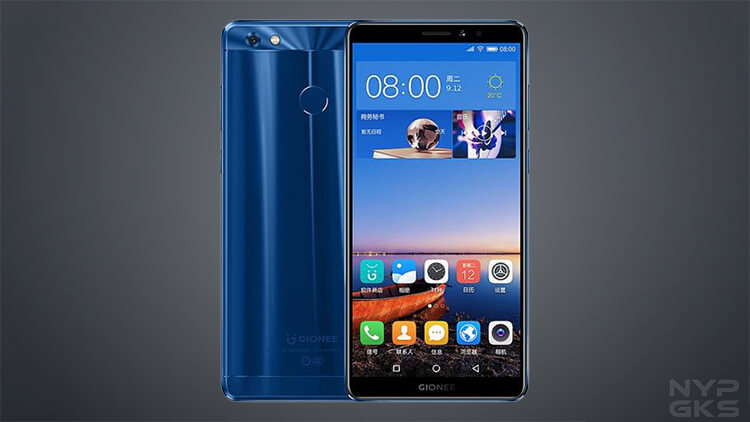 The Gionee M7 will retail for CNY2,799 while the M7 Power will be at CNY1,999 when they both become available in China on September 30th.