Gionee offers a capable yet budget-friendly smartphone, the Gionee Pioneer P4. In contrast to its predecessor, the Pioneer P4 offers a much improved RAM capacity, camera, and display. The P4 is probably the company’s ammo for the entry to mid-range phone category, which proved to be successful in the last couple of months.

Does the Gionee Pioneer P4 have what it takes to be one of the best in its category? Are those improvements enough to make a significant upgrade to the Pioneer P line? Let’s figure that out in our full review.

The device’s main package is literally an eye-catcher with its vibrant, red colored finish. But despite the energetic tone, the details that tattooed in the box are few, making it look minimalist for the most part. All we are seeing here is the picture of the device itself, Gionee logo on all four sides, and the specifications at the bottom part of the box. Pretty straightforward, eh? 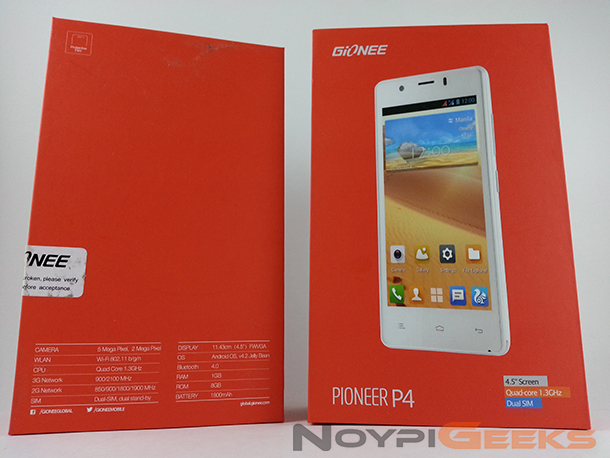 Opening the box shall reveal the device itself. Beneath it are the accessories and documentations. Everything just looks conventional in here as we’re only seeing the standard things you would always get like the microUSB cable, wall adaptor, headphones w/ mic, the 1800mAh battery, a free screen protector, user manual and the warranty card. Nothing fancy. 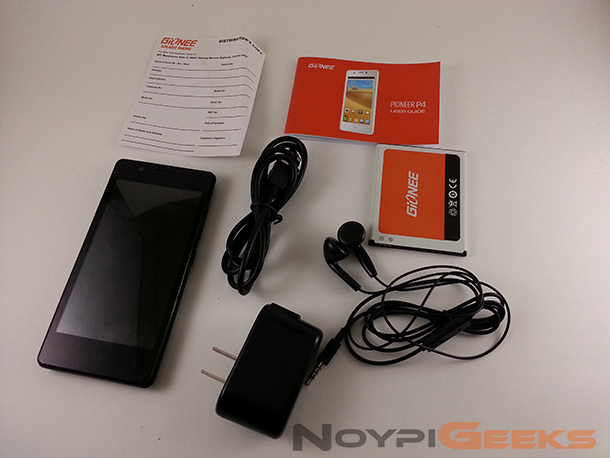 The Gionee Pioneer P4 may not be the best-looking entry-level device on the market today, but it’s in the ergonomics that this device really shines. If you’re shifting to this phone from another mid-range one, the transition and getting-used-to period would not really take that long. The device just feels good in the hands with an average size that’s really comfortable to use. In fact, even if you’re coming from a smaller smartphone, the change won’t bother you. 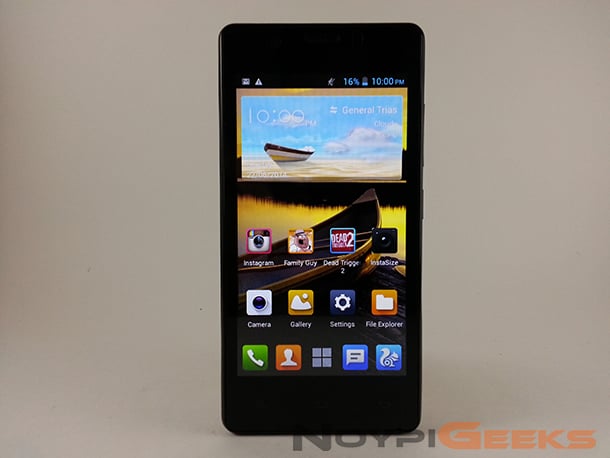 The front of the device sports the 4.5″ Display, together with the 2MP front-facing camera, and the ambient light and proximity sensors at the top. Capacitive buttons and the built-in microphone are placed at the bottom. 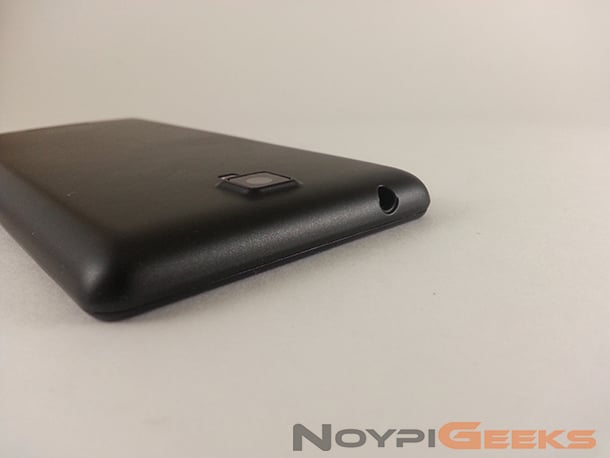 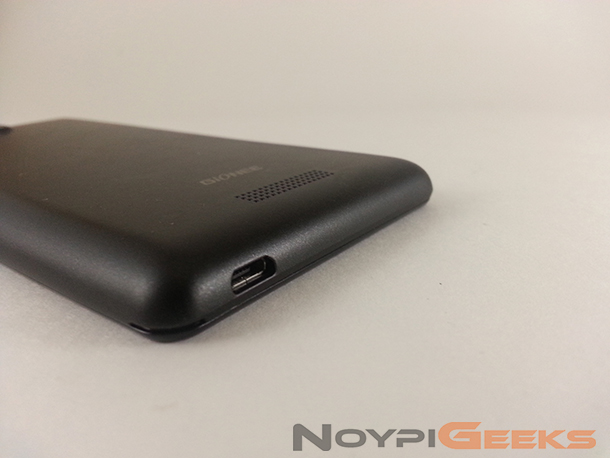 At the top is where the 3.5mm headphone jack sits all alone and the microUSB port at the bottom. 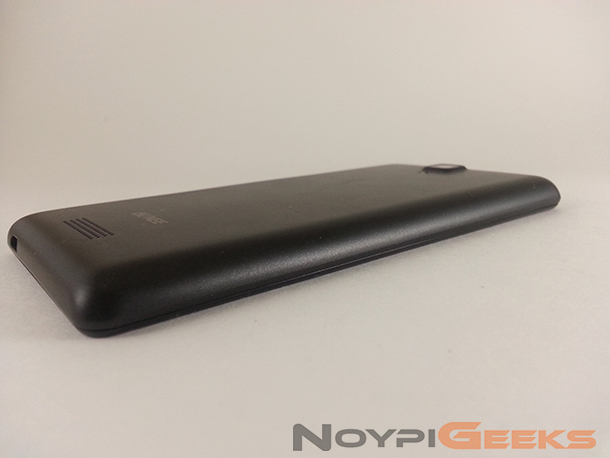 The right side of the device houses the volume controls and the lock/power switch, while the left side is empty. 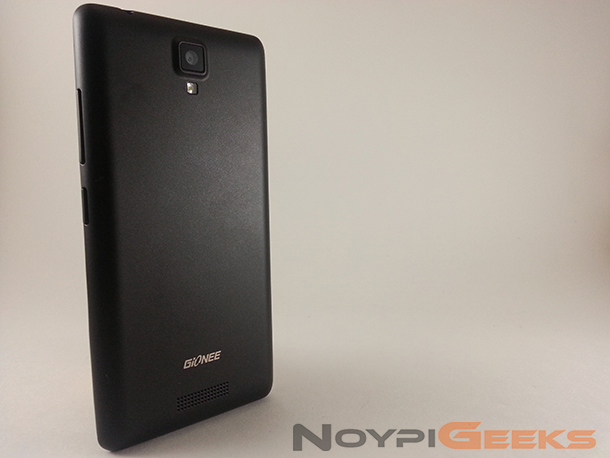 The rear portion of the device is made with plastic that has a matte black finish. It’s the home of the 5MP camera with LED flash, the speaker grill, and of course, the Gionee logo. 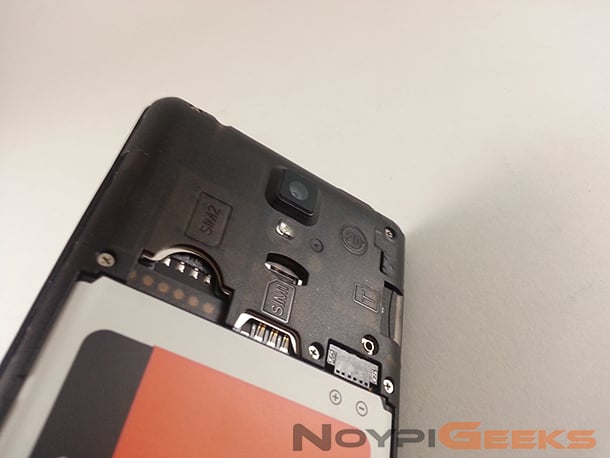 Popping-out the back cover shall reveal the two sim-card slots, microSD card slot (up to 32GB) and the 1800mAh battery.

Since we’re coming from a larger smartphone, the device feels pretty much lightweight. But compared to those that we have reviewed before, the potential competitors of this device, this one is a bit hefty and sturdy which is a good thing.

The device packs a 4.5″ FWVGA display with 480×854 resolution and has 218 pixels-per-inch. If you base it on paper, the device probably have the least pleasing display in contrast to the competition, but as what we have tested, it isn’t that bad after all. Colors are still accurate and vivid with the right saturation, though the contrast is kinda on the harsh side. 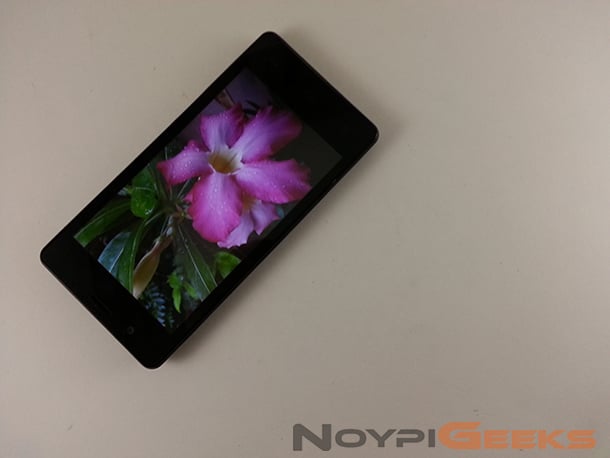 Viewing angles and sunlight legibility is still something what you would expect.  It’s not the best – not even good – but it’s still capable. I lowered my expectations when I learned about the resolution, but the P4’s display captivated me in the end.

The Pioneer P4 is powered by MediaTek’s quad-core processor which is clocked in at 1.3GHz, with 1GB of RAM and has a MAli-400 GPU.  Thanks to this processing power, the device runs smooth and fast.  The efficient Software and UI compliments the processor and helps deliver a really snappy performance, a rather impressive feat especially at this price point. 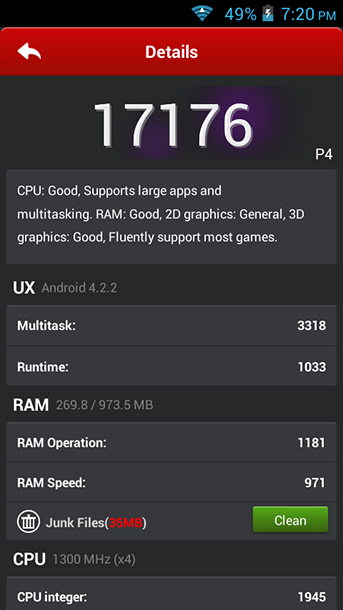 The device had a score of 17,176, a fairly decent score for a Mediatek quad-core CPU like this. Everything runs nicely and this device supports almost all apps that are in the Google Play store today – making it a very good phone for app and games junkies out there. 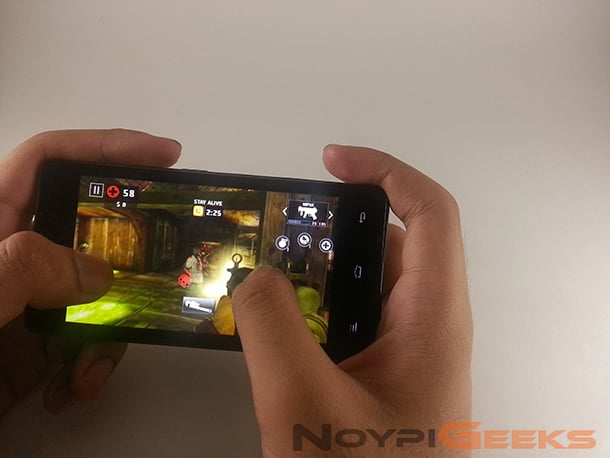 The Gionee Pioneer P4 is also ideal for gaming. For a 4.5″ device, this one is really decent.  Dead Trigger 2 and Asphalt8: Airborne are playable on this one with a smooth and enjoyable gaming experience. Also, any other heavy, work-related apps are can be done on this one thanks to its lower resolution.

This phone also has a 1GB of RAM. In today’s standard, 2GB of RAM is a major trend in the high-end level. But as a budget and mid-range smartphone, 1GB of RAM is a very good place to start. As what we have tested on the Pioneer P4, multitasking has never been a problem for as long as you don’t switch from different heavyweight apps. Switching over social networking apps and browser, on the other hand, ran fluidly.

Gionee really nailed this department. The device runs on Android 4.2.2 Jelly Bean with the company’s very own skin on top. Second to the processing power, one thing that really affects a device’s overall performance is its software and overall user-interface. The Pioneer P4’s interface is undeniably beautiful with the help of their skin called Amigo UI. Navigating through the whole device can be done smoothly. The icons and buttons have a distinctive look. Everything just feels smooth and fast. We never encountered any significant lag and stutters so we’ll give a thumbs up to Gionee on this one.

Here are some of the screenshots of the device’s UI:

The Pioneer P4 also has a new Guest Mode feature. What is it for is pretty self-explanatory. It hides your call logs, messages, chosen albums, notes and it also prevents other people on editing the homescreen/desktop. This function is can be easily triggered on the drop-down menu so you can set it up before letting anyone borrow your phone.

This device packs a 2MP front-facing camera and 5MP primary camera. The picture-taking capability on this one is something really impressive. For a 5MP shooter, this one is probably one of the best performers you can take.

It can certainly take beautiful and stunning photos with the right color reproduction and details. Photos looked fine with the proper saturation, exposure and vibrancy. Autofocus also works very well; not too blurry, of course, but still sufficient enough to really make a subject stand-out. Make no mistake, though, it’s still an average camera so don’t take it as a replacement for a dedicated camera. For social sharing, it’s respectable. 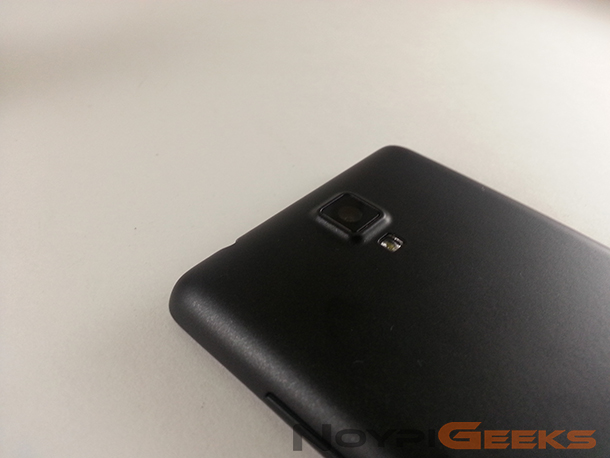 Taking pictures on low-light scenarios is inevitably painful. But still, the 5MP camera managed to gather the right details and colors. But noises and distortion are really noticeable.

Also it’s worth noting the P4’s camera app. It’s feature-packed with things like different camera modes (Panorama, Object eraser, best face and EV bracket shots), Color effects (Mono, Sepia, Negative, etc), and Photo Booth (it just basically adds some borders on your photos). But one thing that we really love about the camera app is how fast it captures the shot. The viewfinder runs very smooth with no visible lags as well.

Check out some of our samples shots. 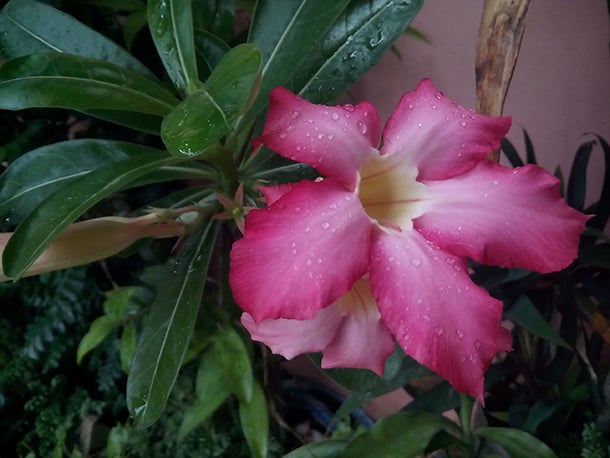 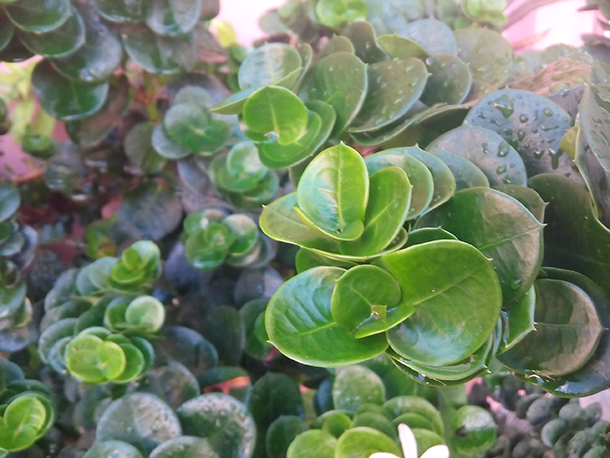 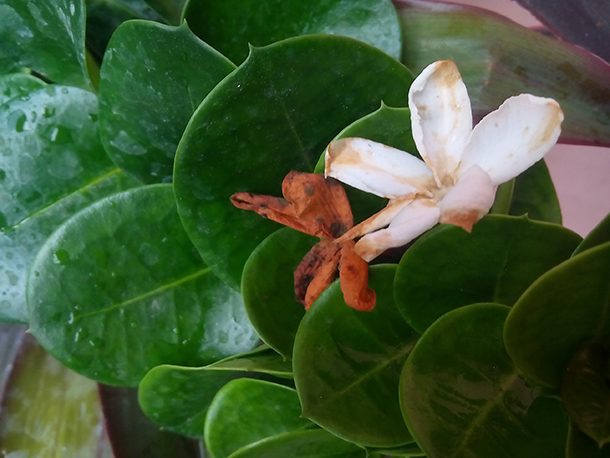 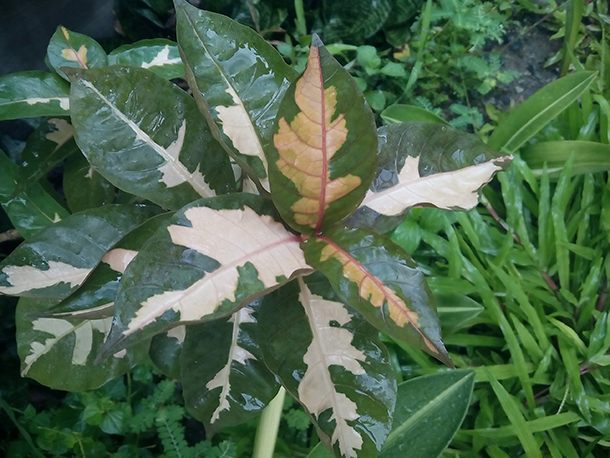 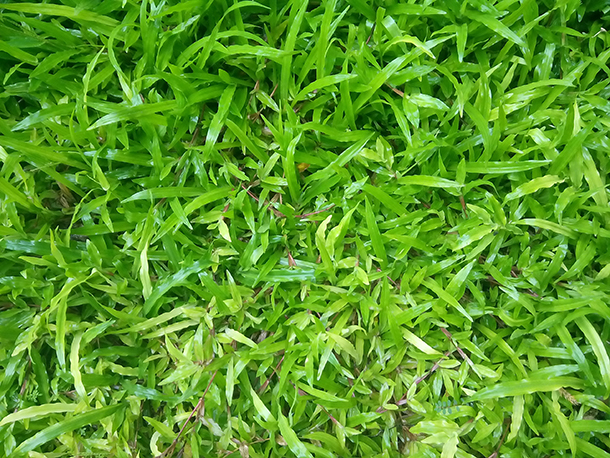 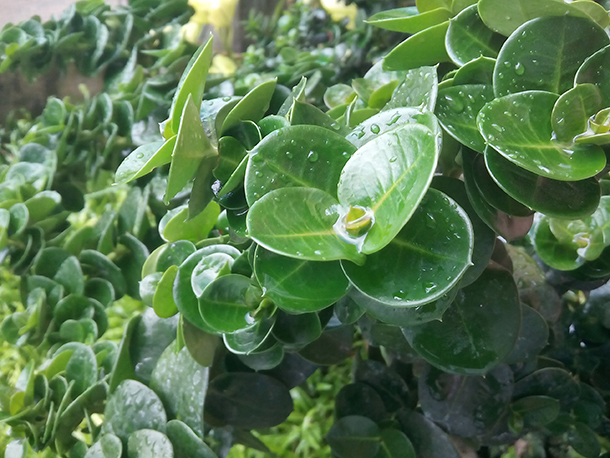 One of the hiccups on this device is its battery capacity. The Gionee P4 is a quad-core mobile phone that only has an 1800mAh battery. For us, an ideal power capacity that a four-core device should have is at least 2000mAh. However, thanks to its small screen and resolution, it’s quite good. 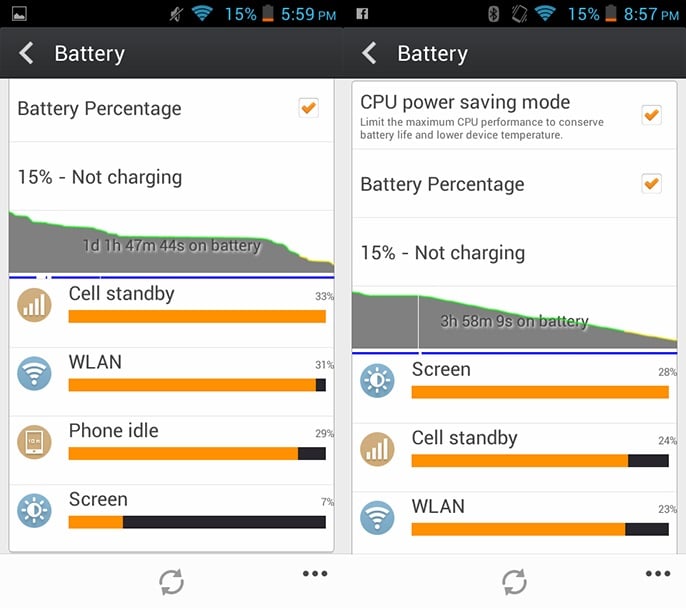 That said, the device lasted for only a day and a half with light to moderate use; and almost three to four hours of extreme use which include hours of web surfing, social networking, and gaming. It will be able to hold up for a day of work or school, but charging every night is definitely necessary.

The Gionee Pioneer P4 was really intended to cater people who needs a smartphone to deal with specific needs at a limited price point. The P4 may have some shortcomings, but still, it doesn’t disappoint in delivering its promise – to give a budget-friendly gaming device – from an international brand. 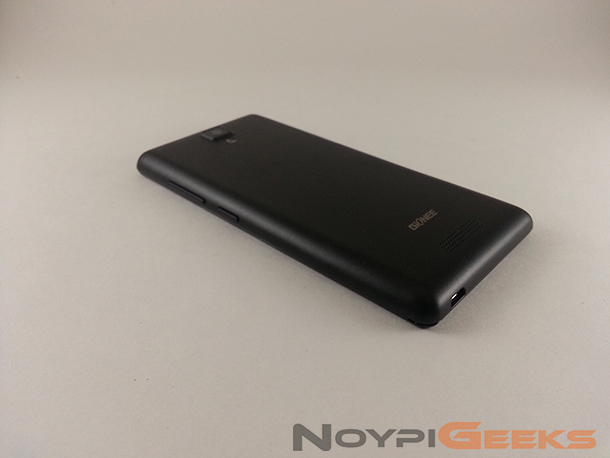 Its capable processor and efficient user interface design makes it really an ideal device for any consumer out there who are looking for a powerful smartphone, but are restricted by limited budget. 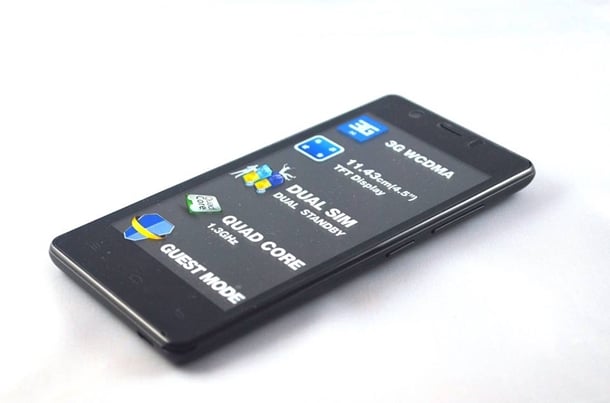 It may not have the most pleasing spec sheet for a Php6,999 device, but considering how effective all of its components are working together to deliver exemplary performance plus a robust build quality, this one is still really worth considering.