Gionee has quietly launched a mid-range smartphone, barely two weeks after it stunned us with its flagship M2017 and its outrageous $2,450 price tag.

The mid-range smartphone is aptly positioned to deliver quality at an affordable rate, considering the 1,299 yuan (about $190) cost the all-metal device carries.

The Gionee Steel 2 clutches a 5-inch IPS display with HD resolution. There’s also a large and powerful 4,000mAh battery onboard the smartphone and Gionee boasts that with a single charge, the smartphone can last up to three days of uptime. The entire device is fired up by a quad-core MediaTek MT6737 processor and it’s partnered with 3GB of RAM crammed inside. The Gionee Steel 2 also boasts of a 16GB memory on one of its models, while the other model features 32GB of internal storage. 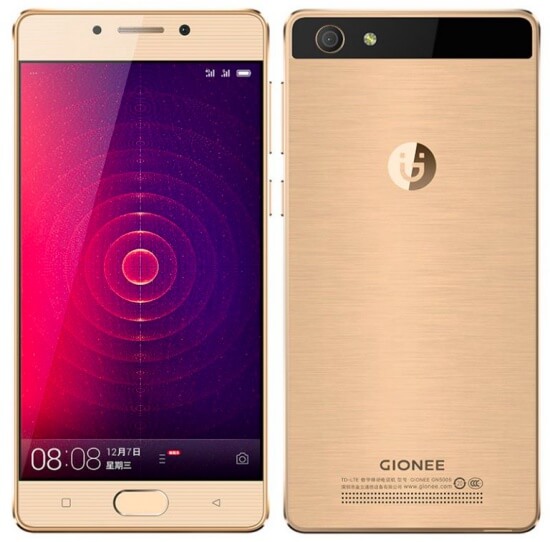 For the photo-centric ones, the Gionee Steel 2 sports an 8MP rear camera with LED flash and on the front aspect, there is a 5MP selfie snapper. The smartphone runs Gionee’s Amigo 3.5 OS based on Android Marshmallow 6.0 out-of-the-box. There is a fingerprint sensor embedded under the home screen button and the device comes with dual SIM support. It measures 144.3 × 70.5 × 8.6mm, weighing in at 160g.

The Gionee Steel 2 comes in Jazz Gold and Black color variants and it’s already up for pre-order in China. The price and release date details are yet to be announced.