In an event in New York City, Google has finally made the Google Pixel 3 and Pixel 3 XL official.

At first look, we immediately noticed that it’s pretty much the same with Pixel 2 smartphones when it comes to design. It’s the old boring design without much updates for 2018.  Like every phone released this year, the Pixel 3 XL has a huge notch on top of its screen. There’s an increase in screen size, as it now stands at 6.3-inches diagonally from the previous 6-inch with Quad HD+ resolution.

The Pixel 3 is a tad bigger than its predecessor, measuring at 5.5-inches across with 2160 x 1080 pixel resolution. The bottom part of the phones houses the front-facing speakers which is said to be up to 40 percent louder. Google changed the back panel into all glass to enabled Qi wireless charging support.

In addition, the Pixel Stand (priced at $79) is a fast wireless charging dock for the Pixel 3 series. Once the devices are docked, it can launch Google Assistant using numerous shortcuts and voice commands. It comes equipped with the new Sunrise Alarm feature which will help users wake up by gradually brightening the screen before the alarm sound goes out. 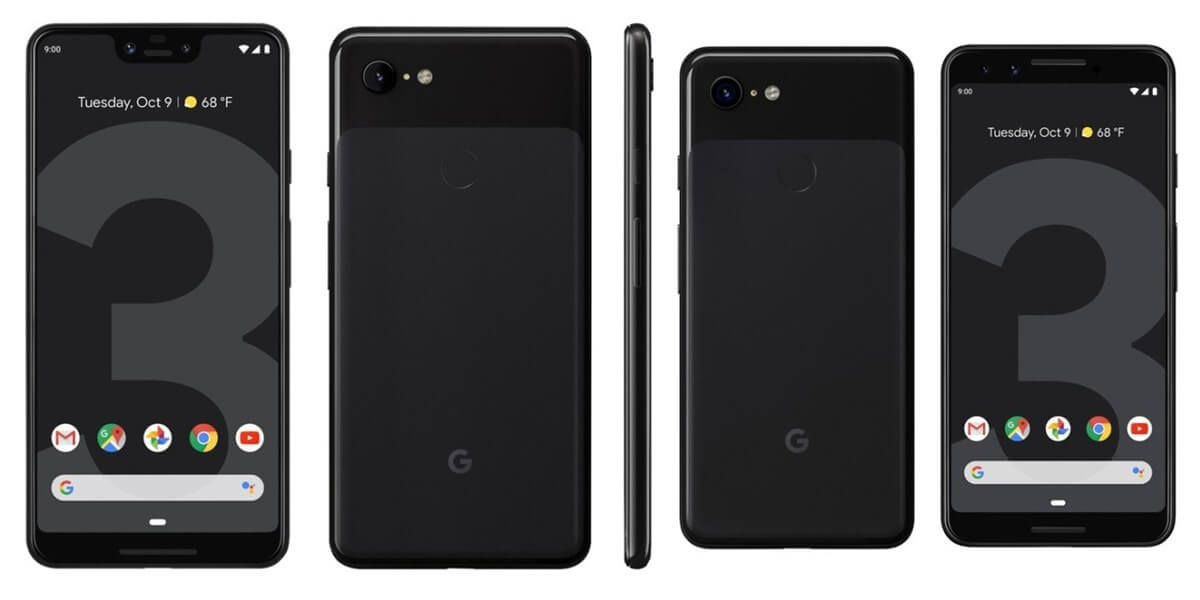 As expected, Google’s new flagships are powered by nothing but the best hardware available right now. They are powered by the mighty Qualcomm Snapdragon 845 SoC, with 4GB RAM and 64GB/128GB storage options. None of them have headphone jack but they come with IP68 dust and water resistance. 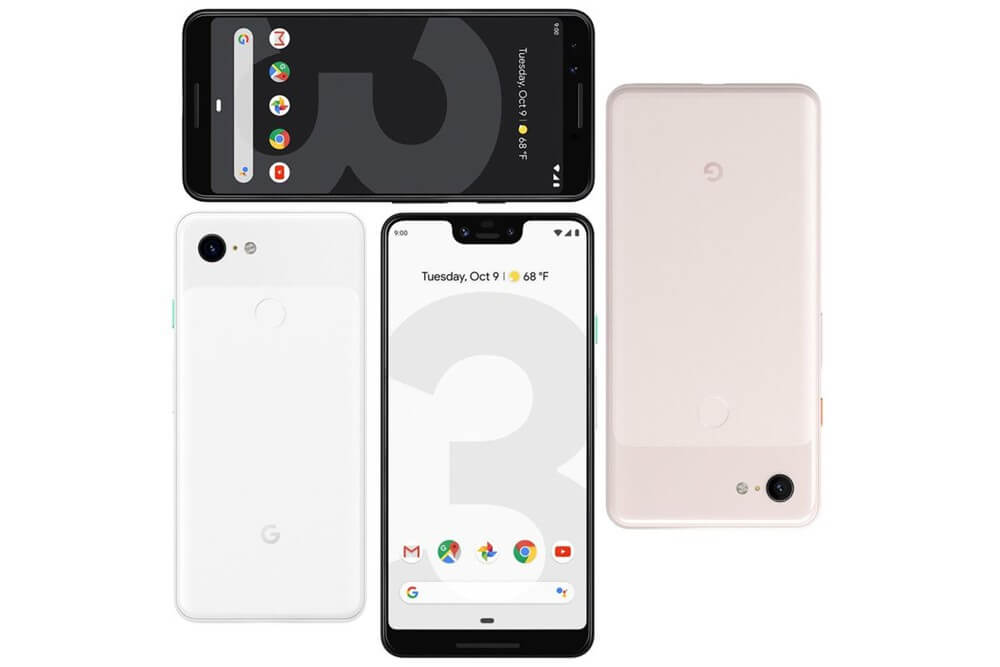 The Google Pixel line is known for their impressive cameras, so it’s not really surprising that they come with improved sensors this year. But to everyone’s surprise, the Google Pixel 3 and Pixel 3 XL didn’t jump on the dual or triple rear camera bandwagon. They kept a single rear-facing 12.2-megapixel sensor with f/1.8 aperture on the back — similar to last year’s setup.

Probably the biggest change is in the front-facing camera. They now have dual 8-megapixel sensors with f/2.2 apertures in front. This brings the ability to take wide-angle selfies and the Photobooth mode.