Last year, Google showed a new Project called Abacus – which aims to cease the use of passwords in Android devices. They talked about it again at Google I/O 2016, saying that they plan to roll out the feature to developers towards the end of the year.

Project Abacus is an ambitious smartphone user authentication that will use a secure and  uncrackable set of biometric readings. Several real-time signals will determine the authenticity, including but not limited to; voice patterns, typing, facial recognition, and current location.

Abacus will process all the incoming data it receives from the monitoring and come up with a cumulative “trust score” to determine if the person is really the owner of the device.

Like any other products of Google, it’s both amazing and creepy at the same time. Imagine your phone monitoring and continuously collecting data of all of the things happening around you. 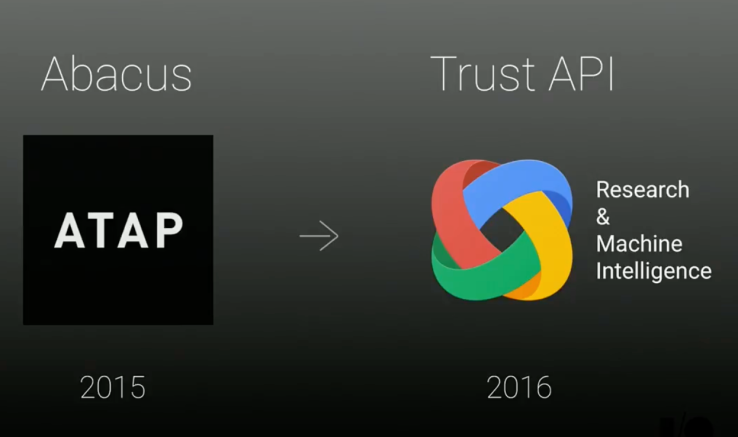 “We have a phone, and these phones have all these sensors in them. Why couldn’t it just know who I was, so I don’t need a password? I should just be able to work,” explained Daniel Kaufman, Head of Google’s Research Unit Advanced Technology and Projects.

Different apps can require a different trust score from each other. For example, a banking app can set a higher standard of security than a mobile game. In case the feature fails to identify the user, it will still fall back to asking passwords. This is to ensure that no user will be locked out from their own device.

Google built a Trust API, implementing all the research and hard work from Project Abacus. It will go into testing with “several very large financial institutions” next month. If it goes well, it should be made available to Android developers by the end of 2016.