The Honor Play 8A didn’t became a huge hit in the market when it was launched, which is why Honor is introducing the Honor 8A Pro, a slightly enhanced version of the aforementioned device.

Honor’s latest offer sports a 6.1-inch screen as well as a back fingerprint scanner features similar to its brother. Moreover, the Honor 8A Pro is powered by a MediaTek Helio P35 octa-core processor, 3GB of RAM, and a 64GB internal storage that can be expanded up to 512GB. 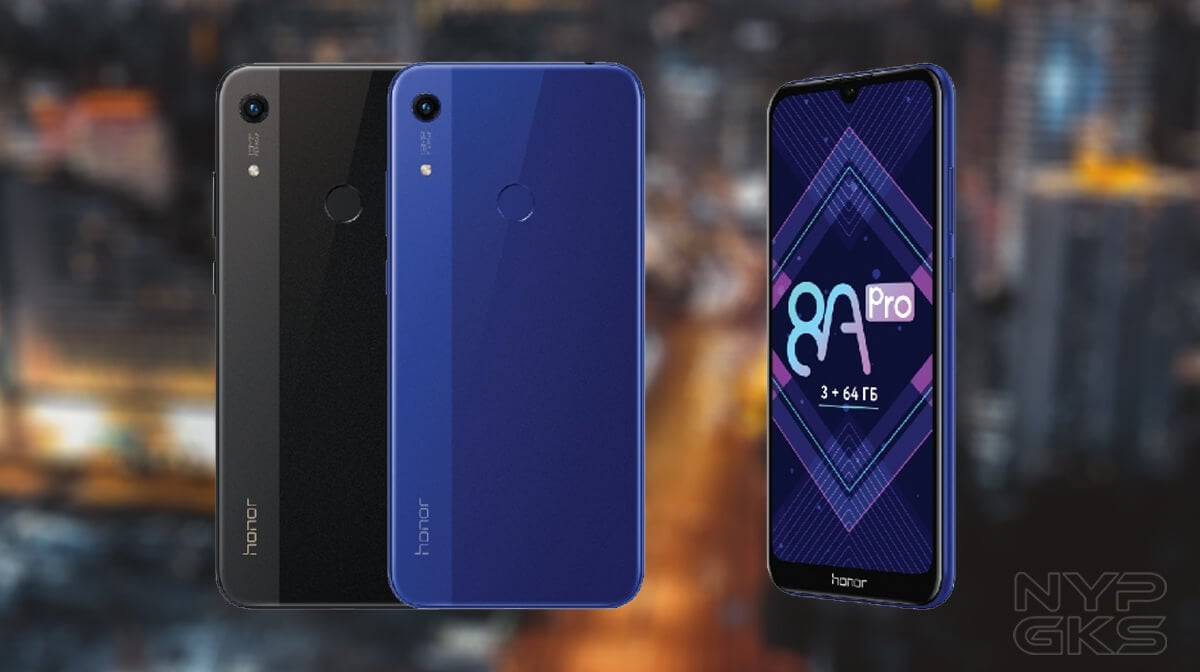 It sports an 8-megapixel main camera and a 13-megapixel rear camera just like the popular Honor 8C, sans the secondary depth sensor. When it comes to battery capacity, the 8A Pro has 3,020mAh of it.

The Honor 8A Pro is available in two variants: Black and Blue. It’s already available in Russia for RUB13,990 (Php11,200). Wherever else it would be released besides Russia shall be announced soon, but we hope that this device will come here in the Philippines as well.