Huawei’s sub-brand, Honor, has also released the Honor Play Tab 2. The tablet will come in two variants — an 8-inch and 9.6-inch.

This new tablet debuts together with the new Honor 6A and MateBook X.

Beside the screen dimensions, the two version also differ in network connectivity. The 8-inch Honor Play Tab 2 will feature an earpiece for voice calling. On the other hand, the taller 9.6-inch variant comes with LTE compatibility and it will sport hands-free calling.

But other than that, everything is pretty much the same between the two variants. Both of them will rock a 7.95mm all-metal unibody build that’s almost as thin as most smartphones today. 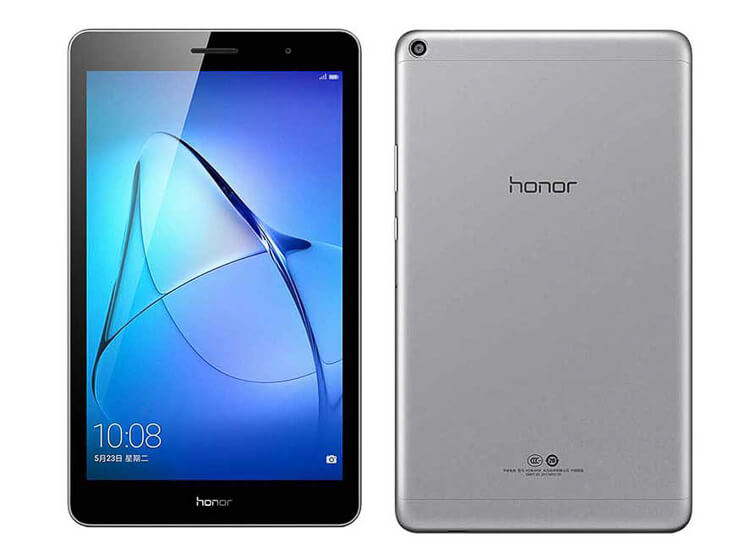 The Honor Play Tab 2 is also equipped with a not-so-powerful Qualcomm Snapdragon 425 chipset. The SoC of choice instantly suggests that it’s going to be a midrange device. On the brighter note, it runs on the latest Android 7.0 Nougat with their own EMUI 5.1 interface on top.

Both the 8-inch and 9.6-inch, despite the difference in size, will have the same IPS panel with 1280 x 800 resolution. There’s also a modest 5-megapixel rear and 2-megapixel front camera.

Disappointingly, there’s a standard 4800mAh battery across the board. It would have been nice if the 9.6-inch got a bigger battery since it can accommodate it anyway with the additional space. Here are the prices of the Honor Play Tab 2 8-inch version:

Furthermore, the 9.6-inch variant will be sold for the following prices:

The Honor Play Tab 2 will be available in China from June 1st. There’s no official word yet from their Philippine counterpart if the devices will arrive in the country.