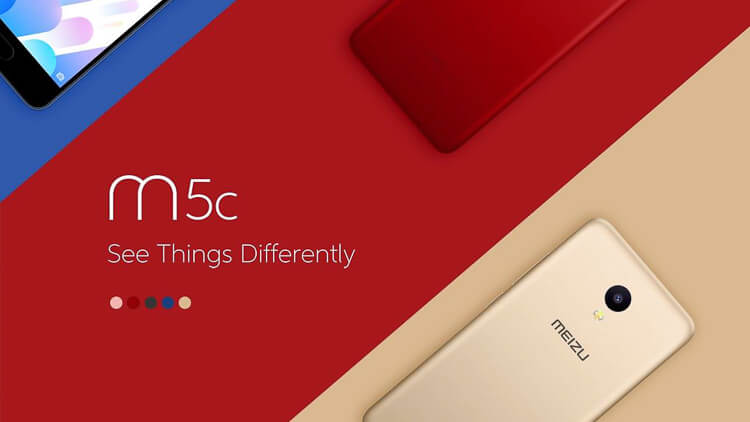 Meizu is yet to announce the official price but judging by its spec sheet, it looks like this new device will be the cheapest on the line-up. Unlike its brethren, this phone only has a 1.3GHz MediaTek quad-core processor. In contrast, the M5 and M5s has an octa-core brain while the M5 Note sports a Helio P10.

The Meizu M5c also has a smaller 5-inch HD display and a modest 8-megapixel camera. But on the bright side, Meizu was generous enough to equip it with a fingerprint scanner. There’s also a 3000mAh battery and it will run on the latest Android 7.0 Nougat skinned with the company’s own Flyme UI.

And since Meizu can’t brag about the M5c’s hardware, it looks like they’re resorting to its looks to provide marketing shenanigans.

If you head on to their Facebook page, you can see they’re hype-ing it by bragging the fun and colorful options. It is said the upcoming smartphone will be available in Black, Blue, Pink, Gold, and Red. And I must say, that bloody Red variant looks pretty really gorgeous.

Like what I have said, the company hasn’t given the official price and release date of the Meizu M5c just yet. However, since it is less powerful than the M5, we can expect the Meizu M5s to be cheaper than that. If we’re gonna guess, it’ll be around Php5,000.

UPDATE: Click here for the pricing and availability information in the Philippines.