Lenovo has announced the follow-up to the popular Motorola G series.

The G series is probably Motorola’s bread and butter for the last couple of years, as it is their top selling smartphone despite the presence of the high-end Moto X and low-end Moto E. The Motorola Moto G is known for having the perfect balance between processing power, battery life, and price. But what made it even more interesting to many is its near stock Android experience (with Motorola goodies) which makes it run faster and smoother than other Android devices. Now, with the announcement of the 4th generation, they finally decided to give it a stronger punch. Let’s bid our goodbyes to Motorola and welcome the new Lenovo Moto smartphones.

The first among the three new G4 smartphones is the regular Moto G4. It’s slightly slimmer than the high-end variant but lacks the fingerprint sensor and a lower 13-megapixel shooter. The G4 and G4 Plus is powered by a Qualcomm Snapdragon 617 octa-core processor and 3000mAh battery. In the display department both have a 5.5-inch Full HD display covered with Gorilla Glass 3.

The Moto G4 features 2GB RAM, 16GB storage and runs Android 6.0.1 Marshmallow out of the box. 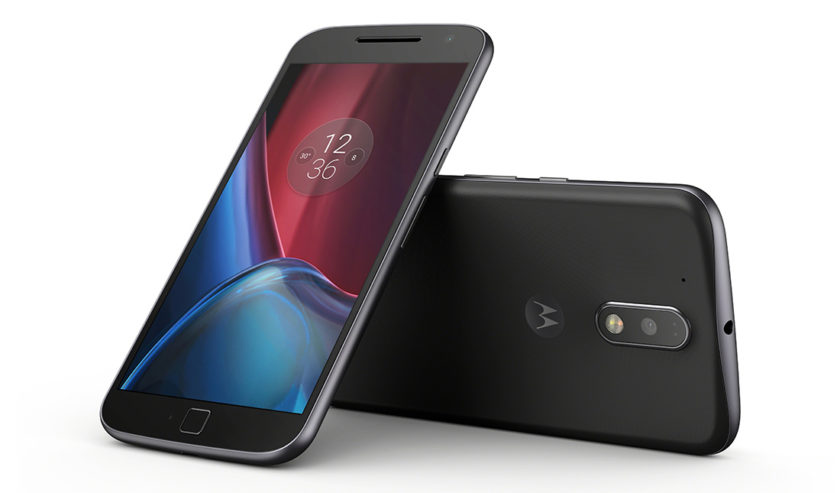 This device has a lot of similarities to its sibling, with just a couple of major components changed. As I’ve said earlier, there’s a square fingerprint sensor in front of the handset which Lenovo claims a speed of 750ms in unlocking the device. The top of the line Nexus 6P’s scanner is around 600ms, so that means the G4 Plus is fairly speedy.

Lenovo didn’t give the G a bump in the screen and processor but also in the camera section. The phone comes with a 16-megapixel OmniVision sensor rear camera that is capable of laser and phase detection autofocus. The front camera is an 84-degree wide angle with f/2.2 lens. The software is improved as well with the additions of Auto HDR, panorama, drag to focus, and manual mode. Aside from the two stars, Lenovo also made a low end budget smartphone. If anything, I’d rather call this as the direct successor of the Moto G3 because of its 5-inch HD 720p display. The processor is kinda weak, a Qualcomm Snapdragon 410 chipset which origins way back in 2013. It comes with 2GB of RAM and 16GB of internal storage with the option to add a microSD card for additional space.

Although it looks underpowered on paper, it also runs on Android 6.0.1 Marshmallow which means that it can take advantage of all the improvements prior to Lollipop. The Moto G4 Play have an 8-megapixel main camera and 5-megapixel front camera. Probably the best thing about this small device is its battery. At 2800mAh, it can surely last a day or two of heavy use when combined with Marshmallow’s Doze feature.