The MyPhone My29S has a humble 5-inch FWVGA screen, with a Spreadtrum quad-core processor, 1GB of RAM, and 8GB of internal storage.

Its humble hardware is supported by the power-efficient Android Oreo Go Edition software. There’s also a 5-megapixel AF primary camera on the back, and a 5-megapixel one on the front for selfies. 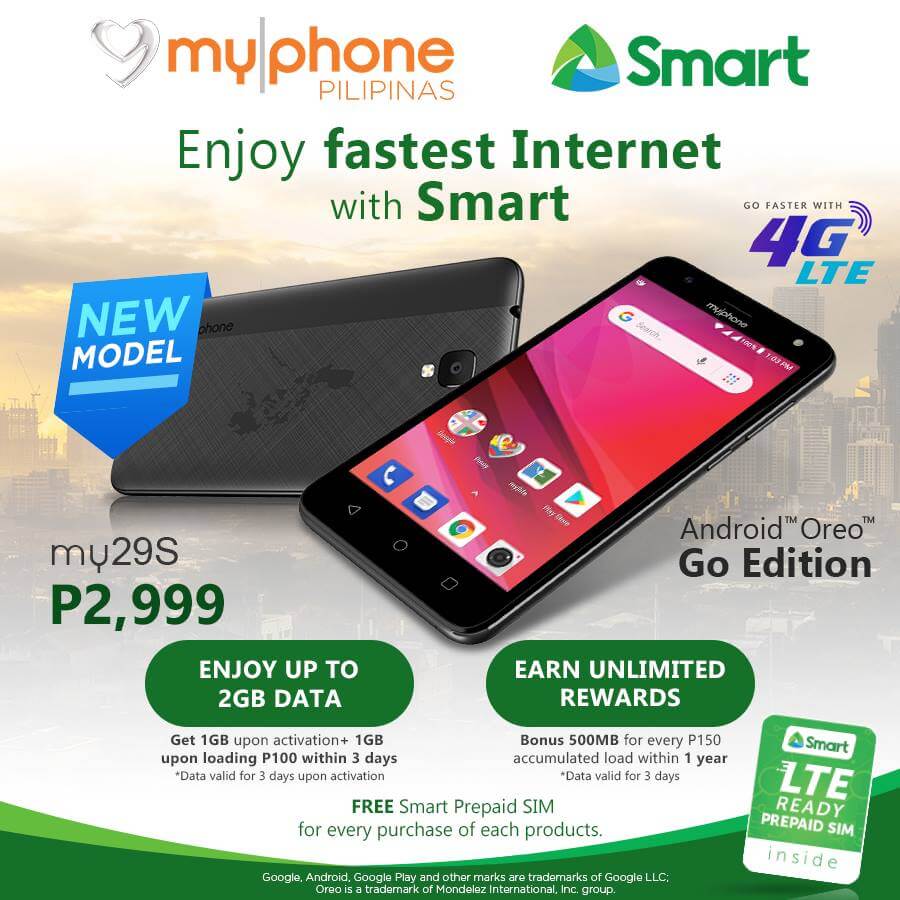 There’s a decent 2,400mAh battery on the inside. Plus, a fast 4G LTE connectivity, which is actually a rare find in most devices on this price. Clearly, the My29S is rigged with a decent set of hardware to keep you connected.

The MyPhone My29S is available for a price of only Php2,999. You can get it at MyPhone stores, kiosks, and multi-brand shops nationwide. The company is also throwing a free LTE-ready Smart Prepaid SIM to get you started immediately.