We’ve spent some quality time with the O+ Fab Elite – O+ USA’s best phablet yet. Want to know more about this smartphone? Check out our full review.

The phablet race is probably one of the fastest growing trends in the mobile industry today. Almost all of the manufacturers today have their own phablet flagships, and the Fab Elite is O+’s answer to it. 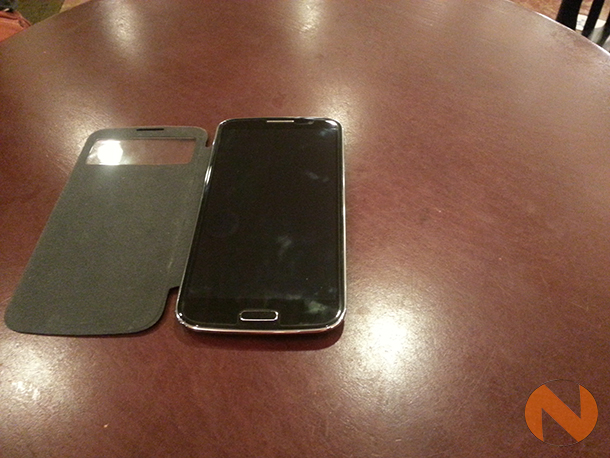 In front, you would quickly notice see how big its 6.5-inch screen is. As what O+ says, “Size does matter”. But there was something that really bugged us when we held the phone – the Fab Elite’s obvious and pretty noticeable heavy weight, though that’s expected for the size. Since I don’t use phablets every day, it really is a big of a deal for me which is only used to medium-sized (sub 5”) smartphones. Nonetheless, we were able to easily get along with its weight as we enjoy the benefits of its large screen. 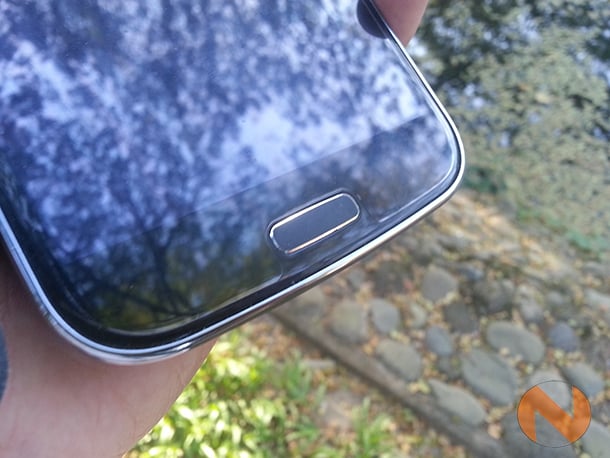 The O+ Fab Elite has a physical home button not like their other flagships that only had capacitive buttons on it. It gives the phone a more Samsung-like feel and it looks gorgeous, but I sometimes miss the benefits of capacitive buttons. One thing that we have noticed though is that the home button is sometimes hard to press and it’s a little bit shaky. We’ve learned that it’s because of the button’s large size. Since the button is quite big, pressing on both ends gives you nothing. We just wish that they made the button a little bit smaller so it gives better accuracy in detecting our presses. 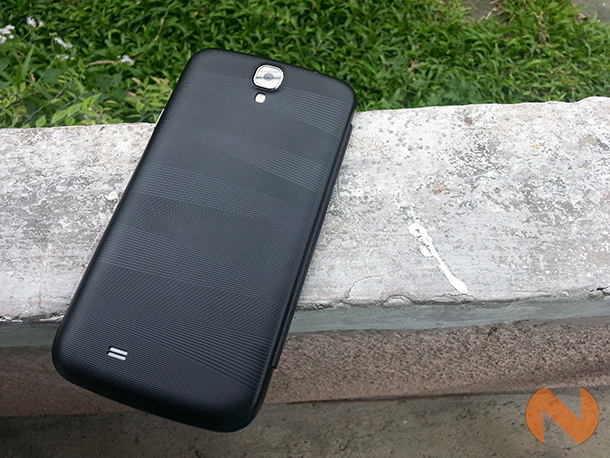 The back is where the 13MP camera is placed with the LED flash and the speaker. The back cover’s texture really gives the phone a more exquisite feel and helps the user to have a better grip on this large phone. I would say that this really gives an elegant and executive look as opposed to a typical glossy or matte plastic. 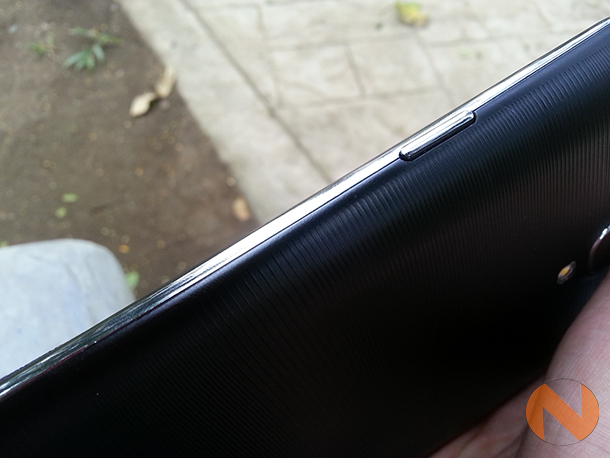 On the sides are just the basic, traditional silver linings that most of their handsets have together with the volume rocker. 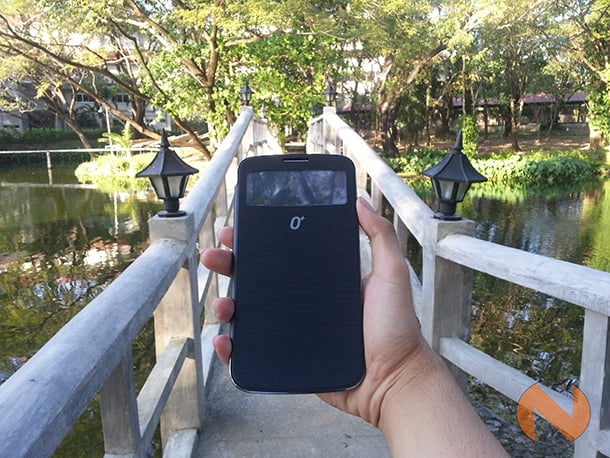 O+ USA also included a Smart Cover built-in. It gives the phone a more high-end look and the Smart Cover itself is made of premium materials which resembles some of the international brands these days like Samsung and LG who give their phones a VIP treatment by having a Smart Cover out of the box or available as an add-on. However, it could have been better if O+ included a generic back cover on the package for those people who want to have a simple-looking phone without a Smart Cover.

One thing that really disappoints us is that the Fab Elite lacks a LED notification light which is present in almost all of the high-end (and even budget) smartphones today. 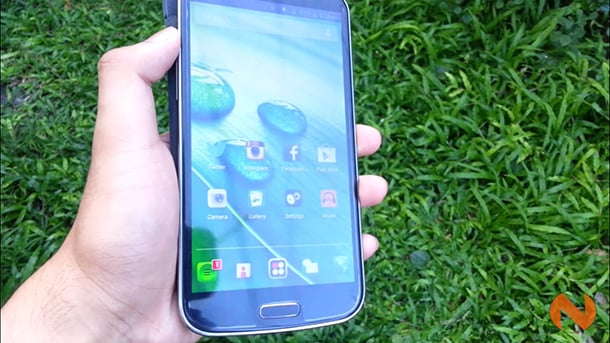 Despite of its 6.5-inch screen, the display has an impressive quality. The colors and details are vibrant and crisp not like most of the competing phablet has today, which makes this phone really perfect for entertainment like gaming, watching movies, and web browsing.

MediaTek’s 1.5GHz quad-core processor is showing up perfectly on this one. The applications that we have tested ran smoothly and fast. The phone still runs fluidly even though we have opened numerous apps simultaneously.

The 1GB of ram is pretty decent. We were able to open and switch from 3 to 5 different apps seamlessly. We kinda hoped for at least 2GB, as this kind of device simply needs all the power it can get. 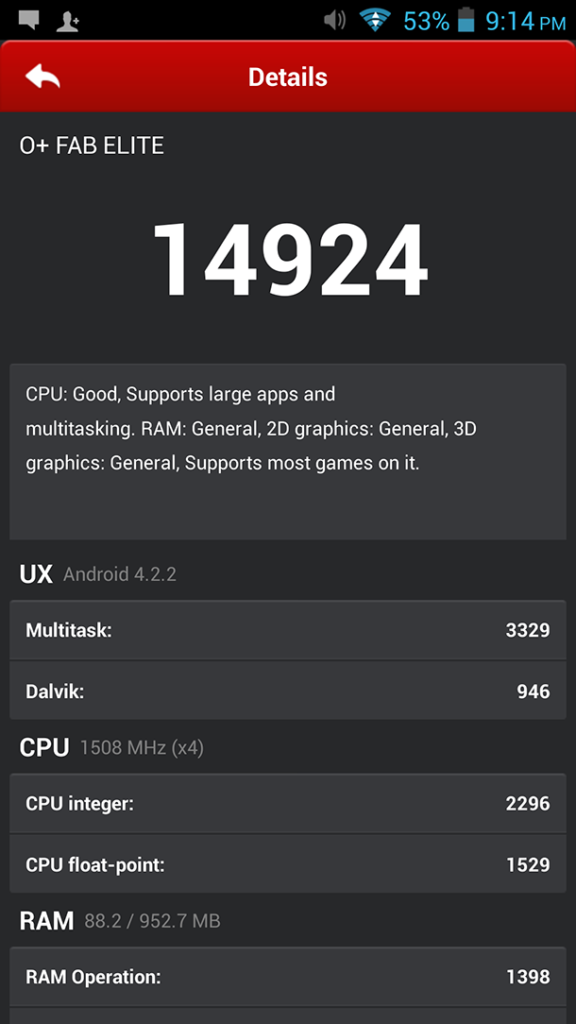 Benchmarks test from Antutu garnered a score of 14,000+ which is a decent score for a smartphone with this particular processor.

The 13-megapixel camera on the O+ Fab Elite is quite good. We’ve tried the Fab Elite’s camera in different places, and all we got are photos with stunningly vibrant, crisp, and rich colors. Also, we’ve really enjoyed doing some macro shots on this one. The focus points are really astonishing and quick.

Fab Elite takes decent photos in low-light conditions. Though details are a little bit more distorted than what we have expected. But still, the camera manages to put in some of the available light and make the photos brighter. 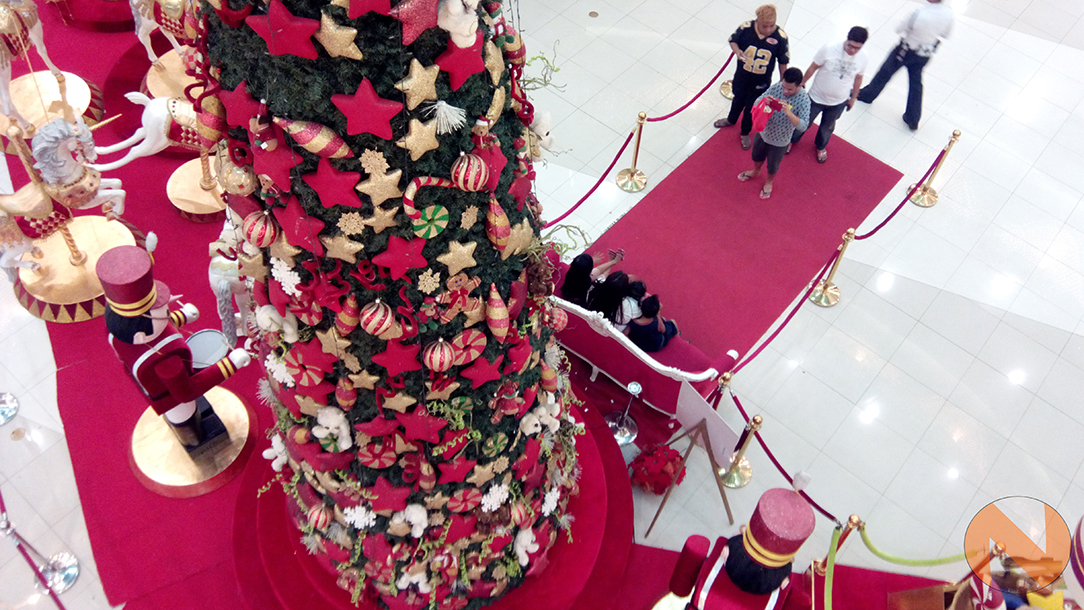 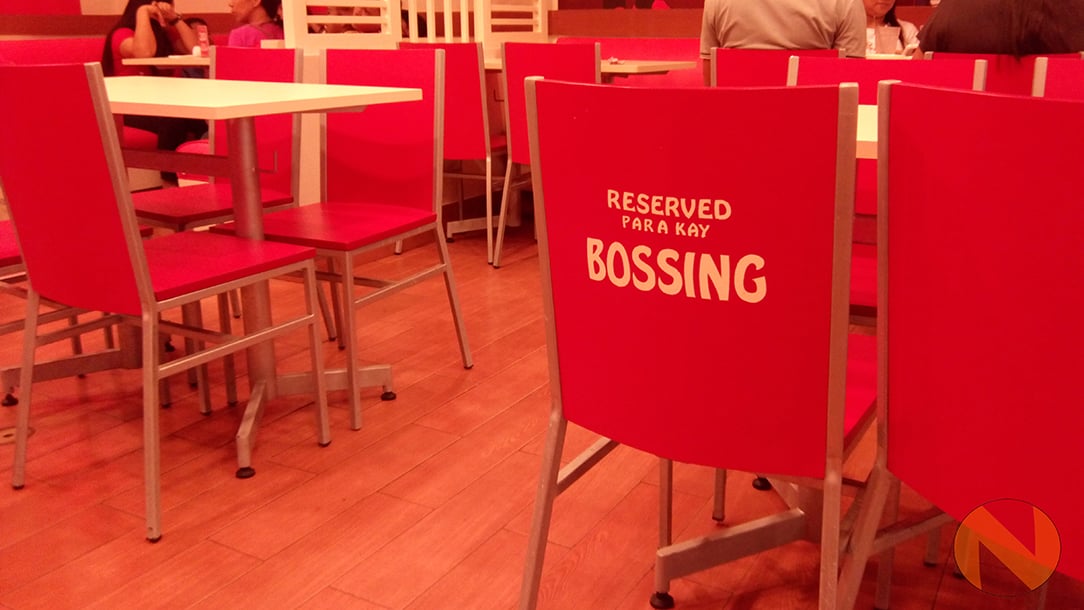 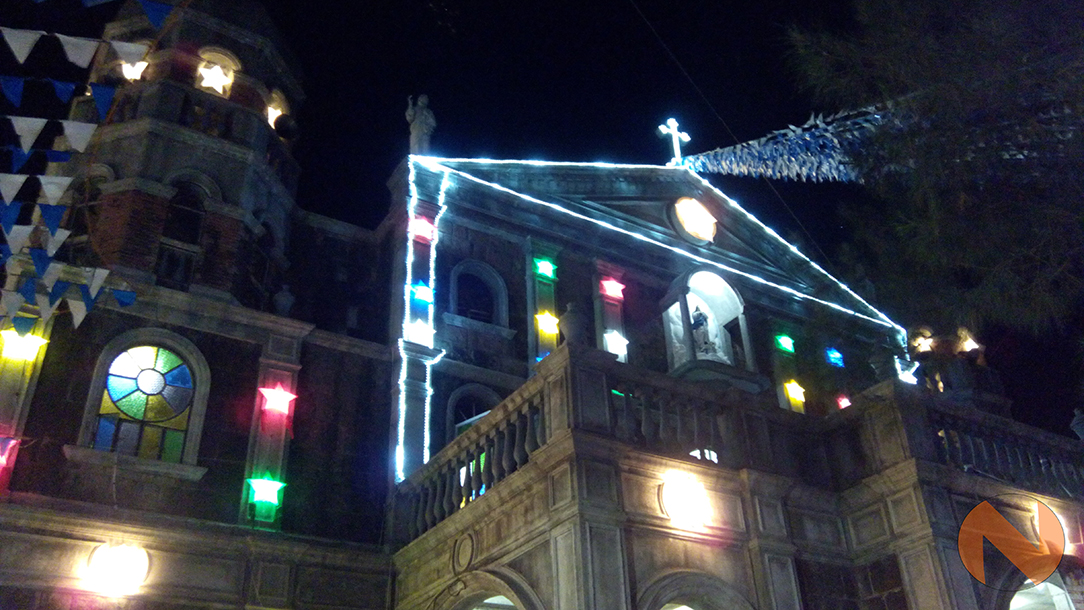 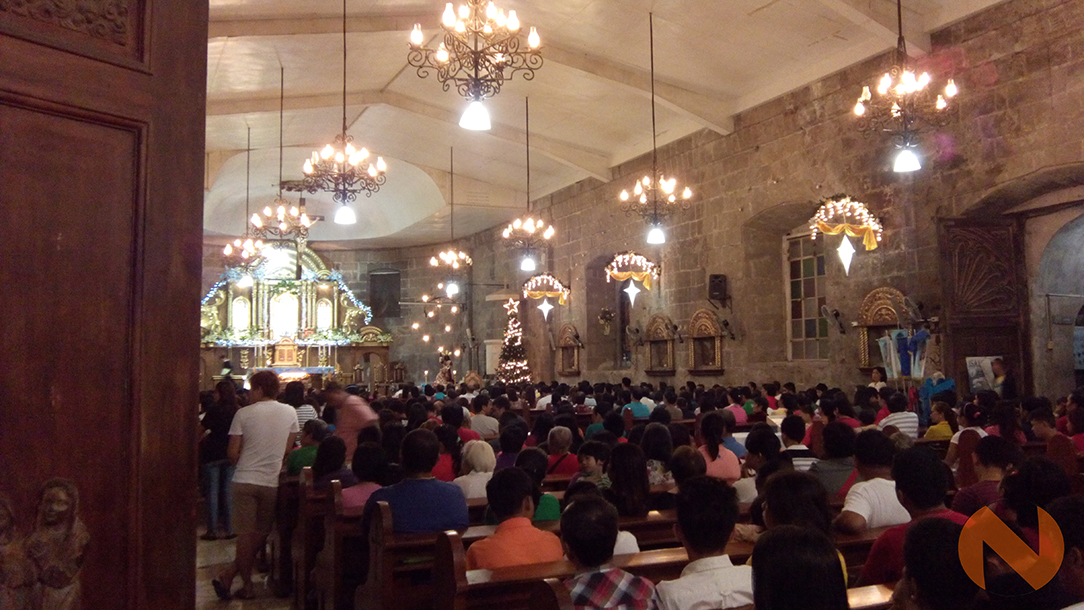 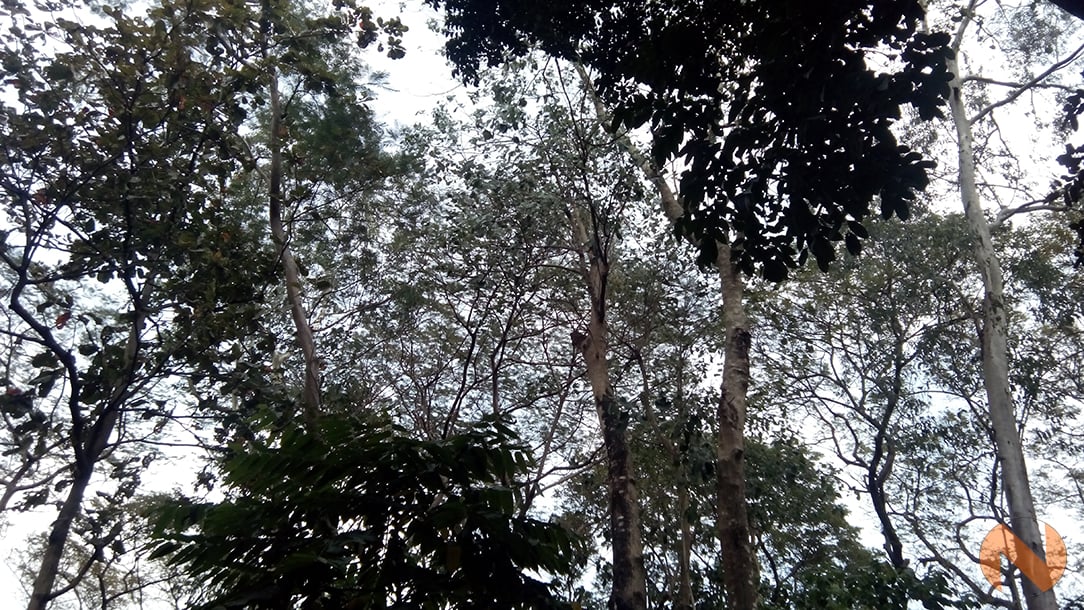 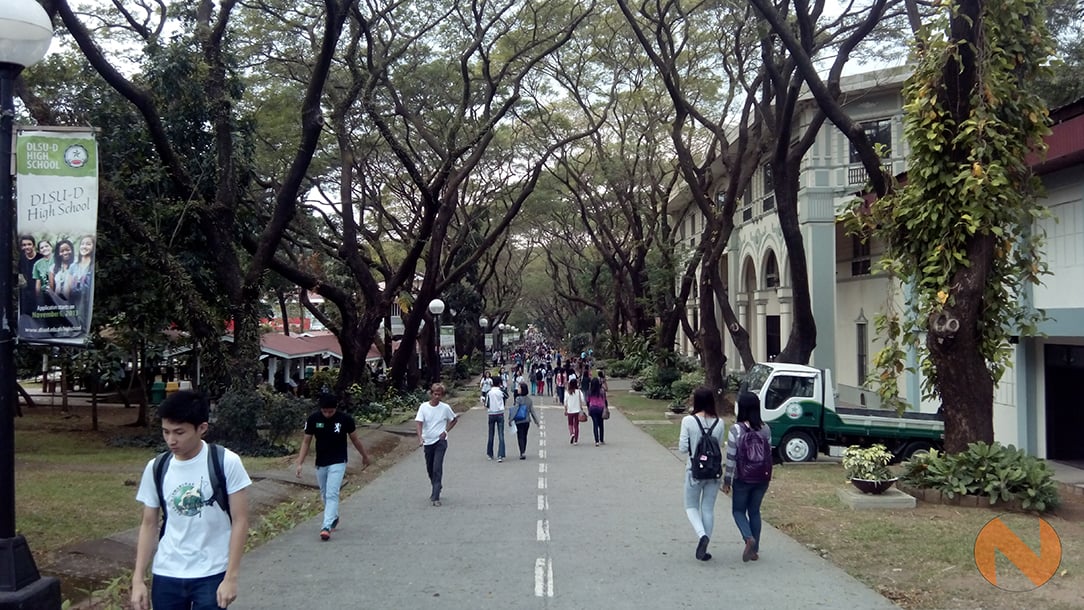 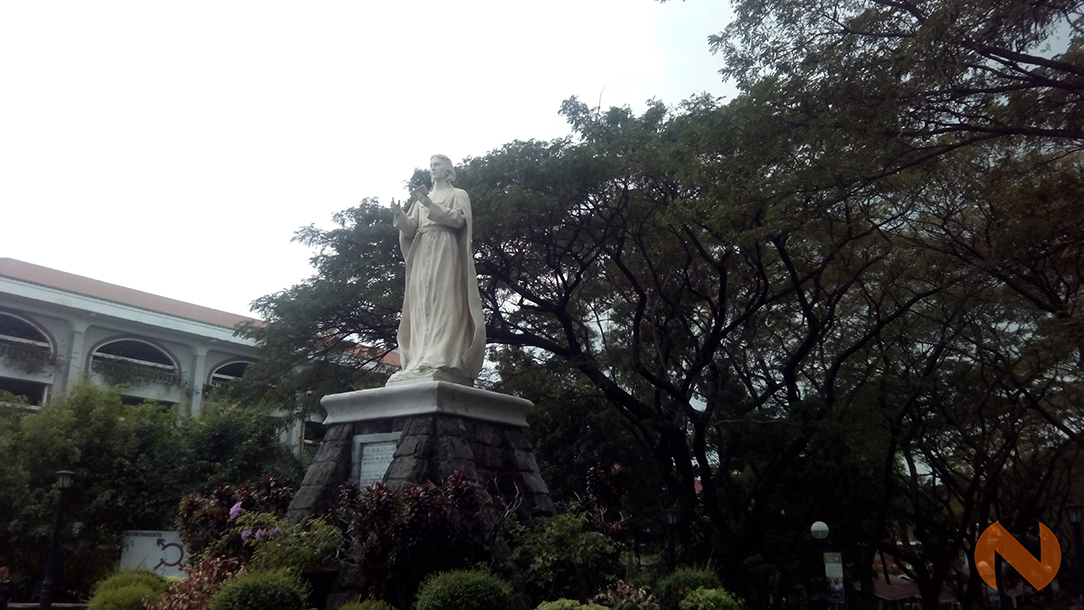 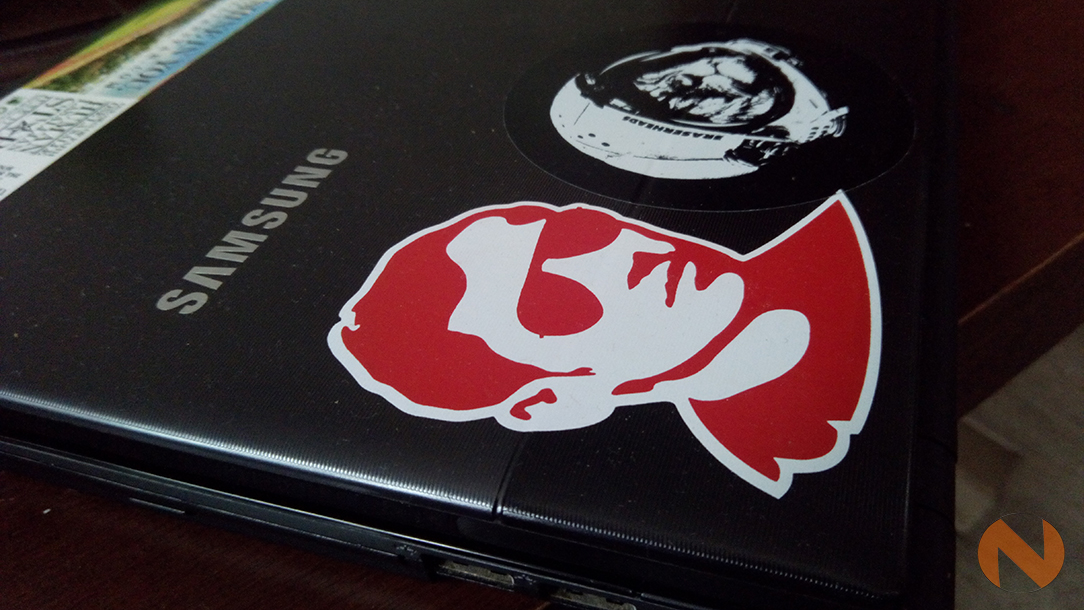 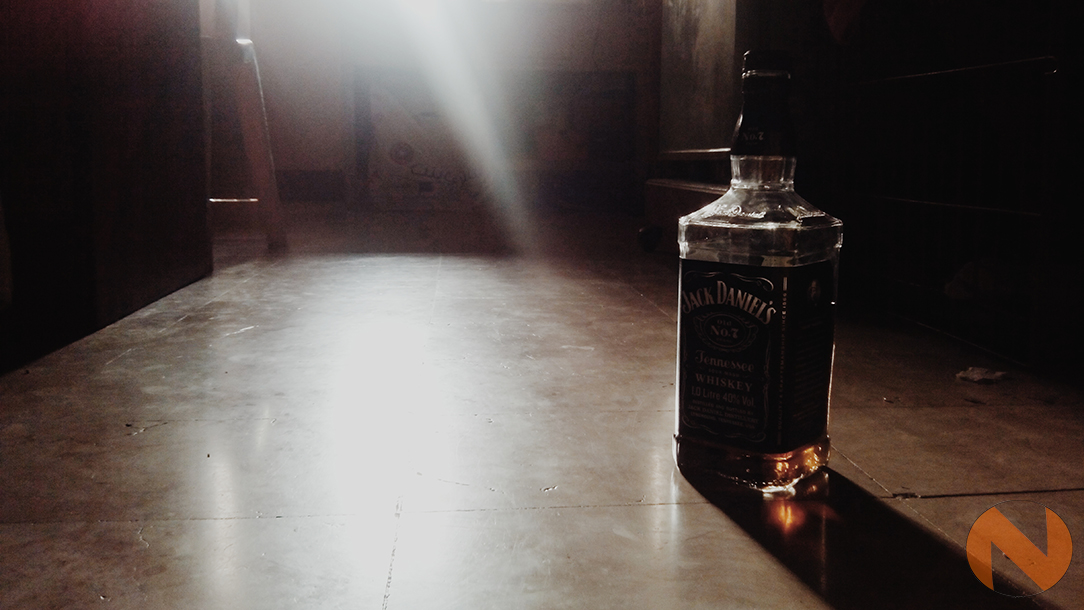 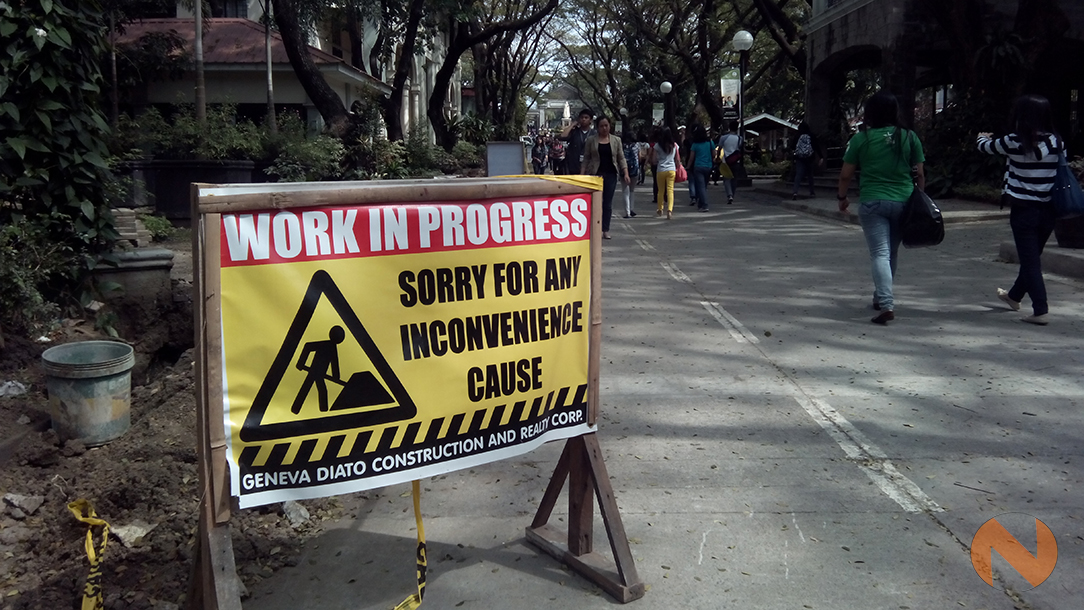 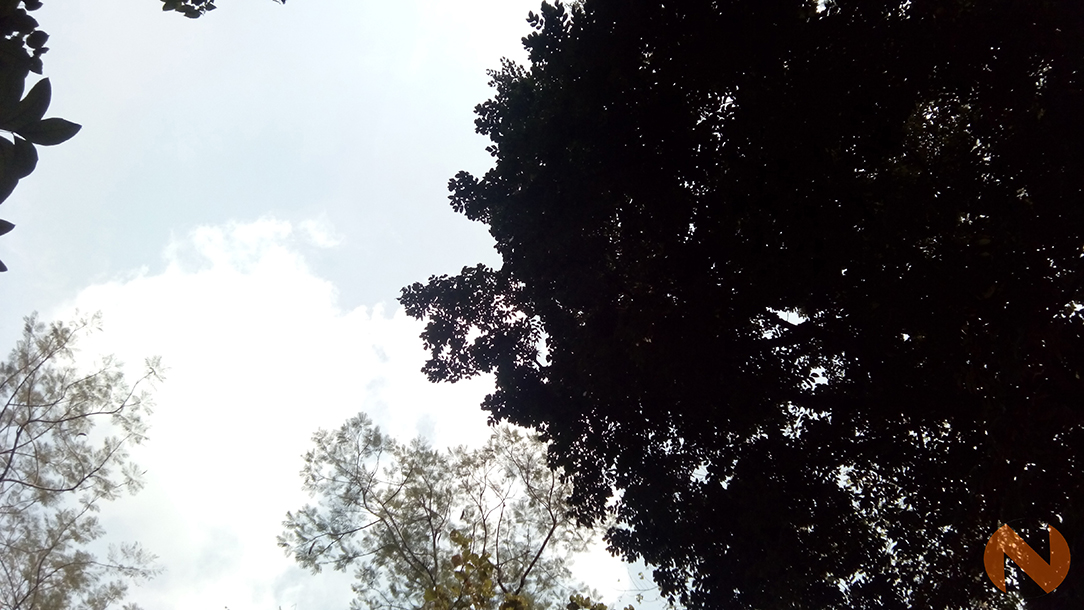 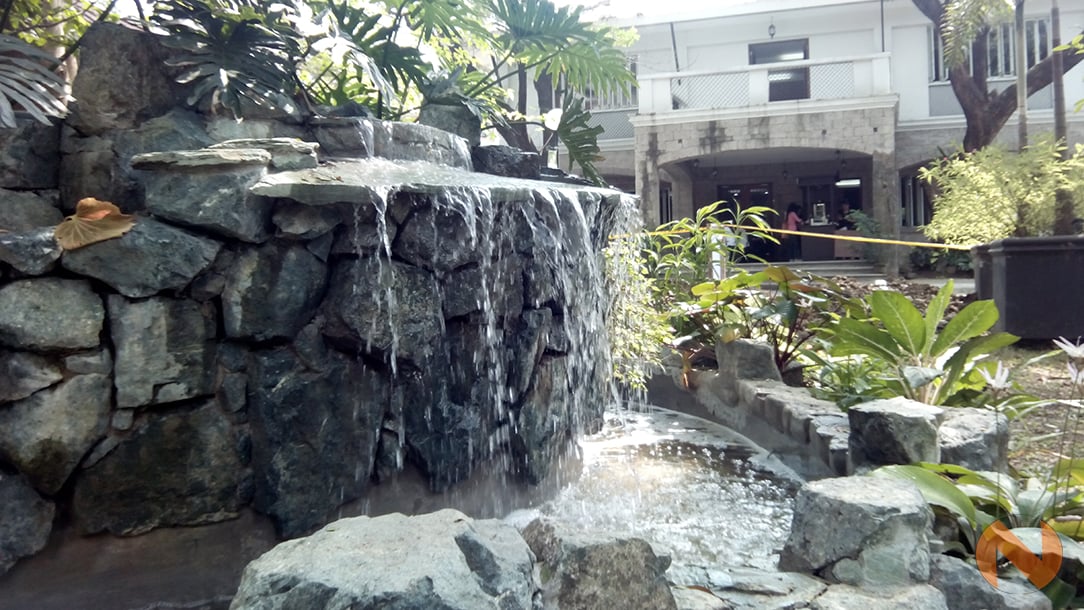 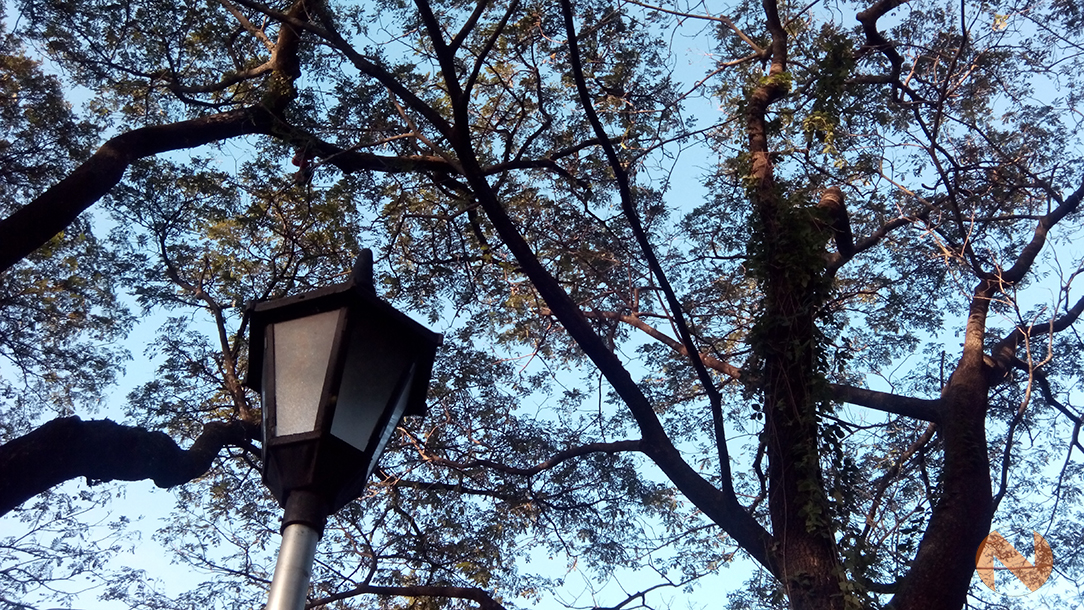 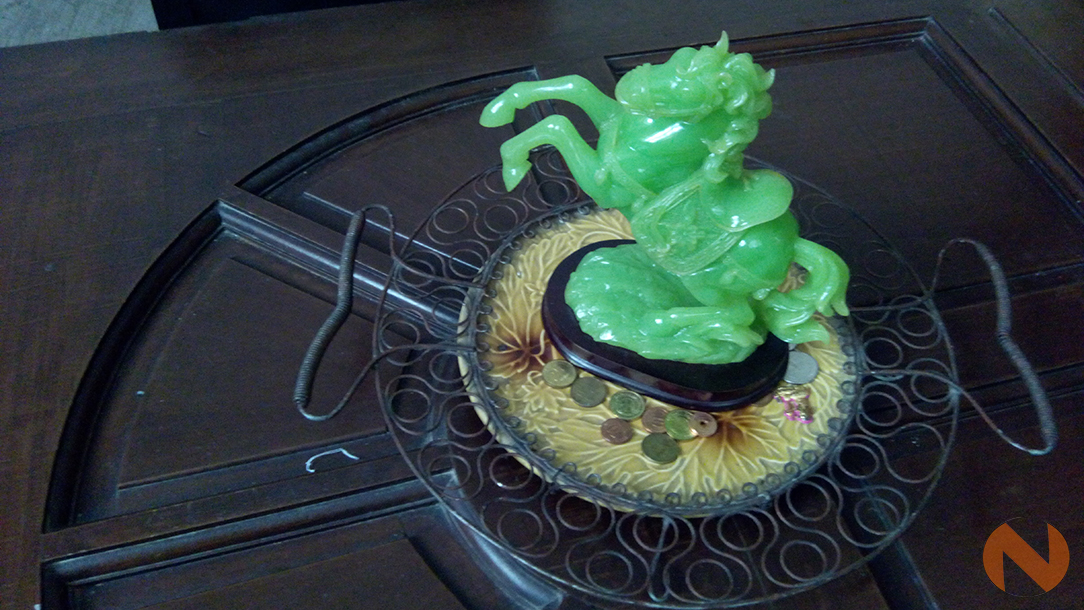 One problem that we’ve seen is that the camera app is laggy at certain times. This does not happen all the time, so it’s not that much of a problem and we’re hoping it could get fixed if ever there are upcoming software updates.

The battery life of the O + Fab Elite easily the best thing I liked about this phone. The standby time is just unprecedented. We’ve tried to leave it on standby for a one whole day and it ate-up only 6% of the battery, not like any smartphone these days who are always hungry for power even they are not in use. 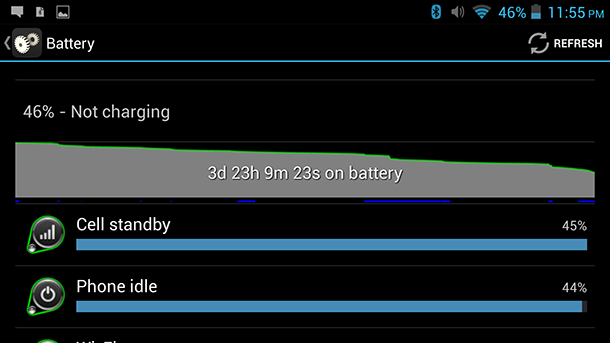 The 3000mAh power can also make you carelessly play hardcore games without having to worry that your phone will lose a lot of juice and won’t last a day. From light to moderate use, the O Plus Fab Elite can impressively last for two days.  But from heavy use (continuous gaming and web browsing), this handset can last you for about 14-16 hours up to one whole day. That really is a big plus if you would ask us as most of us users today tend to be more cautious rather than enjoying a game because we worry that our battery’s juice would be gone only in the middle of the day.

The Fab Elite’s battery performance is really impressive despite of its large Full HD display and relatively powerful processor.

Entertainment is where the Fab Elite really shines, so we divided it to three sections:

Gaming experience is really, really great. The 6.5-inch screen gives a plenty of room for on-screen controls so your fingers don’t block or bother you during gameplays and makes you enjoy those beautiful-looking games better. Also, if paired with an external gaming controller like the ones found in CDR (and with a USB OTG adapter), gaming experience is superbly enhance. The big-ass screen gives you that console-like feeling.

Movie lovers would also benefit on the O+ Fab Elite’s large screen.  The display quality is just about perfect and the 6.5-inch screen is large enough to see those tiny details in a movie. 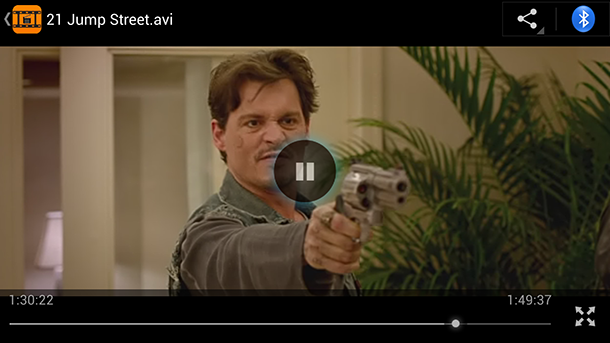 The huge screen is also perfect for those people who often share movies with their friends. Watching random videos in Youtube is also pleasant as long as you have a good internet connection.

The speaker’s performance is pretty average just don’t expect to hear anything from it in a crowded room or a place with a lot of noise. 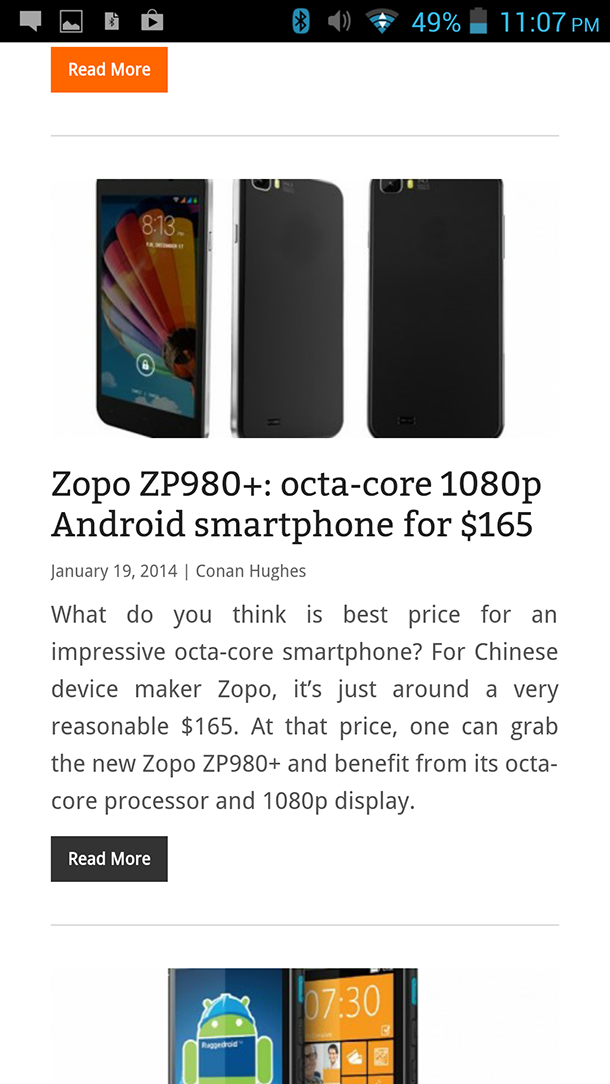 Online surfing also feels and looks gorgeous on this one. Texts from websites are big enough to see and articles are more appreciative because of the Fab Elite’s large screen. Also, social networking apps like Facebook, Twitter or Instagram looks beautiful on this one. Photos shared by your friends or people you follow looks more stunning on this device than any other smaller handset.

One thing is for sure, this phone is not for those people who are hardcore texters, like most of Filipinos are. The 6.5-inch display can really stress your hands if you type on it more often than not. And also, we find it really awkward to take out the phone in public because of its ridiculously big size just to reply on some text messages. Calling is almost the same, it’s quite annoying to place a large phone in your ear. Though having a Smart Cover makes calling unique and quite enjoyable. But nonetheless, the call quality is clear and you wouldn’t notice any problem, and also its built-in microphone works very well. We still advice that you use the Sennheiser earphones included in the package to avoid looking nasty.

The O+ Fab Elite has an enormous large screen which clearly makes it a phone not meant for everyone. This is a handset for those people who want to satisfy some particular needs like productivity and entertainment. 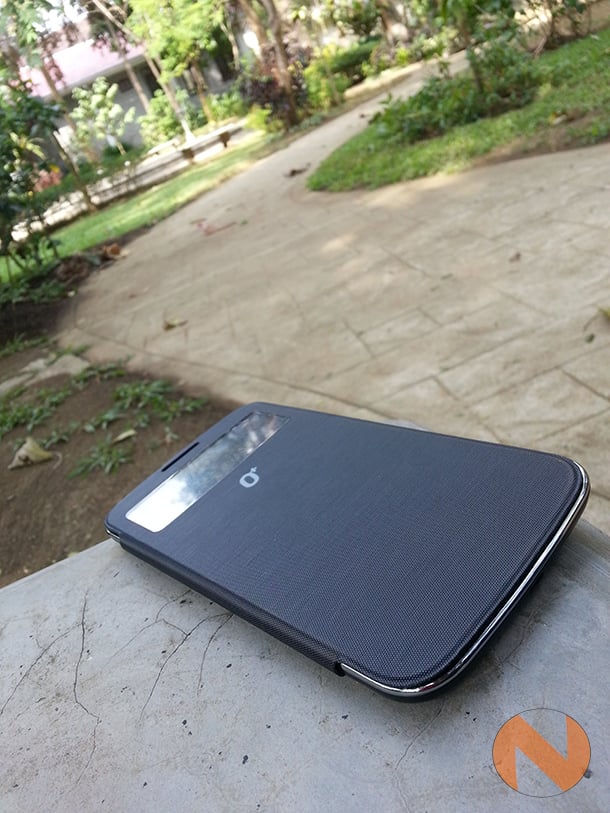 There are some short-comings that this phone has that really disappointed us. First is it lacks LED notification. And since it’s a phablet, we hope that O+ had it a 2GB installed RAM instead of only giving it 1GB. Another thing is that there is little design change compared from its older brothers although the back and Smart cover are really astounding. We really wished that they made the whole body glass-on-glass, just like what they did on the O+ Imagine. These disappointments makes us say that the Php18,995 price tag on this device is quite ambitious. It could have been a great deal if O+ slashed a few thousands of its current SRP.

Check out our full video review below.

Nonetheless, it’s still gorgeous 6.5-inch screen and uber impressive battery life gives this phone an edge to other competing phablets. If you’re a person who’s a businessman-like hungry for productivity or just a hardcore gamer, you may consider on checking out this phone. Otherwise, look for something else.