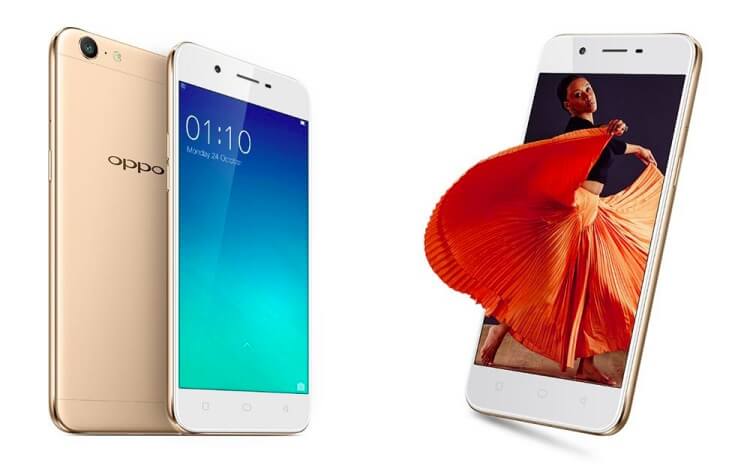 OPPO has introduced one of its newest smartphones in the Philippines – the OPPO A39.

It’s not an entirely new offering, as it was already released last year in China. The OPPO A39 is a mid-range smartphone that packs a 5.2-inch IPS display with HD resolution and 282 pixels-per-inch. There is a 2.5D curved arc glass on top of the display as well as Corning Gorilla Glass 4 protection. Runing inside is a MediaTek MT6750 octa-core processor with a 1.5GHz clock frequency and Mali-860 MP2 GPU firing up the graphics. The processor is backed by 3GB of RAM and a modest 32GB of internal storage space onboard which can be notched up to 256GB.

Perhaps the stand-out feature on the A39 should be its camera sensors. The OPPO A39 sports a 13MP main camera at the rear with 1/3.06″ sensor and LED flash. The large sensor combines with the Ultra HD mode that gives users the ability to capture 50MP images, making it a great camera performer. Up front, the A39 sports a 5MP front-facing selfie camera that has a large 1.4um individual pixel size capable of capturing more light. UPDATE: Here’s our initial review of the OPPO A39!

Unfortunately, the OPPO A39 still runs on Android 5.1 Lollipop instead of the newer Android 6.0 Marshmallow and Android 7.0. A recent report by Google shows that Android Lollipop remains the most dominant and most used mobile OS among the Android lineup. Moreover, the OS is tweaked with OPPO’s Color OS 3.0 UI which gives it an iPhone look.

The device packs a generous 2,900mAh battery under its hood and comes with connectivity options such as Wi-Fi a/b/g/n, Bluetooth, 4G LTE, GPS, etc. The device is also a dual SIM smartphone with both SIM slots using nano SIM cards. The smartphone has a dimension of 149.1 x 72.9 x 7.65mm, weighing in at 147g.

The phone closely resembles the OPPO F1s and its hardware with few minor differences. As for the price, the OPPO A39 comes in at Php 10,990. It’s actually a pretty good deal considering the quality you get on the A39. It will be available on all OPPO concept stores and authorized resellers nationwide.

We’re currently working on our full review and we will be releasing it in the next couple of weeks.