OPPO is really hitting on all cylinders to further dominate the market today.

The OPPO F1s started the selfie revolution, but that’s not enough as the company is back again with yet another “Selfie” smartphone. The F1s is already priced competitively, but for those who want to save money but still want an OPPO smartphone, this handset would be a good alternative. Priced at Php10,990 ($222) in the Philippines, it’s almost as good as the #SelfieExpert with some minor differences.

Join me as we take a first look at the OPPO A39 before our full review. The A39 looks very identical with most of the devices from the company. It still has the same iPhone-ish look, only with the absence of a home button. I actually do miss the home button here, which the OPPO F1s had. Not only that it worked as a physical button on the device, but it also had the fingerprint scanner on it. That missing feature is slightly forgivable considering the cheaper price tag of this device. But honestly, it would’ve been miles better if they managed to squash it in. The OPPO A39 is also noticeably chunkier than the F1S. However, the device still looks super sleek thanks to its all-metal build. Just like most all-metal built smartphones, the OPPO A39 also has a unibody construction, which means that the battery isn’t easily replaceable. With that, I am really looking forward to testing the 2900mAh battery that’s inside.

Also, due to its lack of removable back panel, we do have the SIM card tray at the back. Just like what they have done in the OPPO F1s, it’s capable of housing two nano SIM cards and one microSD card that can expand the already large 32GB of internal storage to a whopping 256GB. Overall, this thing feels lightweight and premium in the hands. No big complaints here. Another compromise on the OPPO A39 is the 720p display. For a picky person like me, I could see each individual pixels peeking out. But for most people, I think they’ll barely notice. However, there’s more to a display than its sharpness, and I’m pretty excited to test the thing out as my hopes are high for this thing because of the F1s’s impressive display quality.

On the flip side, there are actually a few other things that they really didn’t compromise. The cameras, for instance, are still good, especially the front-facing one. 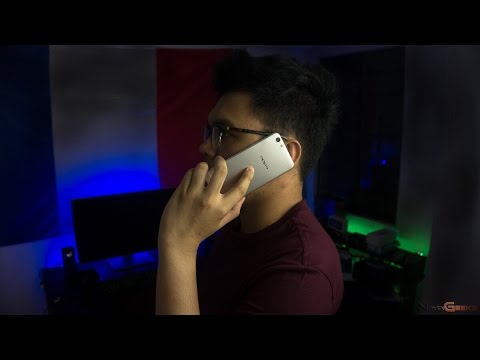 UPDATE: Here’s our full review of the OPPO A39.

Upon unboxing the OPPO A39, I was pretty excited to test the camera at the front and took some selfies, as the company promises that it makes “Selfies Unstoppable” – and their claim is pretty justified in my initial tests. OPPO seems to be holding up in their “camera phone” slogan with good performance to back it up. So as a person who’s a bit into photography, I’m really excited to test the handset out, especially the 13-megapixel sensor at the back.

Well, that’s basically it for now. Make sure to stay tuned.