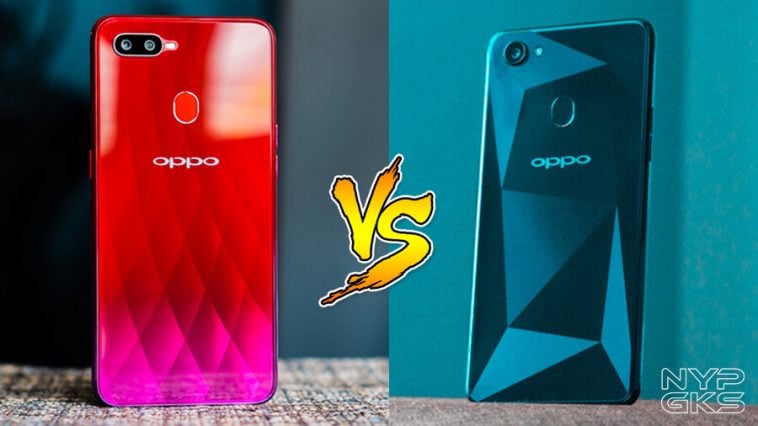 The OPPO F7 is just a few months old, so everyone was surprised the OPPO already released a successor right away.

Back in its day, and even until now, the OPPO F7 is one of the most interesting devices in the midrange segment. It comes with a great design, capable processor, and really appealing set of cameras. We are curious as to why OPPO was eager to produce a successor to the F7. On top of our head, it’s probably because of the new competition in the market.

The OPPO F9 is the latest member of the company’s popular F-series smartphones. At first look, it seems like a more refined version of the F7. OPPO retained everything right about it and improved on key areas which needed work. Is the OPPO F9 really better? Or should you just settle for the more affordable F7? In our OPPO F9 versus OPPO F7 specifications and features comparison, we’ll see how these two phones stack up against each other. The OPPO F9 clearly has tons of similarities with the F7. So if you already own the latter, there’s not much reason to upgrade.

But if you have an F5 or older, then you might want to go with the OPPO F9. This device does feel like a more polished version of its predecessor, as it comes with upgraded features that are actually more significant than what you might expect.

One of the biggest improvements is the inclusion of VOOC fast-charging technology. Previously, this is a feature that we only see in OPPO’s high-end devices. The OPPO F9 also has 6GB of RAM, which is a major step-up to the 4GB of memory of the F7. Also, not a lot of devices under this category has this much RAM, so that’s a big plus.

OPPO also did some additions to the camera department. The F9 features a 16-megapixel camera on the back just like the F7. But this time, it’s now partnered with an extra 2-megapixel sensor for the Portrait Mode feature. The last one is not part of the specs table above, but is still worth noting. If you look at the product shots on this article, you’d notice that the OPPO F9 has a slightly better design than the F7. Unlike its older brother, the OPPO F9 now features a smaller display notch. It also features a more stylish back panel, with petal-like patterns and gradient colors.

But if none of those upgrades really matter to you, then you might be better off with the OPPO F7 and save that extra Php3,000.

As I stated earlier, both devices are really similar. The two has the same 6.3-inch FHD+ IPS display, a capable MediaTek Helio P60 processor, and 64GB of onboard storage. The OPPO F7 also has a 25-megapixel selfie camera, something that OPPO didn’t change on the F9. However, the company equipped the F9 with more camera tricks which the F7 clearly doesn’t have right now. We’re not sure if it will be provided in a software update.

In conclusion, the OPPO F9 feels like what the F7 should have been. Thankfully, this new one retails for Php17,990, which was the same price of the F7 when it launched a couple of months back.