We’re in an era where flagship smartphones have become ludicrously expensive. So much so that they almost cost as much as a downpayment for a brand new car.

Unless you have a lot of money in your disposal, or you don’t mind painstakingly paying for monthly installment plans, you might want to consider getting entry-level smartphones. Devices that deliver specs and features that are close to what flagship and high-end devices offer. 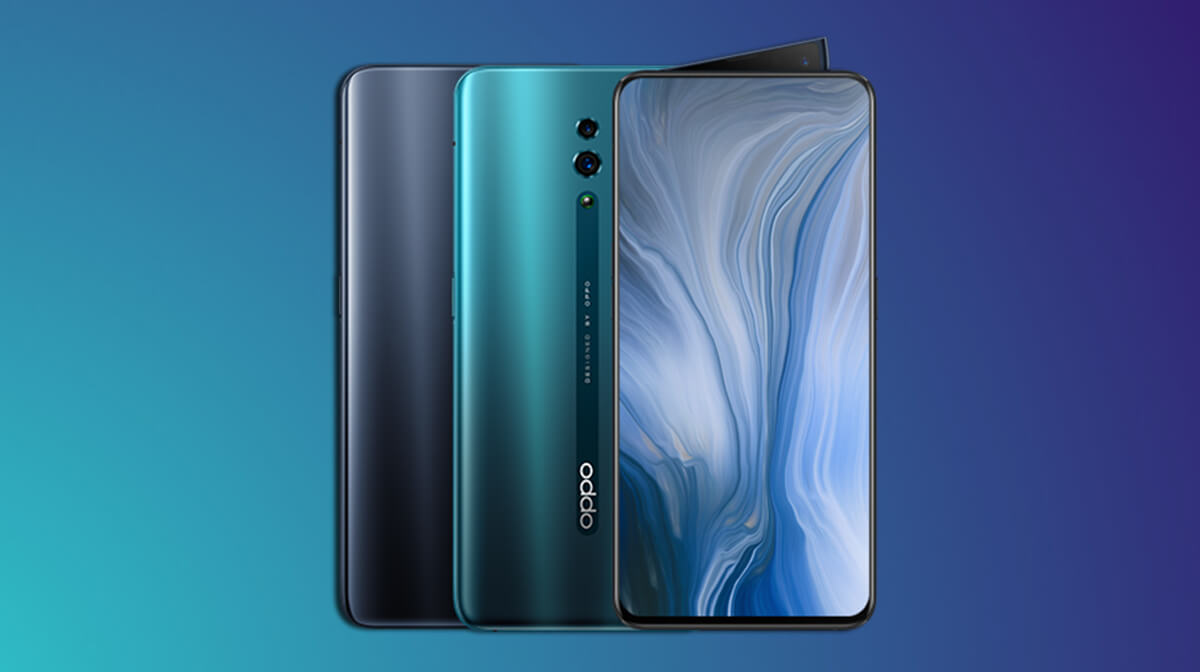 One of those devices is the OPPO Reno, which is a compromised and more affordable option to the flagship Reno 10x Zoom. This one retains one of the latter’s biggest feature, the shark’s fin style pop-up camera, but with toned-down hardware on the inside to keep the price down.

Moreover, we also have the Samsung Galaxy A70, a cheaper alternative to the Galaxy S10 if you’re really a Samsung fanboy. Much like the Reno, the Galaxy A70 aims to be a high-end device, without the steep price tag. 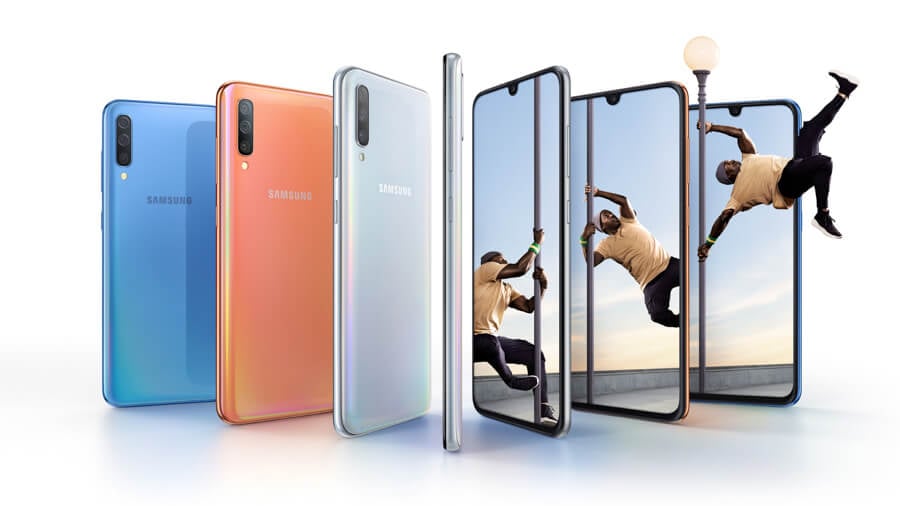 Here in our OPPO Reno vs Samsung Galaxy A70 specs comparison, we shall see which between these two can satisfy your demanding needs in terms of performance, design, and features, so you don’t have to waste too much money for a flagship device. 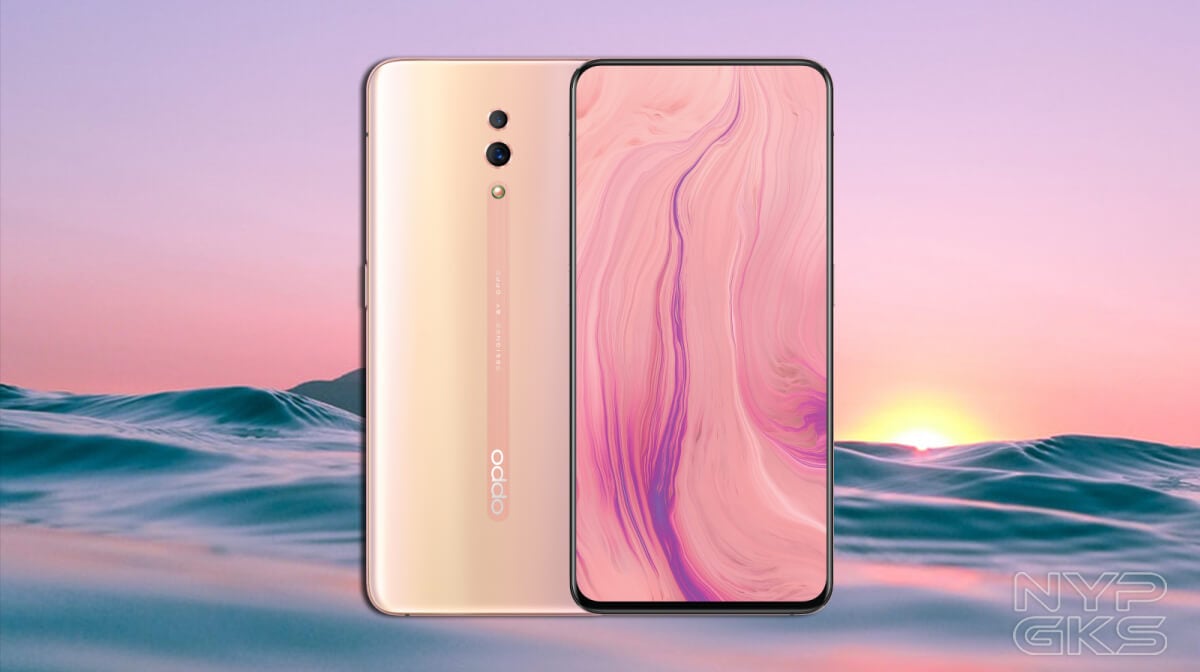 As what you just saw, the Samsung Galaxy A70 is a great device by itself. But, there’s no denying that the OPPO Reno offers better specs and features in some areas — if you’re willing to pay extra cash.

The Qualcomm Snapdragon 675 processor on the Galaxy A70 delivers great performance. But if you want something that’s close to what flagship devices offer, you’d be better off with the Snapdragon 710 chipset on the OPPO Reno. 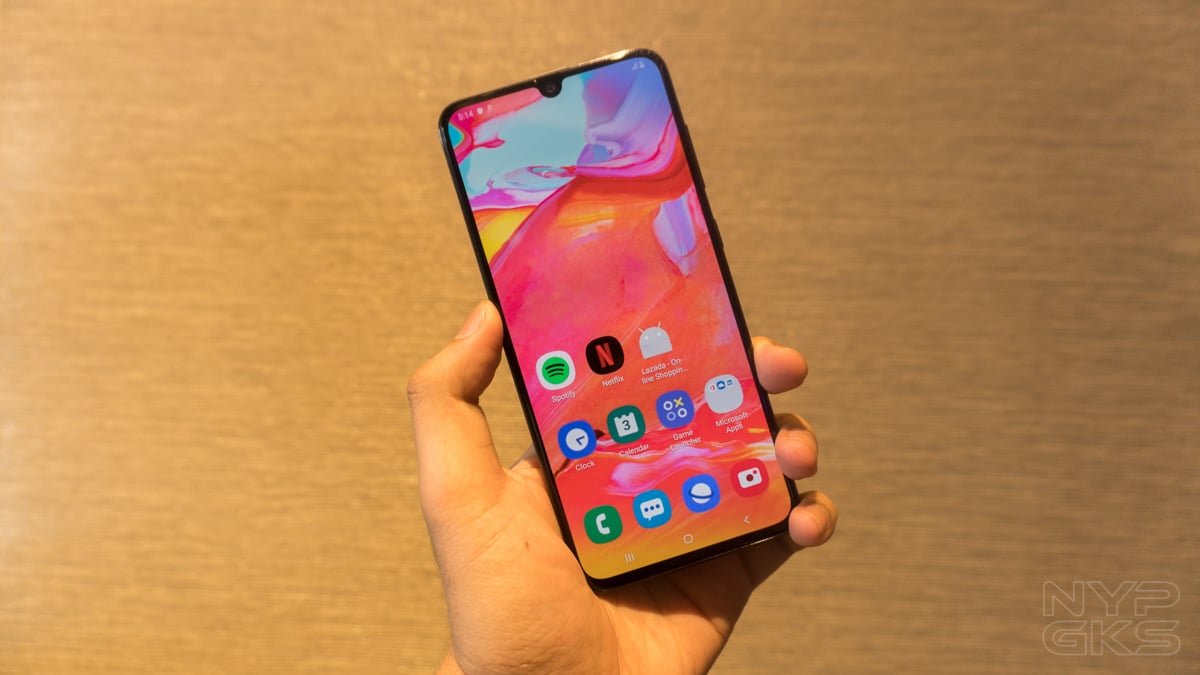 Both devices have the same 6GB of memory. Still, the Reno takes the win in the performance department as it has 256GB of storage, while the latter only comes with 128GB. There’s also the Adreno 616 GPU that can handle games better than the Adreno 612. On the downside, the Reno lacks an option for storage expansion. 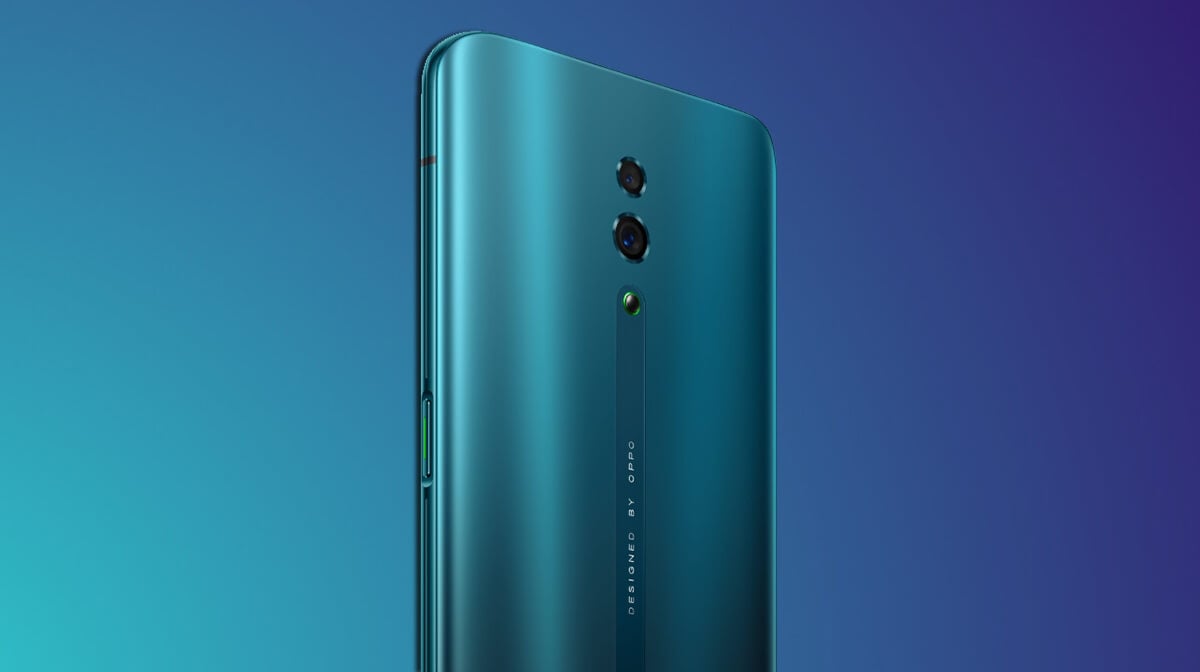 One of the clear wins that the Galaxy A70 has is in the battery department. This one has a 4,500mAh battery, which is substantially bigger than the 3,765 capacity that the OPPO Reno has.

The Galaxy A70 also has a bigger 6.7-inch FHD+ Super AMOLED display than the 6.4-inches on the competition. However, OPPO was able to one-up Samsung as the Reno comes with Corning Gorilla Glass 6 protection (vs Gorilla Glass 3) and a better screen-to-body ratio. 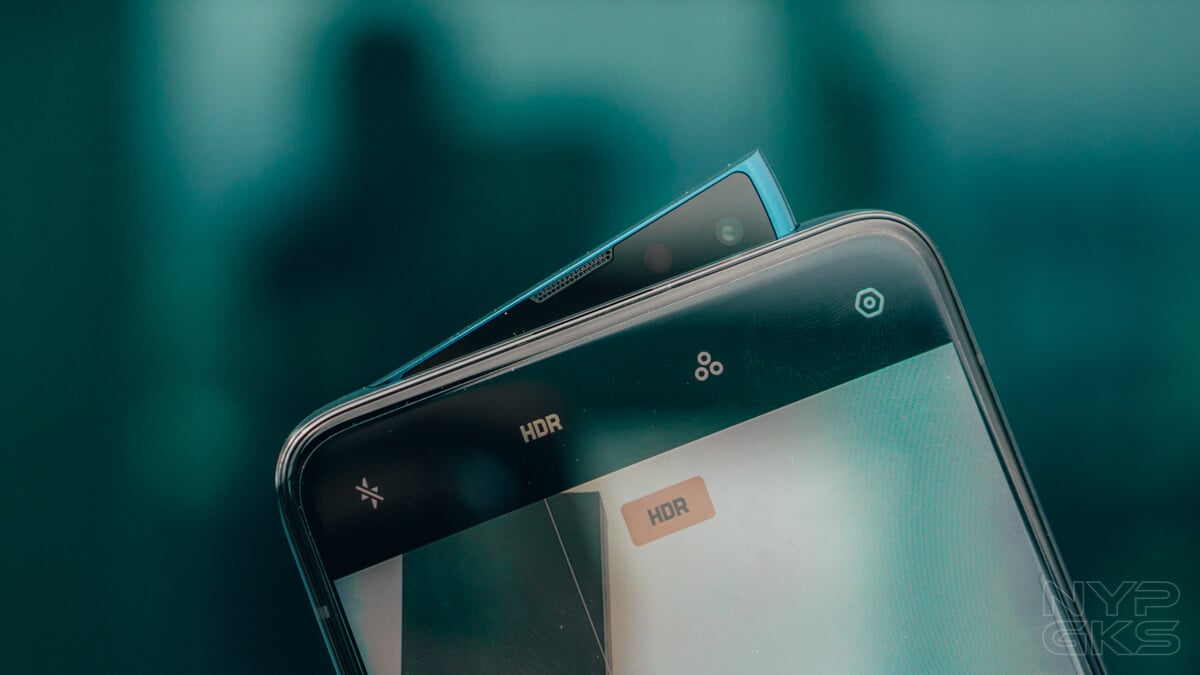 The Reno’s all-screen display was made possible by its unique shark’s fin style pop-up camera. Meanwhile, the Galaxy A70 settles for the traditional waterdrop notch to house its selfie snapper.

Our verdict for the camera department is kind of a mixed bag. The OPPO Reno does have a unique pop-up mechanism and a front-facing soft-light flash, but it only comes with a 16-megapixel selfie camera. Meanwhile, the Galaxy A70 uses a 32-megapixel sensor. 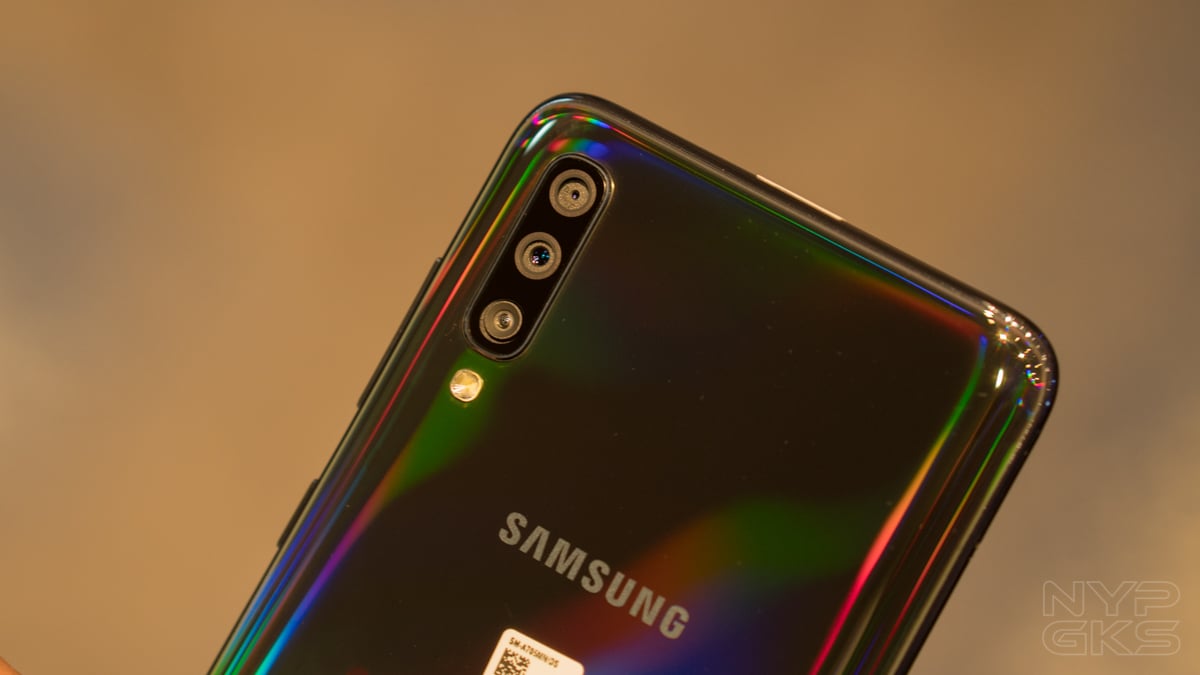 Going to the back, the Galaxy A70 offers flexibility as it has a 32-megapixel primary camera, a 5-megapixel depth sensor, and an 8-megapixel ultra-wide-angle shooter. On the other hand, the OPPO Reno only have two. But, the primary shooter has a better 48-megapixel camera that uses a Sony IMX586 sensor and a wider f/1.7 aperture.

Both devices come with Dolby Atmos technology, in-display fingerprint scanners, and runs on Android 9 Pie with their own custom skins. It’s worth noting that the Samsung One UI feels cleaner and more straightforward than OPPO’s ColorOS 6.

The Samsung Galaxy A70 offers a really compelling value for its price of Php22,990. But if you want to go extra, then you might be better off spending more with the OPPO Reno. For a price of Php26,990, you’re getting a device with a cool pop-up camera, faster processor, bigger storage, and a flagship-level primary camera.

Both devices are now available in their respective stores and kiosks nationwide. As well as in multi-brand shops and online stores.