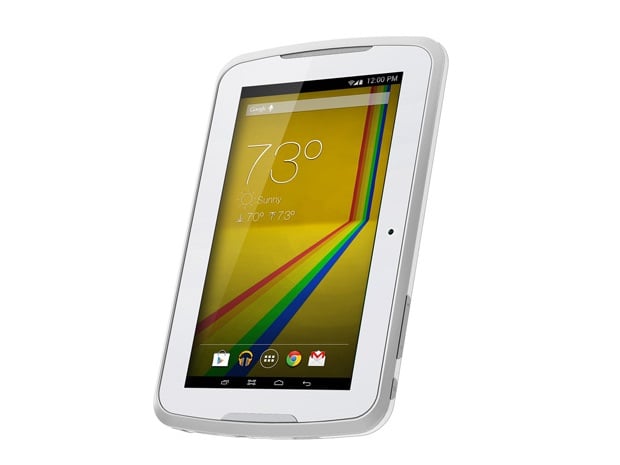 Though a brand still better known for instant film cameras, Polaroid is exercising some of its efforts now on releasing Android-powered devices. The latest of these are the Polaroid Q series of inexpensive tablets, specifically the Polaroid Q7, Q8, and Q10, that will cost from $129 to $179.

As the numbers in the names might suggest, the Polaroid Q7 (pictured above), Q8 (shown below in a black body), and Q10 have 7-, 8-, and 10-inch screens, respectively. All models come preinstalled with the latest Android 4.4 KitKat, perhaps the best thing you get from these otherwise run-of-the-mill slates. Connectivity options include HMDI video output and the usual Wi-Fi and Bluetooth. The quad-core processor providing the horsepower in the Polaroid Q tablet series isn’t explicitly mentioned, but we can safely guess that it’s of low-end quality made by MediaTek. The devices also come equipped with front- and rear-facing cameras, as well as front speakers for clearer audio. Like with many devices popping up before January’s tech prime time, more information about the devices will be disclosed this coming CES 2014. Overall, the specs won’t completely disappoint, what with prices expected to affordably run between $129 and $179 only. They are slated to go on sale sometime this spring.