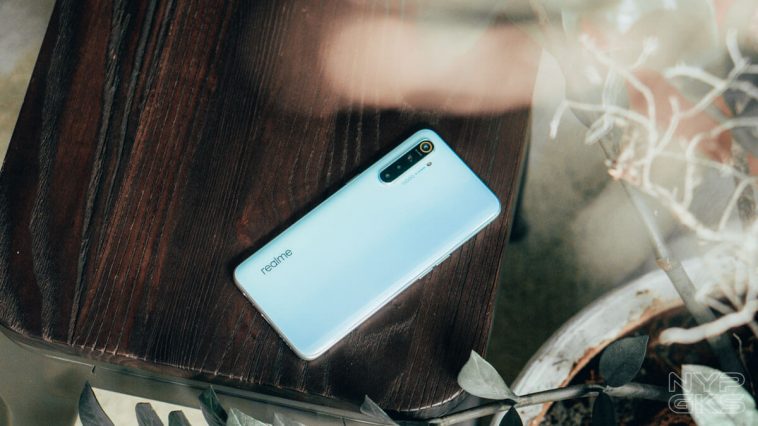 Realme is on a winning streak in recent months with the release of the Realme XT proving that their momentum is not ending soon.

The launch of the Realme XT came not long before the Realme 5 and Realme 5 Pro impressed the market.

This device has the title of being one of the first — and one of the most affordable smartphones — to come with a whopping 64-megapixel primary camera.

But how does this latest camera sensor really performed in the real-world? And in general, is this latest from Realme worth your time and money? We’ll find that out in our Realme XT review.

The Realme XT has a unique but straightforward design. It has a plain layout on the back, with the exclusion of the diamond-cut aesthetic that its brothers have. The reflections coming out of its Corning Gorilla Glass 5 panel is enough to give it a character. That same Glass is also protecting the screen on the front, with a pre-applied screen protector for extra peace of mind. What we have here is the Pearl White option, which looks refreshingly clean compared to what other devices have. It’s not the thinnest at 8.6mm, but the subtle curved edges make it very comfortable in the hands.

I also like the no-fuss design. The dewdrop notch on top of its 6.4-inch Super AMOLED screen might be distracting for some people. But we personally prefer this than the sketchy moving pop-up mechanism that the competition has. Overall, the Realme XT feels really sturdy, sleek, and a device that would really last long and enjoyable to use. The chassis is still made with plastic, but the sturdy glass sandwich keeps it all intact. For a quick tour, we have the noise-canceling microphone on top. While on the bottom we have the USB Type-C port, a headphone jack (a nice sight to see), and the loudspeakers. We have the SIM tray on the left side, which can house two nano-SIM cards and a microSD card (up to 256GB) all at once. Below that is the volume controls, while adjacent to that is the lock/power switch on the other side. The back panel looks really clean. There’s the quad-camera setup in a vertical orientation on the top left. It’s inside in a noticeably thick camera bump, but it’s forgivable. The LED flash is right beside it, while below is the Realme logo. Just like most Super AMOLED screen, the Realme XT’s display projects vibrant colors and deep contrast. It may not be the most color-accurate of all, but it is enough to make watching movies an TV series enjoyable.

Realme claims that it can beam up to 430nits of brightness. As per our testing, the device is indeed usable even at sunny outdoors. Another benefit of AMOLED screen is its deep blacks, so you can dial the screen brightness all the way down if you’re browsing the web at night.

Under the hood, the Realme XT is rigged with a Qualcomm Snapdragon 712 octa-core processor, with 8GB of RAM, Adreno 616 GPU, and a 128GB of internal storage that’s expandable up to 256GB via a microSD card. To get the most out of this processor, we put the device in performance mode (adjustable in the settings menu). With that, it goes without saying that it delivered really fast and smooth performance. In fact, this could possibly the best performance you can get for the price.

Scrolling through the interface is fluid, running basic and most-used apps like Facebook and Instagram is seamless. Taking pictures is fast. The in-display fingerprint scanner is fast. Everything is just buttery smooth with no noticeable lags or hiccups.

The Realme XT gaming experience is also really great. We were able to run top titles like Call of Duty Mobile, Mobile Legends, and NBA 2K20 at high graphics with smooth frame rates.

Clearly, if gaming and performance is up your list, besides photography, the Realme XT can really serve you well.

Just like their other releases, the Realme XT runs on Android 9 Pie with ColorOS 6 on top. However, Realme is saying that the ColorOS UI that they are using is different from what OPPO have on theirs. In our testing, there is definitely some difference, but barely noticeable. The lock screen looks relatively clean, with large tabs for your notifications.

You can swipe up from the home screen to access the app drawer. While going to the far left of the home screen reveals the Smart Assistant that has tabs for most-used apps, step counter, weather, and more. The control center is above the notifications tab. You can long-press select buttons like the WiFi, and have quick access to your available networks or Bluetooth devices. There’s also the Game Space and Game Assistant which optimizes the system and removes distracting notifications when you’re playing games. Since it has an OLED screen, you can enable the screen-OFF (a.k.a Always-on display) clock so you can instantly see the time without pressing any buttons. A Dark mode feature is also available that is easy on the eyes and conserves battery.

Most used native apps look familiar and intuitive. The camera app has the right buttons that lets you utilize the camera hardware intuitively, although I wish that the ultra-wide toggle was not separated from the zoom button. The Realme XT uses Google Keyboard that’s easy to type on, and even has built-in Google Search. And for those who are worried about bloatware, there are not a lot of theme here. There are 117GB storage usable out of its 128GB, which is respectable.

In-display fingerprint scanners used to be a premium feature exclusive to high-end smartphones. But now, we’re seeing it in more affordable offerings like the Realme XT. Also, this technology have matured and became more fast and reliable. It can scan and unlock in a jiffy.

Unlocking the device would be faster if you enable the Face Unlock. With the ‘Raise to Wake’ on, the front-facing camera can detect your face and unlock the device the moment you pick it up. Even before you can use the fingerprint scanner. As stated earlier, the biggest feature of the Realme XT is its cameras. This device is one of the firsts to use the new 64-megapixel Samsung ISOCELL GW1 Quad Bayer sensor, which has a wide f/1.8 aperture. We also have the 8-megapixel ultra-wide, and the obligatory 2-megapixel depth sensor and macro cameras. There’s the Chroma Boost option if you want to add a bit of color on the image. The pictures will look more vibrant but not exaggerated. They are Instagram-ready without the need for editing.

You can notice some smudges in the details when you zoom in, possibly due to some software post-processing. Although this is actually common in smartphones today so we’re cutting them some slack.

You can enable the full 64-megapixel mode to take images in a bigger resolution. The quality is relatively the same. Its main purpose if for when you want to print images or use it in bigger formats.

Next stop, we have the 8-megapixel camera with a 119-degree ultra-wide-angle lens. It produces decent and workable images. The colors and contrast are fine, although the dynamic range is not the best.

On the upside, it doesn’t suffer from the aggressive fish-eye-like distortion on the corners. The wider field-of-view is great for architectural photography, group shots, and other scenarios where you have to cram in more subjects in a single frame. Especially if you’re in tight spaces.

The 2-megapixel macro camera takes decent close-up shots (up to 4cm). However, the details are not the best. You might be better off using the primary camera, point it as close as it can be on the subject, and crop it in post.

On the upside, the dedicated 2-megapixel depth sensor did a good job of detecting which is the foreground and the background. The edges on the subject were pointed out well, thus creating a believable shallow depth-of-field effect.

The Realme XT also has a 16-megapixel front-facing camera on a dewdrop notch on the front. It takes fine selfies with enough detail and acceptable colors.

There’s also the AI face beauty, which lets you smoothen your face, make it thinner, smaller, configure your chin, and more.

The Realme XT is complete with some of the latest connectivity features to date. It comes with 4G LTE, which provided a stable connection to mobile network. Both the dual-band WiFi 802.11 a/b/g/n/ac and Bluetooth 5.0 also didn’t pose any problem during our testing. We also have GPS, Galileo, and BDS connection.

Realme used a USB Type-C port, the current standard. The call quality through the earpiece and the dual-mic array is clear. And we’re thankful for Realme for not giving up the headphone jack on the Realme XT.

One of the best features of the Realme XT is its 20W VOOC 3.0 fast-charging support. Definitely one of the fastest in its class. This will fill up the device’s 4,000mAh battery. We ran PCMark’s battery test, which loops a bunch of synthetic workloads until the battery reaches 20%. We ran that test under the Performance mode, with the WiFi and Bluetooth off and the volume and screen brightness set to 50%. With that, the Realme XT got a screen-on time of 11 hours and 45 minutes. That’s equivalent to an entire day of light to moderate use. If you’re gaming a lot, then you might have to reach for the charger before the day ends.

The Realme XT is definitely the best midrange device that the company has ever made. In fact, it’s easily one of the best mid-range smartphones that you can get for the price. Other than its right-for-the-price and reliable processor, the Realme XT also comes with a few high-end features that you’d rarely see in this category.

For starters, it’s one of the pioneers of the use of a 64-megapixel primary camera. There’s also the premium Super AMOLED screen with a UD fingerprint scanner baked in. There’s also an impressive battery life with ultra-fast charging technology. All of that are crammed in a sleek body that’s sandwiched by a sturdy Corning Gorilla Glass 5.

If we really have to nitpick, we just wish that the ultra-wide and macro cameras took better-looking photos. Seeing an optical image stabilizer would have also been nice.

At the end of the day, the Realme XT offers tons of features crammed inside a sleek and sturdy body — and a very competitive price tag.

Realme XT price and availability in the Philippines

The Realme XT has an official price of Php16,990 here in the Philippines. It’s available in a growing number of Realme stores and kiosks nationwide. You can also get it online through their official shops in Lazada and Shopee.