Samsung surprised its fans by launching not one, but two new Galaxy Note 10 devices.

In its 9th iteration (the Note 6 didn’t happen) fans of the productivity-focused smartphone line now have an option to pick between the Samsung Galaxy Note 10 and the Note 10 Plus. 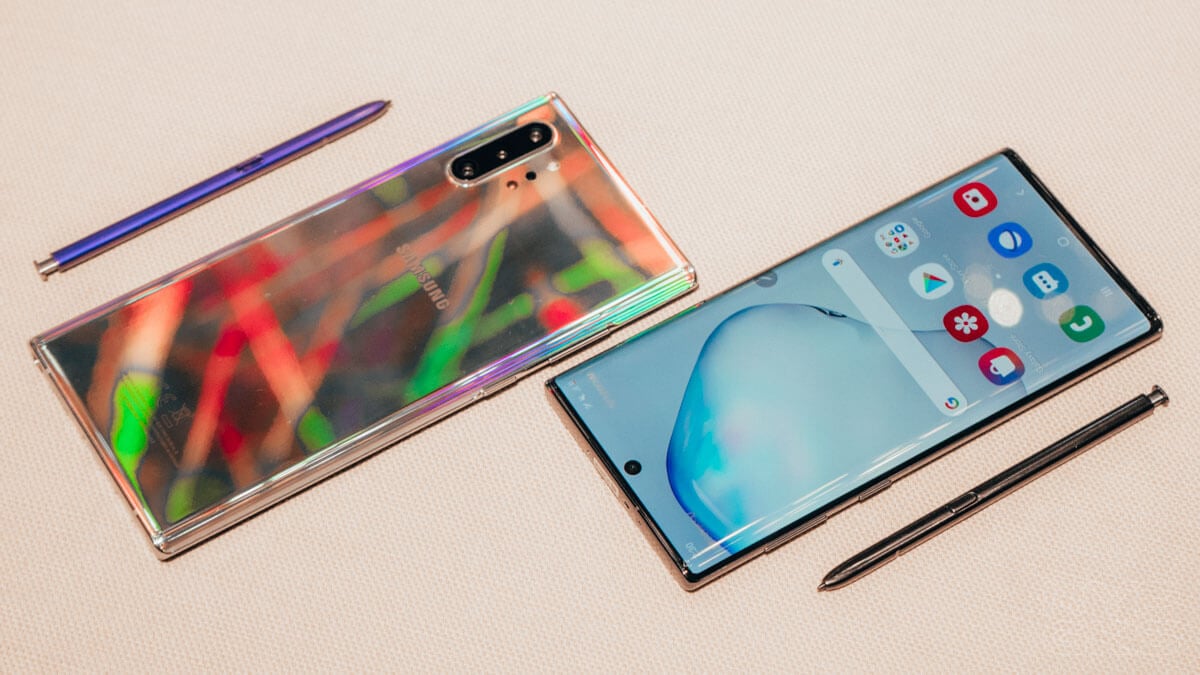 Both devices share a lot of similarities in performance and hardware, making them great options for a lot of power users out there.

So the question is, how come there’s two of them? Was the introduction of the Plus model really necessary? Or simply, what’s the difference between the two? Let’s answer those questions in our Samsung Galaxy Note 10 vs Note 10 Plus specs comparison. 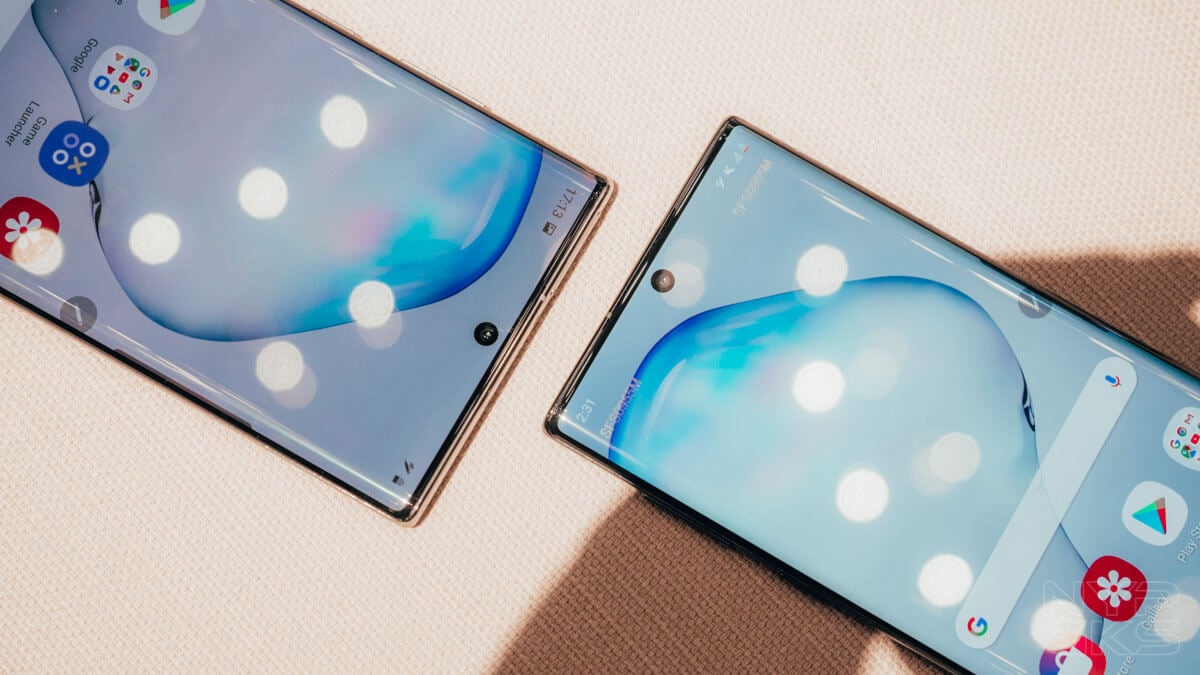 There’s no surprise that the Samsung Galaxy Note 10 Plus is much better than the vanilla Galaxy Note 10 model. But the thing is, the latter feels really so underwhelming that purchasing it makes almost no sense.

You can look at it in two ways. One, the Galaxy Note 10 gives the die-fans of the series a more affordable and compact option. Or two, the existence of the vanilla model was only done to make the price for the Plus variant look reasonable. 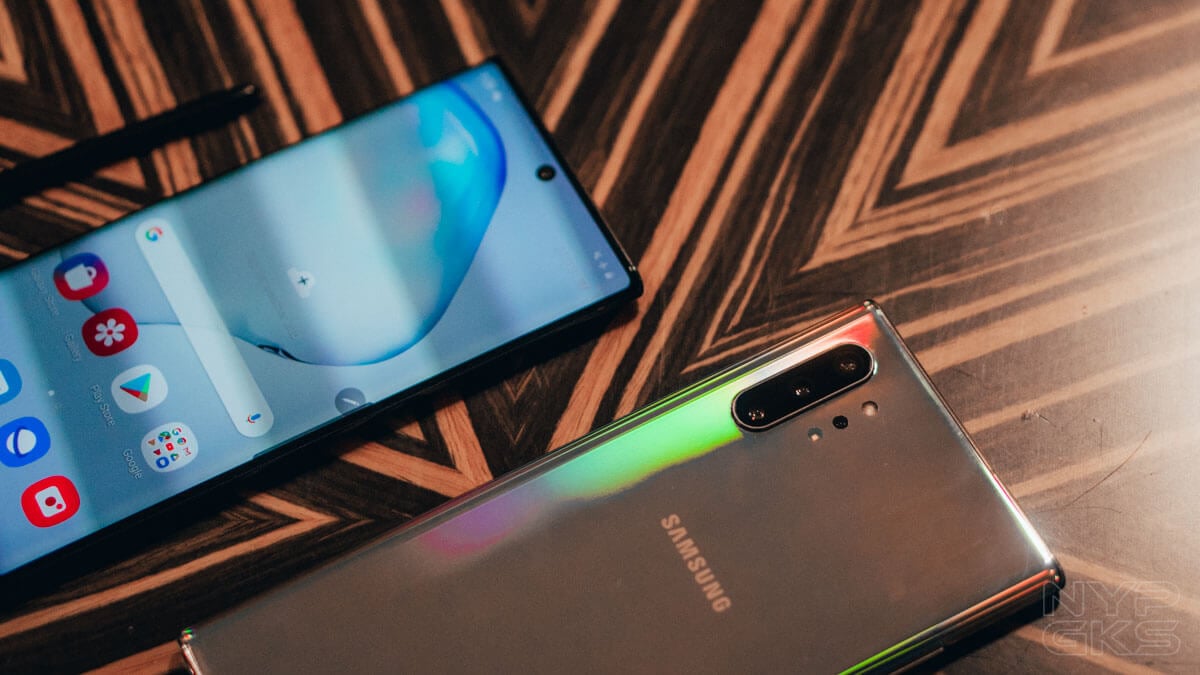 We think that most people will vote for the second reason, primarily due to the fact that the Note 10 only comes with a FHD+ screen while the Plus model has a sharper QHD+. Personally, I think that you should already be getting a QHD+ screen for a device at this price. 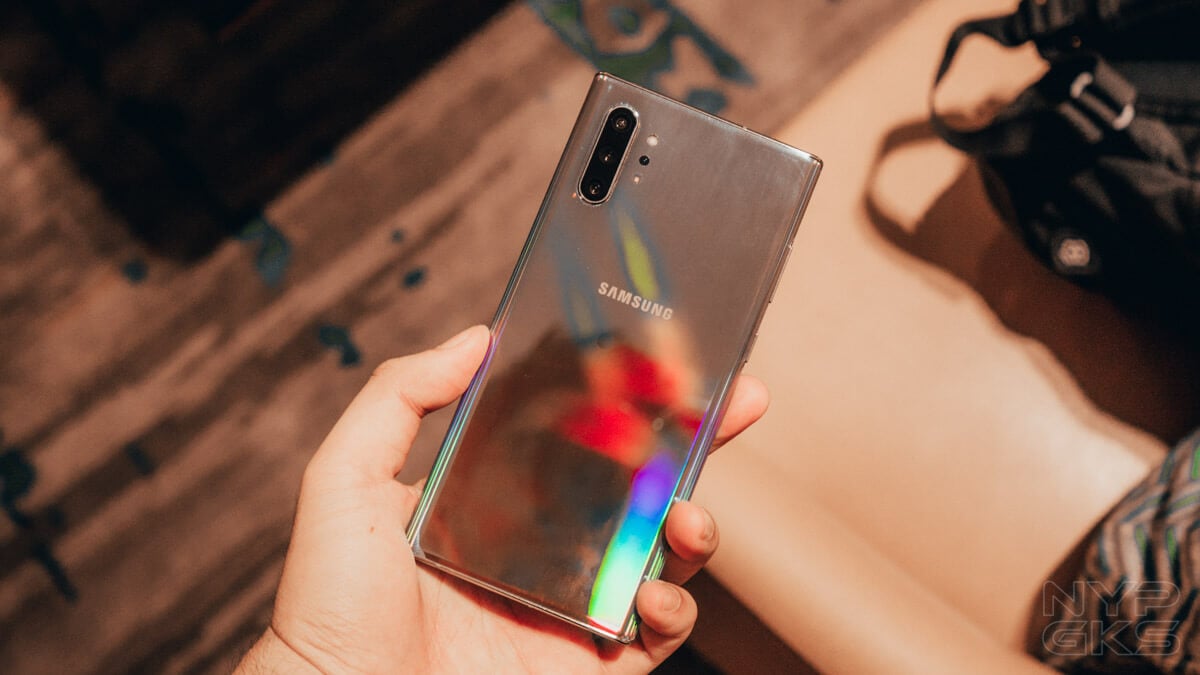 The more expensive model also has a bigger 4,300mAh battery versus the 3,500mAh capacity on the non-Plus variant. The weird part is, the ultra-fast 45W charging capability — which is already seen in some flagships like the Huawei P30 Pro — is not available to the Note 10.

However, the rest of their specs lists are pretty much identical. For one, the Galaxy Note 10 has a 6.3-inch screen that’s noticeably smaller and more pocketable than the Note 10 Plus. Both of them utilizes a Dynamic AMOLED screen that we also saw on the Galaxy S10. 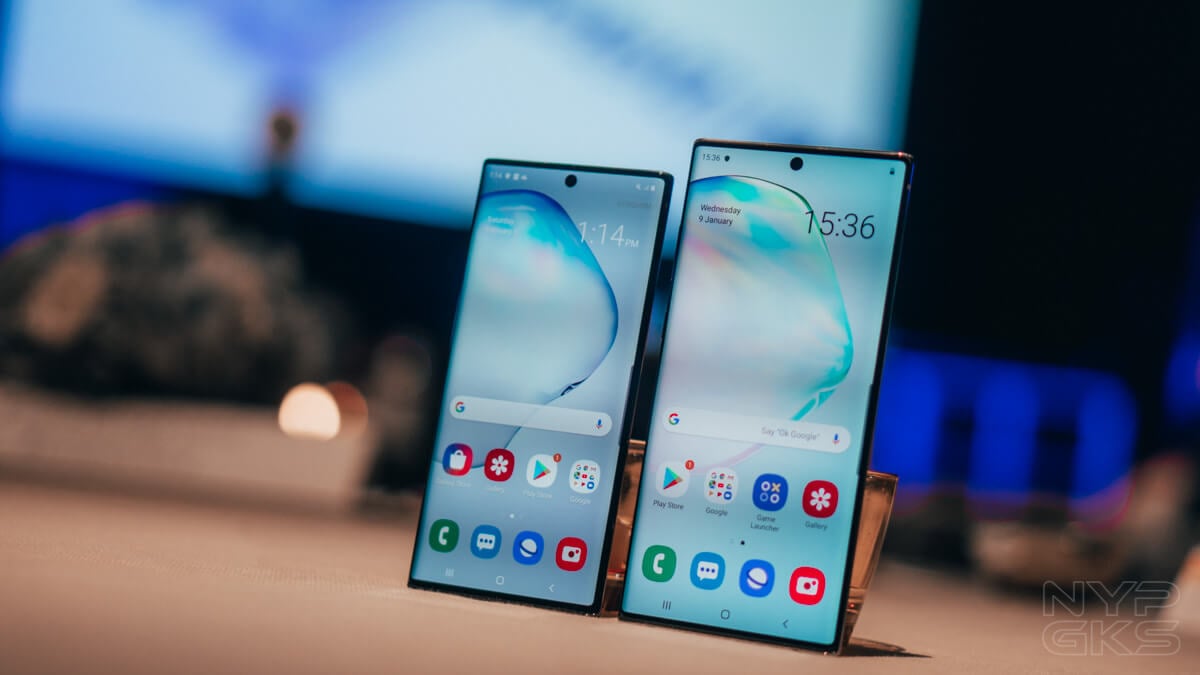 The two also share the same 2.7GHz Exynos 9825 octa-core processor and a Mali-G76 MP12 GPU. The 8GB of memory on the Galaxy Note 10 should be sufficient enough to handle anything. But if you really want to go all out, then the 12GB RAM of the Note 10 Plus might suit you better.

They also come with the new S-Pen, which now has a 6-axis gyro sensor that unlocks gesture controls. Both models are also rigged with AKG-tuned stereo speakers, Android 9 Pie with Samsung One UI, and an ultrasonic fingerprint scanner. 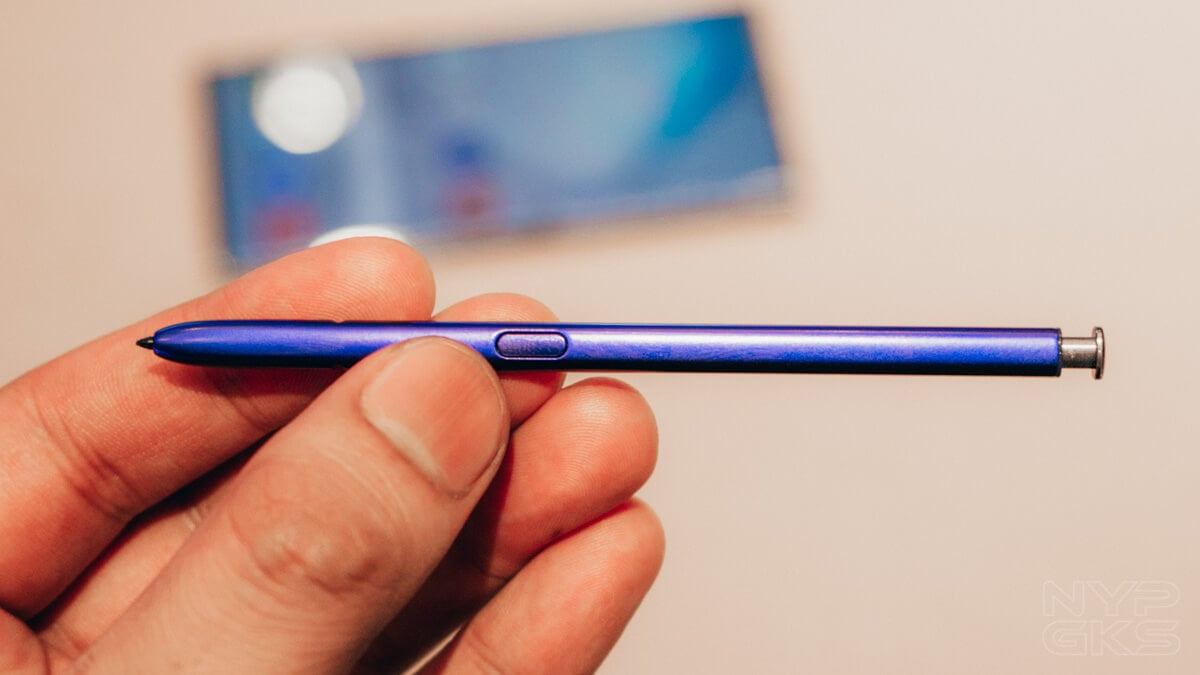 Their cameras are also pretty identical. They share the same 12-megapixel primary camera with dual-pixel AF, OIS and f/1.5-/2.4 aperture, a 16-megapixel ultra-wide, and a 12-megapixel telephoto lens.

If camera quality is only your top priority, there’s no reason to spend more on the Galaxy Note 10 Plus and its extra DepthVision sensor. 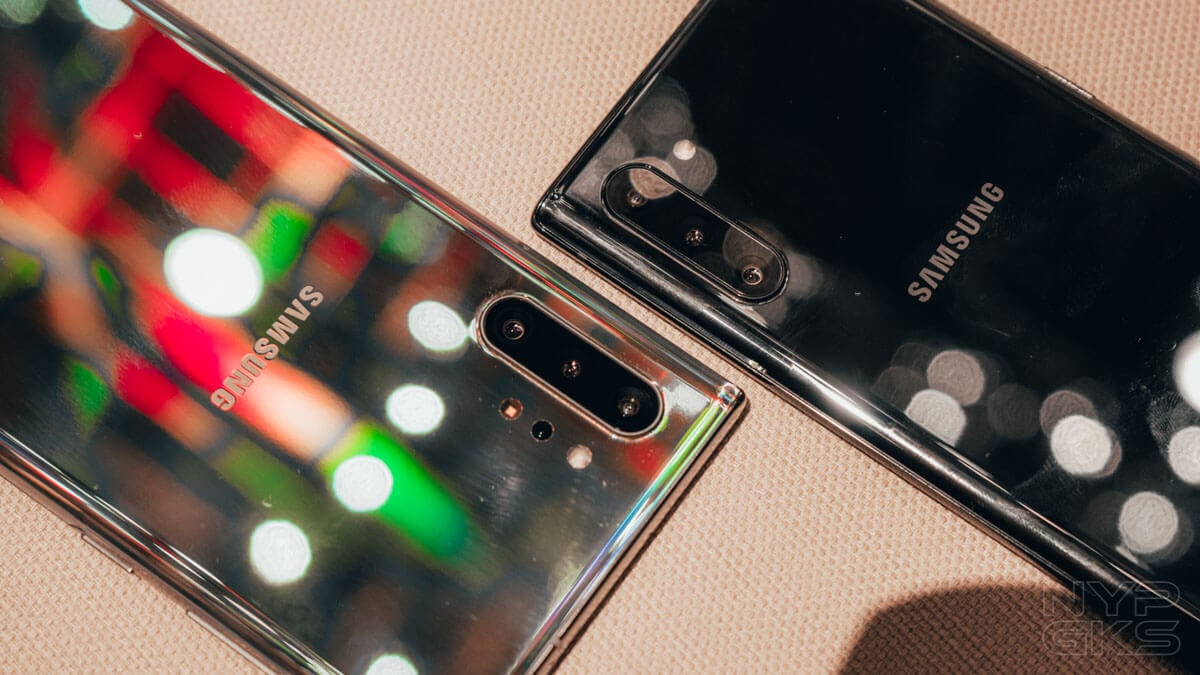 If you don’t care about the extras, then you might want to go with the more affordable Samsung Galaxy Note 10. This one offers the same powerful processor and capable cameras — the main and important features that most people consider when getting a smartphone.

But if you want the best smartphone that Samsung currently makes, then you should really check out the Samsung Galaxy Note 10 Plus. Besides its great processor and cameras, it also offers a bigger and sharper screen and a larger battery capacity.

The Samsung Galaxy Note 10 retails for Php53,990, while the Note 10 Plus starts at Php60,990. You can check out here to learn more about their pricing and pre-order details.