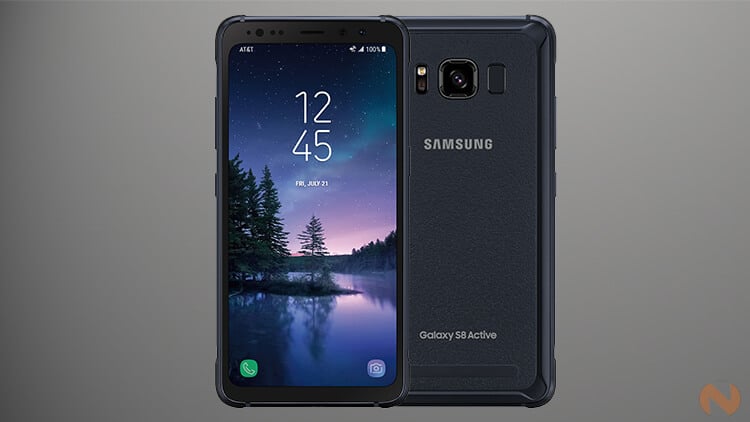 We’ve known that it’s coming and now it’s here. This is Samsung’s follow-up to the stylish and delicate S8, the Samsung Galaxy S8 Active.

The Samsung Galaxy S8 Active follows the company’s tradition of releasing a rugged version of their current flagship. We’ve already seen them do the same thing with the Galaxy S4 and the S5, and now it’s making a comeback for the Galaxy S8.

This new Active version will have almost the same internal hardware with the regular version. But to make it more tough and rugged, Samsung did quite a lot of alteration to the main design. And if you don’t know this by now, one of the Galaxy S8’s highlight feature is its exquisite design.

With the Galaxy S8 Active, you’re getting an extra durable screen that’s shatter, shock, water, and dust resistant. But to achieve this, Samsung has to trade off the Infinity Display feature. But nonetheless, it is still the same 5.8-inch QHD Super AMOLED panel on an 18.5:9 aspect ratio.

The overall build itself is made with military-grade materials. This made the Samsung Galaxy S8 Active protected against shock, abrasion, tilting, and twisting. It also features a textured back cover that improves grip. The Galaxy S8 Active might not be as pretty as the standard version, but it still doesn’t look too shabby at all. Plus, if you consider the extra protection it gives, you’ll forgive its slightly hideous appearance.

Thankfully, it looks like Samsung will not follow the tradition of only offering Galaxy Active handset exclusively in the United States. According to the press release, the phone will be exclusive to AT&T for a “limited time” only.

If it will push through, then this will be the first time a Galaxy Active model will be available outside AT&T. Hopefully, it will also be released outside the US.