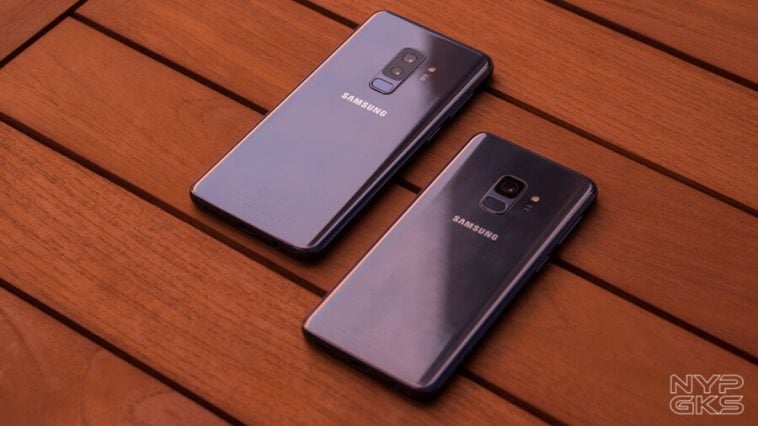 Samsung has just unveiled the 9th installment on their popular Galaxy S-series smartphones. Ladies and gentlemen, say hello to the Samsung Galaxy S9 and S9+.

At first look, the new Samsung Galaxy S9 and S9+ look really similar to its predecessors. These new devices appear to be a more refined version of the Galaxy S8 and S8+, which were already great smartphones in their own right.

The two smartphones offer new software features and great hardware that Samsung is well-known for. It may or may not entice you on getting one, depending on where you are coming from. Official price and specs of Galaxy S9 in the Philippines

The launch of the Galaxy Note 8 marked Samsung’s entrance on the dual-camera bandwagon. And from there on out, we kind of expect that the Galaxy S9 would have it as well. Surprisingly, it’s both a yes and no.

The dual-camera system is only present in the Plus version, which now gives a more obvious differentiating factor between the standard Galaxy S and its Plus counterpart. To put it simply, it’s pretty much the same as how Apple differentiates its two offerings. The Samsung Galaxy S9+ will have two 12-megapixel dual-pixel sensors on the back. While they may have the same sensor size, the two will have several key differences. The first sensor will have 2x optical zoom and a dual aperture that can go from f/2.4 up to a wide f/1.5. This makes it perfect for shooting in low-light, or to achieve those authentic bokeh pictures.

The other 12-megapixel sensor will have a wide-angle lens and a f/2.4 aperture. Both cameras will also feature optical image stabilization.

On the other hand, the Samsung Galaxy S9 only gets a single camera. But it was still able to score that variable f/1.5-f/2.4 aperture, the dual-pixel sensor, 2x optical zoom, and the optical image stabilization. And probably one of the highlights of this year’s Galaxy S9 smartphones are their ultra slow-motion recording feature. Both devices can shoot videos of up to 960fps on 720p resolution. There’s also the standard 4K recording mode with a decent 30 frames-per-second.

Aside from the dual-camera revolution, Samsung is already late on the stereo speakers trend. It’s quite disappointing that the Galaxy Note 8 wasn’t able to get it, but at least we have it now.

Both the Samsung Galaxy S9 and S9+ rocks a stereo speaker setup from AKG. The audio company that Samsung has been in partnership with for a while now. In fact, AKG supplies the headphones of Samsung’s high-end smartphones for some time now.

Additionally, the new Galaxy devices also have Dolby ATMOS support. So if you have that fancy sound system at home, you can fully take advantage of its capabilities with the Galaxy S9.

The new Galaxy S9 smartphones will be the first devices to sport Samsung’s new Exynos 9810 chipset. The new processor will bring all the usual improvements — faster performance, more efficiency, and better battery life. But what’s worth noting here is its AI capabilities. As you all know, Artificial Intelligence has been all around the technology industry today. And thanks to the new Exynos 9810, the new flagships can go head to head with the other advancements that the industry has to offer.

The chipset’s LTE modem can do up to 1.2Gbps of downloads and 200Mbps upload speeds. The chipset also helps the handsets do 4k UHD recording and encoding with great colors and high-quality audio.

The best from Android

Finally, a Samsung smartphone that’s formally powered by Android 8.0 Oreo. If you’ve been following the news, Samsung is having a hard time making Oreo work for the Galaxy S8. But with the S9, it looks like Samsung has finally ironed things out.

On top of Android, there’s the Samsung Experience 9.0 — a rebranded TouchWiz interface that we both hated and loved on previous Samsung smartphones. This new experience will have a better keyboard, new emojis, faster search results, more Bixby-ness, and a whole lot more. It will have features that will take full advantage of the new processor, large screen, and the S9’s other hardware.

Pricing and availability of the Galaxy S9 and S9 Plus

The Samsung Galaxy S9 with a 4GB/64GB configuration will retail for a price of Php45,990.

On the other hand, the Samsung Galaxy S9+  with the 6GB/64GB memory and storage will be at Php52,990. While the  6GB/128GB combination will cost you Php55,990 and it will come in Midnight Black, Lilac Purple, and Coral Blue colors. The grandest of them all, the 6GB/256GB configuration will only be available in Midnight Black and Coral Blue colors. It has an SRP of Php60,990 and it’s only available on a pre-order basis.

Pre-order starts on February 27 until March 6, 2018. Those who will pre-order will be entitled to either a free Samsung Wireless Charger Convertible, AKG S30 Bluetooth speaker, or Php3,500 discount on Samsung accessories. Both handsets will be officially released in the Philippines on March 16.