After months and months of numerous leaks, it’s finally here. This is the Samsung Galaxy Note 8, the new Android phablet to beat.

The Galaxy S8 and S8 Plus might have saved Samsung’s name after the Galaxy Note 7 fiasco. However, there is still a lot at stake on this one. With that, let’s see what Samsung has done to make people forget the tragic past of the Galaxy Note line.

In an unsurprising move, Samsung used the same design language of the Galaxy S8 to the Note 8. Just like its smaller sibling, this new phablet is sandwiched with glass and a tiny metal band that puts everything together.

At the front, we do have the large 6.3-inch QHD+ Super AMOLED screen, with the gorgeous looking Infinity Display. The screen looks like it has melted seamlessly at the sides of the device.

The Infinity Display doesn’t only look good, but it also made the smartphone’s dimensions to the minimum despite the huge screen size. Also, with a display this big, there’s more screen real estate to utilize for multitasking and gaming. 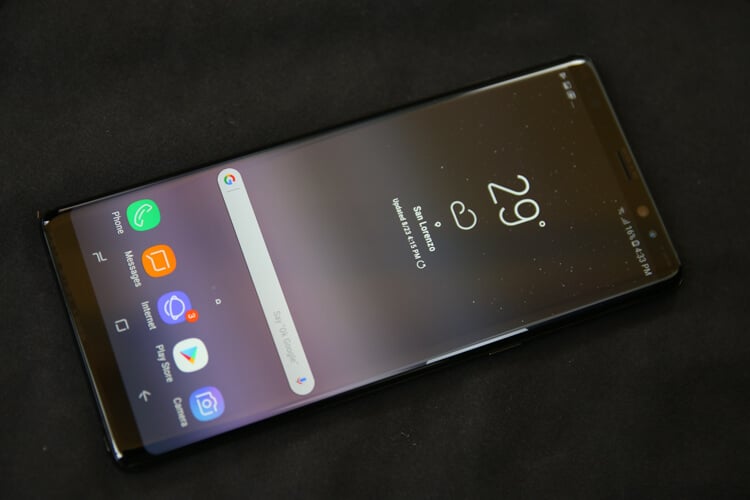 And despite its stunning looks, the Samsung Galaxy Note 8 isn’t as fragile as what you might expect. For a device this premium, we should expect it to at least have some level of protection.

With its Infinity Display and glass-on-glass design, we can’t expect it to be as rugged as most shutter and shock proof handsets out there. We can leave that feature to an “Active” model — if Samsung would ever come up with one.

For the meantime, let’s just be satisfied with its IP68-certified water and dust resistance. As per Samsung, the Galaxy Note 8 can withstand up to 5 feet of water submersion for up to 30 minutes. And in case you’ll be getting one, we won’t advise you to do so. Having this kind of protection is just enough to give you a peace of mind in case of accidental water splashes and submersion in the pool.

Samsung might be late on the dual-camera race, but that’s because of an important reason. It appears that Samsung has taken their sweet time in developing their new smartphone camera technology. And from what we can see from the Samsung Galaxy Note 8, the wait was worth it. 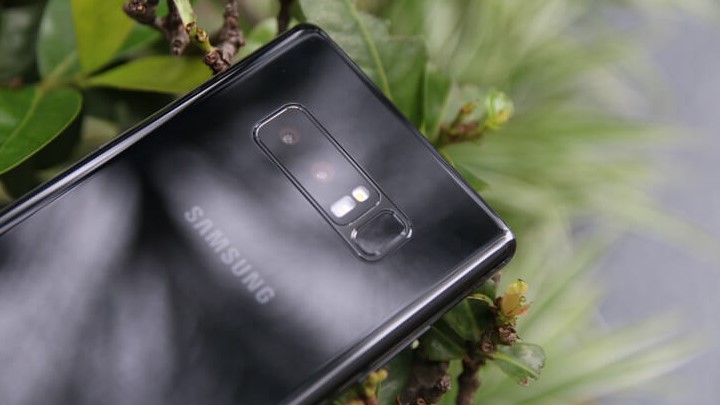 The camera technology that Samsung showed off earlier is exactly what we are seeing here. This thing packs two 12-megapixel rear cameras, both of which has Optical Image Stabilization (OIS).

Most dual camera-equipped smartphones would either have a telephoto or a wide-angle lens attached to the second shooter. But Samsung is taking it a step further by having both kinds of lenses in one device.

Lastly, it wouldn’t be a real 2017 smartphone without a kickass selfie camera. What we have here is an 8-megapixel front-facing camera with autofocus.

The S-Pen has always played a vital role in the overall Galaxy Note experience. That’s even the reason behind its name — you can’t write a note without a pen. But only on this device’s case, what we are really using is a stylus. A stylus that Samsung is putting a lot of work on to make it look and act as a normal pen. 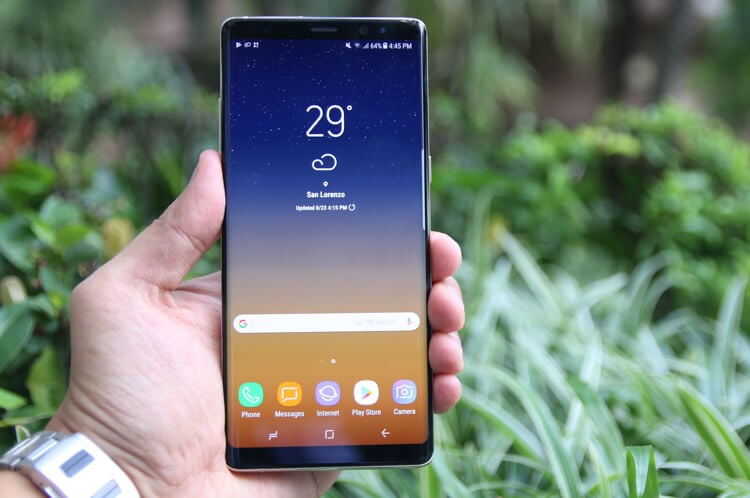 Each iteration, Samsung is always adding new tricks up the S-Pen’s sleeves. New apps and commands that encourage you to utilize this included accessory. But this time around, Samsung kept the shenanigans to the minimum and has now come up with new features that can be really useful.

The S-Pen is said to have a finer tip and improved sensitivity. Samsung also added Live Message that lets you send animated texts and drawings using the stylus, in a GIF format. You can also jot down notes with its always-on display, and translate texts and sentence in up to 71 languages.

This is a sensitive topic, considering the things that happened in the past. But as they learned things the hard way, Samsung took a lot of action to ensure everyone that it won’t happen again.

The company has developed an 8-point Battery Safety Check, which, as per Samsung, the most rigorous in the industry. The company also teamed up with UL International, an independent company with an expertise in safety solutions.

That basically means that the Samsung Galaxy Note 8 went through a lot of tests and is safe to use for the consumers.

Of course, it wouldn’t be a real flagship if it didn’t include powerful specs. However, not much has changed. The Galaxy Note 8’s RAM is now at a spacious 6GB, a 2GB jump from the S8. As for the processor, it still uses the in-house Exynos 8895 chipset. Basically, it’s kinda an S8 Plus with more RAM, S-Pen, and Note-related software tricks.

The Samsung Galaxy Note 8 (Midnight Black/Maple Gold) will be available for pre-order starting September 8 up to September 17. Those who will pre-order will be given a Php7,990 worth AKG speaker as a freebie. It will be available online via Lazada or through your nearest Samsung store. It has a hefty asking price of Php49,995, Php4,000 more than the Galaxy S8 Plus.