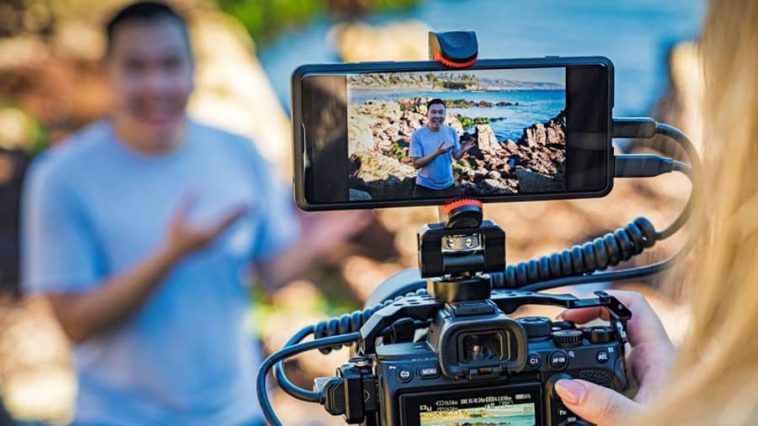 The Sony Xperia Pro have been announced with one unique feature.

Bearing a dated Snapdragon 865 processor, it looks like the Sony Xperia Pro was developed long ago. The company may have waited until they can release its new Alpha 1 full-frame camera, which pairs well with this device.

The Xperia Pro has a micro-HDMI connected, so you can plug it directly into the Alpha 1 and use it as an external monitor. Also, partnered with its mmWave 5G, it can instantly upload photos and videos from the Alpha 1 to an FTP server even when you’re on the field.

If you plan to use it as an external monitor, the Xperia Pro is rigged with a 6.5-inch 4K HDR OLED screen. The 4,000mAh battery might not be the biggest, but in a real Pro scenario, you’d be adding a power bank on your rig so you can shoot without interruptions.

It then shares the same glass on glass design that other Sony devices like the Xperia 1 II have. It’s protected by the latest Corning Gorilla Glass 6.

What’s surprising here is the price. The Sony Xperia Pro 5G has a price of USD2,499 (around Php120,200) and currently exclusive to Verizon in the United States. A 4G-only model is also available, but its price is yet to be revealed.