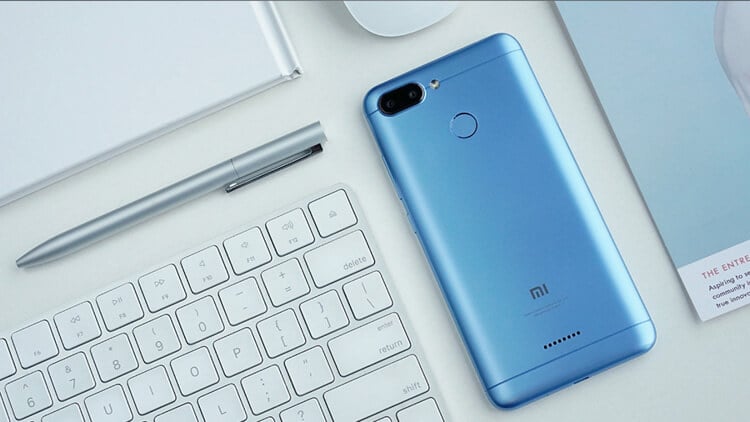 Xiaomi has just launched their new line of entry-level smartphones led by the Xiaomi Redmi 6.

What hasn’t changed is the memory and storage options. The Xiaomi Redmi 6 will be available in 3GB / 32GB and a higher 4GB / 64GB variant. Both are still expandable up to 256GB using a microSD card, in case the user needs more space. On the downside, the Xiaomi Redmi 6 has a hybrid SIM tray which means you can either have two SIMs cards in or sacrifice the other slot to give room for the microSD card. A lot of people wouldn’t find this as an issue, but we’re pretty sure some power users would.

Oddly enough, the screen is marginally smaller. The Xiaomi Redmi 6 only has a 5.45-inch screen compared to the 5.7-inch display of the Redmi 5. It still has the same HD+ resolution, though, and an 18:9 aspect ratio sans the display notch that we saw on the Mi 8. What’s really new here is that the standard Xiaomi Redmi 6 now has a dual rear camera setup, which used to be an exclusive feature to the Note / Plus variant of the series. There are 12-megapixel and 5-megapixel dual cameras at the back, with the second sensor only used for depth sensing for the Portrait mode feature.

In front, it has a rather disappointing 5-megapixel selfie camera. Clearly, Xiaomi’s focus is still on the power users, so they didn’t put too much effort on the selfie camera — unlike what most of its competitors are currently doing. Xiaomi Redmi 6 runs on Android 8.1 Oreo, which will provide the best possible performance that it can squeeze out from its hardware because of its optimizations. In addition, the operating system is skinned with Xiaomi’s own MIUI 9 interface.

It is most likely that the Redmi 6 will be compatible with Xiaomi’s new MIUI 10 — which will provide new interface features, refreshing look, and improved AI-powered features. It’s not yet out, but we’re sure that it will be one of the first few phones to get it. The Xiaomi Redmi 6 price is CNY 799 (~Php6,700) for the 3GB/32GB variant, while the more expensive model costs CNY 999 (~Php8,300). The official pricing and availability of the Xiaomi Redmi 6 in the Philippines are yet to be announced. But considering recent developments in Xiaomi’s presence here in the country, we expect them to launch it here soon.