Do you have what it takes to be a world gaming champion? Prove it at the ESL One Manila, known as Asia’s biggest Dota 2 Tournament. Online registration for open qualifiers all over the country is now open.

Here are the schedule of the events: 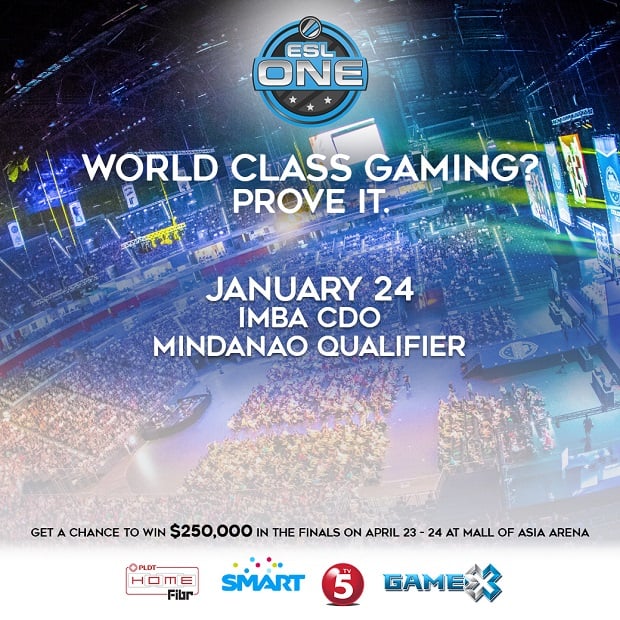 You must have a team of five Filipino Dota 2 players to register. During the qualifiers, registered teams compete in a single-elimination format, with only one team coming out on top at the Philippine Finals from March 8 to 13. This team will represent the country and fight international teams. More information, including the registration link, is available via Smart’s press release.

Organized by the Electronic Sports League (ESL) in partnership with Smart and PLDT, the ESL One Manila is a gathering of the world’s best Dota 2 teams to compete for the $250,000 (approx. Php12 million) prize money. It will be held on April 23 to 24 at the Mall of Asia Arena.