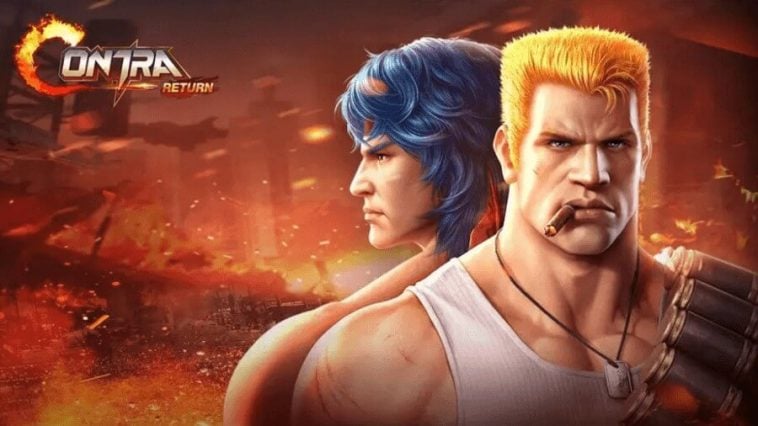 Developed by Tencent Timi Studio Group and Konami, the vintage side scroller game, Contra: Return is back with new and exciting gameplay, high definition graphics and vivid sound effects.

Currently, the game is out in China and Taiwan and other Southeast Asian (SEA) countries like the Philippines, Singapore, Malaysia, Indonesia and Thailand. It’s currently free to play with in-game purchase options.

The new installment to the Contra franchise has plenty of game modes to keep players hooked. Whether it’s playing PVP mode, Arena Mode, Completing challenges, Playing Duos and even doing Story Missions, Contra has got you covered. Underwater 8 missions, One Life Mode, Fort Battles, Boss Challenges, Alien Invasions, to name a few, are just some of the popular game modes in the game. PvP mode lets you test your skills with other players. You can choose between 1v1 or 3v3, compete in ranked, stronghold, hero battlefield, and various other fun modes. You can also choose between Bill and Lance or from 18 other playable characters with their own set of moves and ultimates. You’ll get experience points and other bonuses while playing.

Contra also has hundreds of weapons to choose from. These weapons can also be customized  and modified to fit the playstyle of the user. Perfect if you only prefer rocking a certain type of weapon only. Classic gamers can now relive their childhood memories through this modern adaptation of a legendary game while new gamers, who haven’t played this game yet can get their hands on it as well. A win-win for both sides.

Contra: Return is now available for download on the Google Play Store. There’s no official word yet on when the game will be released on iOS but it should be out soon.