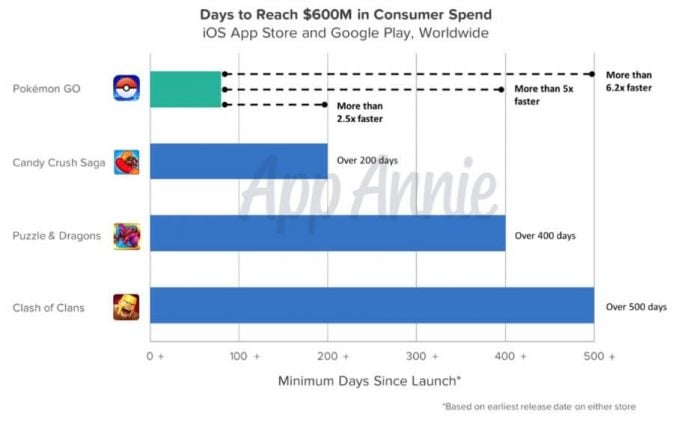 Even though the hype has dwindled down since its launch, it’s success is incredibly remarkable.

Market researcher App Annie published a report regarding the revenues of top mobile games. In its list, the free-to-play augmented reality game made by Niantic Labs, topped the charts with its record-breaking achievement.

In 90 days, it was able to hit a total of $600 million in revenue. Candy Crush, another popular game, pales in comparison because it took more than 200 days to achieve it. Meanwhile, Puzzle & Dragons took 400 days. And Clash of Clans, one of the most popular in the Philippines, got it in over 500 days. We’re not saying that these other games aren’t as successful, but the Pokemon Go hype train was no doubt the strongest of them all. It first broke out in social media and people went nuts upon hearing its launch. Niantic Labs even struggled in keeping the servers up and launching the game quickly in as many countries as they can.