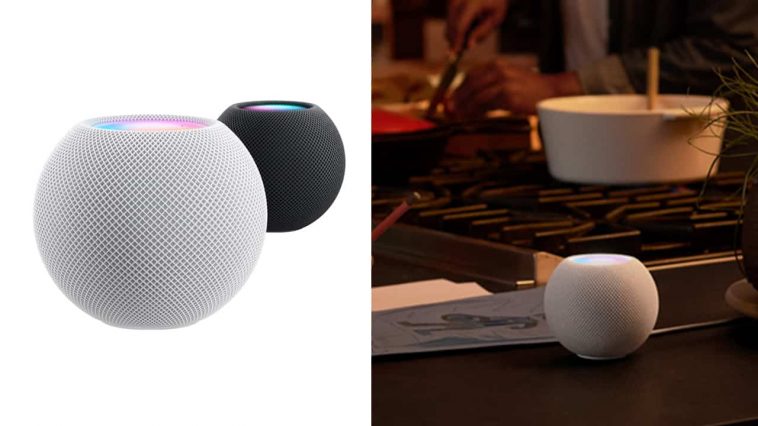 Apple is introducing a smaller and cheaper member to its smart home speaker line with the new HomePod Mini.

Unlike the original HomePod, the Apple HomePod Mini features a smaller rounded design that’s only 3.3-inches tall. It is wrapped in mesh fabric, with a unique light panel on the top that houses the touch controls.

It features a full-range driver and dual passive radiators for a 360-degree sound. As per Apple, it offers deep bass and crisp highs. You can have two of these in a single room for a stereo pair setup.

Apple also highlights its computational audio technology that improves the overall sound quality and volume, while still having the ability to hear voice commands through the built-in speakers.

Speaking of voice commands, the HomePod Mini has built-in Siri, Apple’s proprietary voice assistant. It should work well on your Apple TV, iPhone, MacBook, iPad, and other Apple ecosystem devices.

It can recognize voices of up to six different family members to tailor each command. Plus a new intercom feature, which delivers quick voice messages on all HomePods and other Apple devices in the same family account.

The Apple HomePod Mini has a price of USD99 (around Php4,800) and comes in Space Gray and White. We never officially got the original HomePod here in the Philippines. Hopefully, this time, we do.