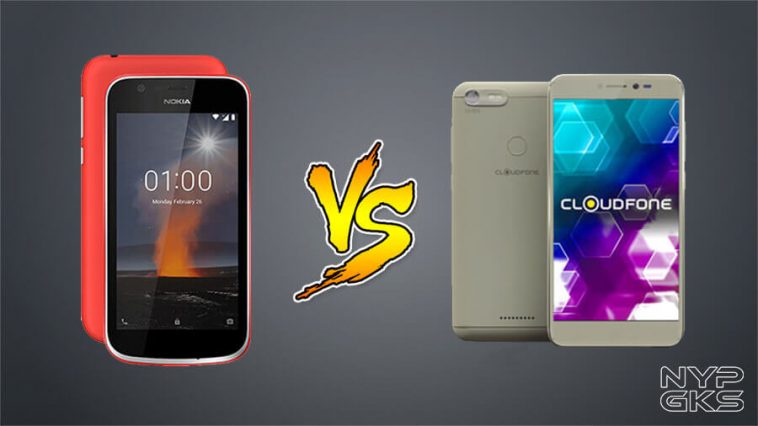 It appears that most of Nokia and HMD Global’s releases are highly anticipated. And now that they launched the low-end Nokia 1 smartphone in the Philippines, the company is set to gain a better footing here in the country.

But the question is, how does it stack up with other devices that are already here in the market? We compared the Nokia 1 with other competing devices yesterday.

But this time, we’ll be comparing it with the Cloudfone Thrill Snap. Just like the Nokia 1, this is a sub-Php4k device from a company that used to belong to the best-selling local smartphone brands in the Philippines. Can Nokia 1 steal the show from Cloudfone? Or can the Thrill Snap easily upstage the Nokia 1? That’s what we are here to answer in our Nokia 1 and Cloudfone Thrill Snap specs and features comparison.

By looking at the table above, it’s really hard to tell which between the Nokia 1 and the Cloudfone Thrill Snap is the real winner. So let’s try to list down the battles that each have won. First off, the Nokia 1 clearly owns the software department. It runs on the new Android 8.1 Oreo and it even comes in Go Edition. This means that the interface can provide fairly smooth experience despite its low-end hardware.

The Nokia 1 also has 4G LTE, which is its main advantage over the Thrill Snap. It’s already 2018, so everyone should have access to ultra-fast internet.

However, it appears that the Thrill Snap has most rounds won. It has a bigger and sharper display, higher-clocked processor, twice the storage capacity, better cameras, larger battery, and even a slightly cheaper price tag.

But then again, the Nokia 1 runs on a more efficient software, which could make or break a smartphone especially at this level. But at the end of the day, it will be up to the consumers if they think that all the extras in the hardware department of the Thrill Snap are worth it. On the other hand, other people may opt for the better wireless connectivity and user-experience with the Nokia 1.

For comparison, the Cloudfone Thrill Snap is a little bit cheaper with its price tag of only Php3,999. Meanwhile, the Nokia 1 has an SRP of Php4,290.