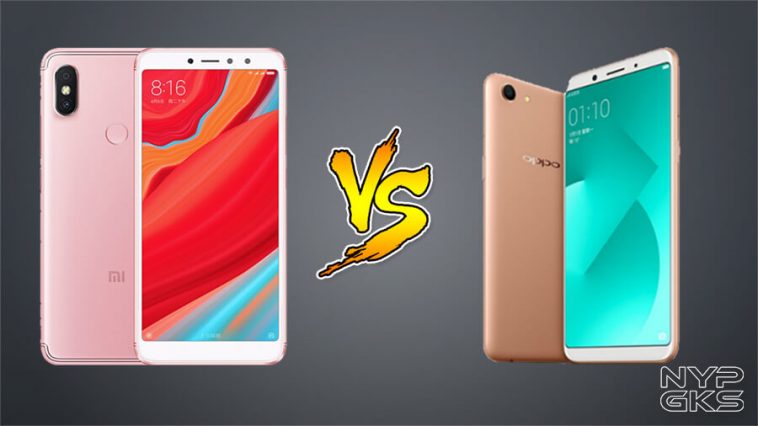 Xiaomi amazed everyone when they launched the Redmi S2 here in the Philippines. As expected, the company maintained their tradition of bringing the best possible specs for the price — which was showcased even on their low-end devices.

However, it wouldn’t be an easy task for Xiaomi as the local industry is already saturated with entry-level devices like the Redmi S2. The company will be going up against the bunch of players on the industry like OPPO.

In this particular market, OPPO has their A83 to battle with anyone who would dare to penetrate this market.  The company is equipped with strong marketing prowess and a slew of features that are very enticing for the mainstream consumers. So the question is, does the Xiaomi Redmi S2 have what it takes to flourish in the competitive entry-level market? Or will the OPPO A83 continue to bring the bigger numbers for its brand? Let’s try to answer that in our Xiaomi Redmi S2 versus OPPO A83 2GB specifications and features comparison. To no one’s surprise, the Xiaomi Redmi S2 clearly obliterated the OPPO A83 2GB in this comparison — an impressive feat considering that the device is noticeably cheaper than the competition.

The Xiaomi Redmi S2 sports a slightly bigger screen set at 5.99-inches, while the A83 is marginally smaller at 5.7-inches. They share the same 18:9 aspect ratio screen and HD+ resolution, which makes the A83 more pixel-dense.

Xiaomi’s offering also has a noticeably better set of cameras — at least on paper. Its front camera is a 16-megapixel sensor, which has twice as much resolution than the 8-megapixel sensor found on the latter. But to OPPO’s credit, their camera app handles selfie way better than anyone else. The Redmi S2 also offers a more compelling camera system at the back. It has a 12-megapixel + 5-megapixel dual rear cameras, with PDAF and gyro electronic stabilization. Meanwhile, the OPPO A83 only has a 13-megapixel camera with standard autofocus and LED flash.

Xiaomi also managed to squeeze in a fingerprint scanner on the Redmi S2, while the A83 only has the face unlock feature for security purposes. It also runs on the latest Android 8.1 Oreo, while the A83 is stuck at Android 7.1.1 Nougat. Probably its most impressive feat, the Redmi S2 comes with a Qualcomm Snapdragon 625 octa-core processor. That’s a chipset that we rarely see in this category as it usually belongs on smartphones on the midrange category. On the other hand, the A83 comes with the standard MediaTek Helio P23 octa-core processor.

To wrap it up, I guess it’s pretty clear who is the winner here. For Php1,000 less, the Xiaomi Redmi S2 offers a more compelling value for its price tag of Php7,990 — a value that’s probably even worth more than the OPPO A83 2GB’s Php8,990 asking price. But if you’re already planning on getting one, then I wish you good luck. As some of you might already know, Xiaomi’s budget smartphone like this easily goes out of stock. Also, their handsets are only available in a limited number of stores. As of writing, the Xiaomi Redmi S2 is only available in flash sales.

On the other hand, the OPPO A83 is pretty much available in every mall and gadget shop around the Philippines. But if you’re willing to go through the hassle of getting the Redmi S2, it will obviously be really worth it.