Last year, AMD launched their new processor line — the Ryzen Pro. That new chipset family was targeted for professional and corporate use, but not until now.

The first AMD Ryzen Pros only had integrated graphics instead of discrete ones which make perfect sense since its focus market is mostly office workers. These people don’t necessarily do heavy computing tasks.

They spend most of their time checking emails, browsing the web, doing spreadsheets, and what not. These tasks don’t require heavy graphical power. However, the lack of discrete graphics also meant that the Ryzen Pros are only limited to this market. 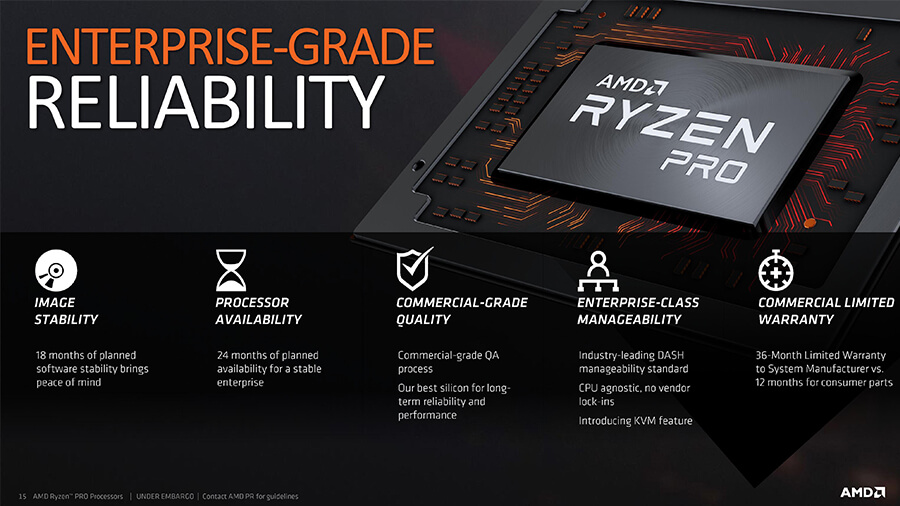 Now, the company is releasing the new AMD Ryzen Pro APUs. These new processors are almost identical with its predecessors but they are more powerful thanks to Radeon Vega Graphics.

The new Ryzen Pro chips come in seven flavors — four for the desktop, and another three for mobile processors.

AMD also partnered with different OEMs to feature their new Ryzen Pro APUs. Dell went on board with their Latitude 5495 laptop and OptiPlex 5055. HP will be launching the EliteBook 700 G5 and ProBook 645 G4 laptops as well as the  EliteDesk 700 desktops. Lenovo is also joining the party with their ThinkCentre M715q and M725s desktops and the ThinkPad A line of laptops.

AMD hasn’t announced the official price and launch dates of these upcoming machines.