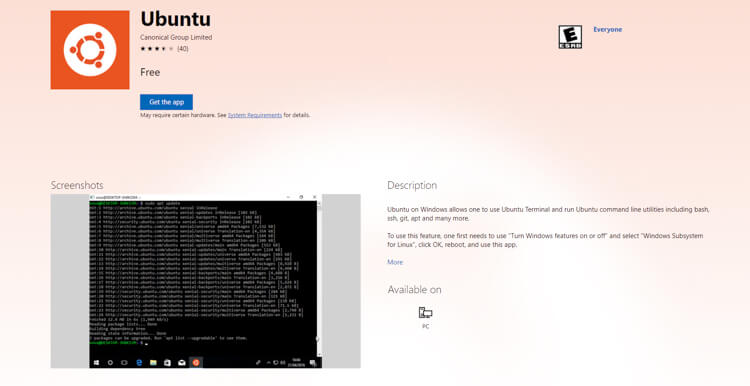 Earlier this year, Microsoft announced that they will be bringing the most popular Linux distributions to Windows 10 via the Windows Store. And staying true to their promise, Ubuntu for Windows 10 is now available for download.

This move is just one of the first steps that Microsoft is taking to attract the developers and coders to use Windows 10. Other than Ubuntu, Microsoft also promised that they’ll also be bringing SESU Linux and Fedora. The arrival of the other two is yet to be announced. The Linux distros will run on Windows 10 as a sandbox on the side. It also offers the standard command-line utilities as an independent installation. And since it’s running on Windows, it lets you have access to its files and hardware.

You can download Ubuntu via the Windows Store or the Microsoft website here. To install, head on to the Control Panel and go to the “Turn Windows features on or off”. On that tab, pick the “Windows Subsystem for Linux”.